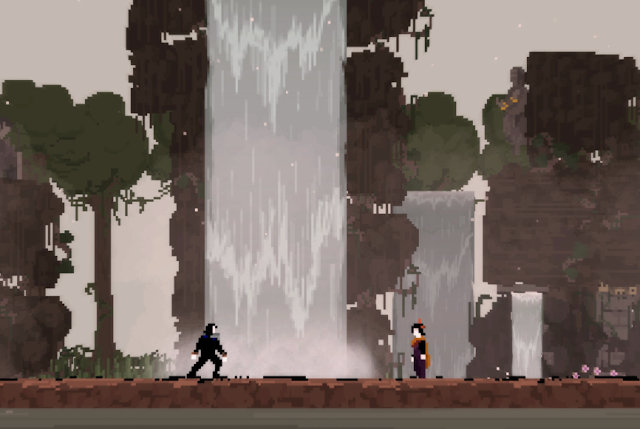 “There’s a bit of being a foreigner in Japan in Olija. The idea of being in a different country where you lose your comfort level. Walking around and living among people that I just didn’t know back then.”

Olija is an upcoming action-adventure platformer inspired by classics such as Prince of Persia and Another World, and draws on Kyoto-based developer, Thomas Olsson’s personal sense of wonder and alienation in relocating to an entirely new life and location. In-game, this has manifested itself in a journey into an exotic fantasy, similar in its adventurous spirit to something like Pirates of the Caribbean or The New World.

“It’s an experience that’s both exciting and scary,” Olsson said. “It stimulated a lot of new thoughts and ideas that I’d never thought on before.”

The genesis of Olija speaks to Olsson’s experience in the games industry itself. Many independent developers start out working at a major developer/publisher like EA, Activision or Square Enix, before breaking off to do their own thing. Olsson, meanwhile, is on to his second game with Olija, and it has always been an instinctive, creative, and personal process for him, in which he hasn’t needed to answer to producers or implement the creative ideas of others into his work. 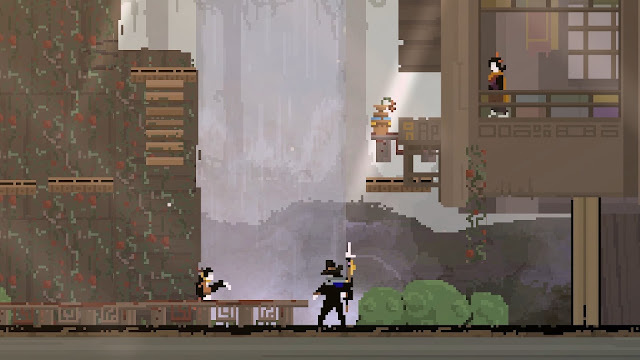 However, making games that way always comes with risk, Olsson added. In his case, it’s very much the risk of putting himself and his ideas out there for an audience to experience. “Financially speaking, I wasn’t at risk; I have other work and it’s not vital for me as something critical to my livelihood,” he said.

“But sure. It’s scary. I’m more scared of being able to fully express what I’m trying to make the game about. For example, there was one point where I was in a very dark place and trying to figure out what the game was supposed to be, and I hit a wall where I was refusing to let go and just go with the flow. I was trying to stick to a vision and it was not true anymore.

“And I also wonder whether it doesn’t really matter what I’m trying to convey. In the end, it’s up to the people to decide what the game conveys. All I can say is that I try to make a story, based on things that are personal to me but I’m not sure how people will receive it. Will they take it seriously, or will they think it’s dumb and funny? That’s not my call.”

One of the most interesting things about game development as a creative pursuit is that it is the one art form where player participation is, at the very least, as important as developer’s vision. Audiences interpret what they read in books and see on the stage and in the cinema, so there is “interactivity” in those mediums, but in video games, the creator genuinely has no control over what the player even ends up seeing. Once the controller is in their hands, they’re the ones wielding the paintbrush. 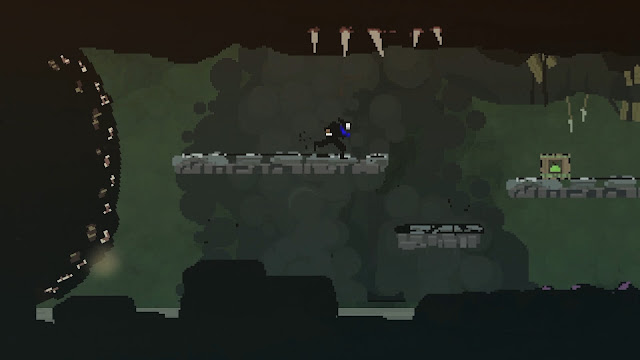 I asked Olsson if this feels like a challenge when the game developer might be trying to tell a story – potentially, a deeply personal one.

“For example, look at the speedrunners. I don’t enjoy that personally, but I think it’s still like a very impressive performance they do, and of course, if they want to play the game that way then it’s totally up to them. In showing people my game I did find myself frustrated because people would start to jump around in what I felt were very important narrative scenes and I would wish that the player would go into a more passive stance and become more observant of what’s happening, but they don’t want to. Some players would just keep jumping or throw the harpoon, and ignore the NPCs that talk.

“That can feel like the player doesn’t respect my creative ideas. But that’s not the way it is. I’m the one in the wrong for feeling that,” he added. “As a designer, I have come to accept that and try to anticipate the different ways that people might want to play the game so that my work can appeal to them too. If you want a player to play in a certain way then you need to find a way to encourage them to do so. But you can’t put the shackles on. That doesn’t work.” 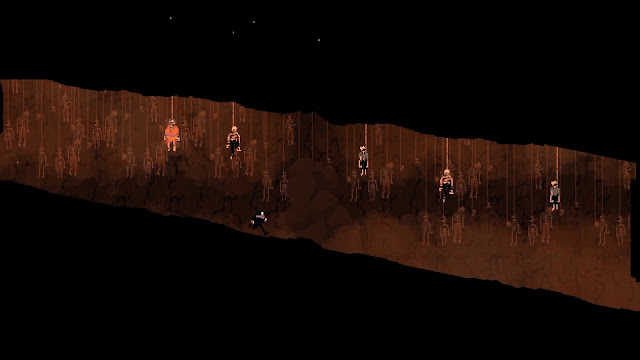 Another challenge that one-person developers often face is in the feedback stage for their work. Something that they think might work might not work for the audience, and once you start sharing that work around, the feedback can come in thick and fast, so filtering through the good advice that will benefit the game can be a challenge when, as a single developer, it’s hard to look at the feedback objectively. Deeply personal as the project might be, Olsson has found a publisher for Olija, with indie specialists, Devolver Digital, picking it up, and that was fortuitous for Olsson, as Devolver has proven to be the kind of publisher that gives him the feedback that he was looking for to improve the experience while maintaining his creative vision.

“I was expecting them to come in and try to have me fix whatever they felt was average but what surprised me that they didn’t really care about that,” he said. “Instead they have been encouraging me to make better what was already good. They would tell me that the harpoon thing is great, and it might be even better if I did that, that and that. They were tiny things, but the suggestions were to make what was already in the game better.”

Many of the games that inspired Olija are infamous for being difficult. Prince of Persia and Another World are classics as much for difficulty as anything else. Another recent release with a similar theme and aesthetic, The Eternal Castle, is also an incredibly challenging game. However, Olija will approach things from a different perspective, not only to make the game more accessible to more people, but to encourage them to approach the game with a more playful mindset. 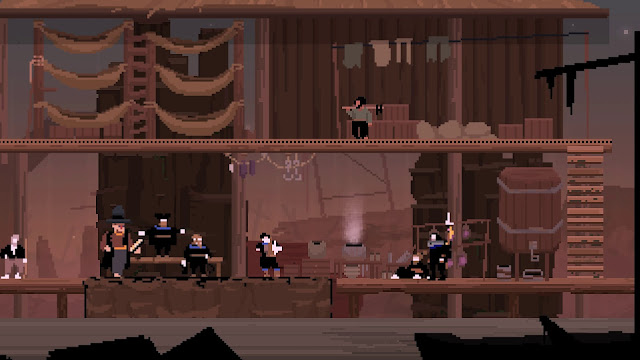 “One of the appeals of lo-fi visuals and pixel art is that there’s not that much detail to it,” Olsson said. “It comes across as a little vague, and that’s what I like about it. I’ve never had an interest in making a ‘retro’ game, and I don’t consider Olija ‘retro’. With the pixel art, you have to figure out for yourself the details and fill in the blanks – it’s about encouraging the imagination.

“That’s why I’m not that interested in the game being challenging like a ‘retro’ game would be,” he added. “I never found dying and retrying over and over again very interesting. It’s too much time dealing with frustration and as a game developer, I don’t think I could balance that. Olija is not about winning or losing, it’s about having fun with the fencing and tossing the harpoon around and playing with combos.”