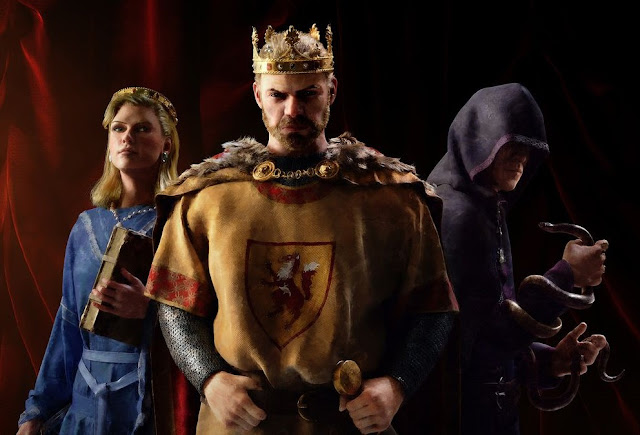 I do like games based in real-world history that actually respect the history, and Paradox Interactive’s strategy games have been some of the more respectful out there. Europa Universalis IV is great, for example, but as great as it is, there are a lot of people that swear by Crusader Kings instead, and the good news is that the next Crusader Kings (Crusade Kings III) finally has a release date.

The game lands on September 1 via Steam, the Microsoft Store, the Paradox Store, and Xbox Games Pass for PC. Sadly Paradox refuses to release its strategy games on console, but thankfully the requirements for these games are generally modest enough for most current set-ups.

– Choose a royal or noble house from a number of realms on a map that stretches from Iceland to India, from the Arctic Circle to Central Africa.
– Guide a dynasty through the centuries, ensuring the security and power of each new generation. Gather new lands and titles to cement your legacy.
– Be a pious king to bring the religious powers to your side, or strike out on your own, designing your own splinter religion and earning everlasting fame or eternal damnation.
– Knights, peasant revolts, pilgrimages, Viking raiders…experience the drama and pageantry of the Middle Ages.

As a 4X you’ll need to handle diplomacy, economics, military and development aspects in your empire, and if Crusader Kings is anything up to the usual standard of Paradox games, the systems that link all this stuff together will be beautifully intricate.

There are also not one but two trailers to show off the game’s storytelling and gameplay elements. One of the most beautiful things about Paradox games is that they’re more than academic exercises – there’s some real quality emergent storytelling that comes out of them, and that’s part of the reason you can spend hundreds of hours lost in these games.

Something to look forward to later this year!

Nintendo announces a new Paper Mario with an imminent release

Review: What The Golf? (Nintendo Switch)