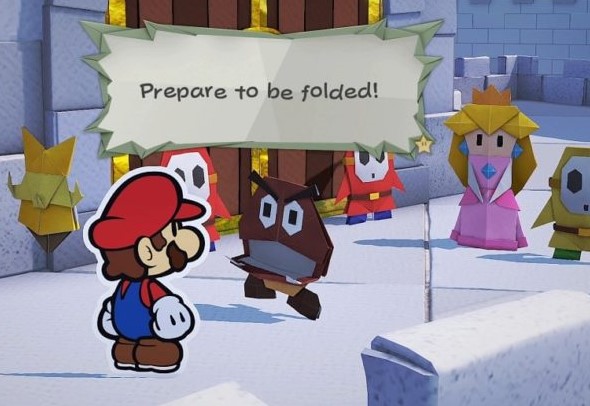 “It’s not a good look, Nintendo!” wrote one pundit just a few days ago when Nintendo outlined its 2020 content strategy recently, and there wasn’t that much on it. Nintendo was lazy and in trouble for not releasing an endless stream of new content for its Switch console… except it clearly has plans and it’s just adopting a strategy of shorter PR campaigns for them in this highly disrupted business environment. The pundit never bothered to mention that in his insightful and highly qualified analysis of Nintendo’s business strategy. Case-in-point: Nintendo is going to release a new Paper Mario in two months.

Paper Mario: The Origami King will land on July 17, and looks set to be a very typical entry in the Paper Mario series, with humour, puzzles, and turn-based combat abounds. The origami visual aesthetic is a delight, too, and it will have a significant impact on the gameplay, too, as origami is the art of folding paper, and you’ll be able to do that to solve many of the game world’s puzzles.

This one’s available for pre-purchase and load now. Backing on from Xenoblade Chronicles and Clubhouse Games, Nintendo’s Switch output through winter is now looking very robust indeed. Even if you do look at it as just content.