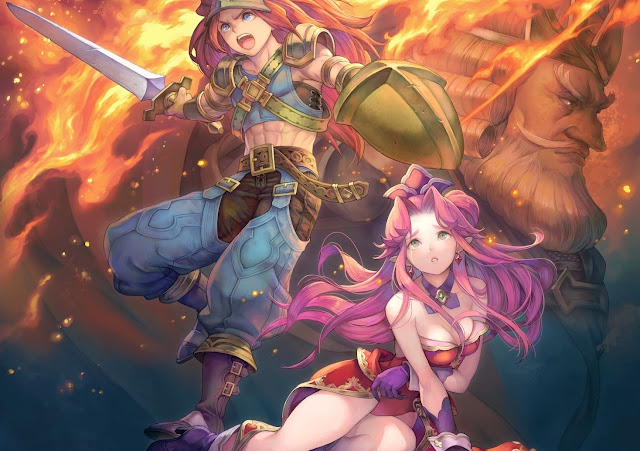 After the crushing disappointment of that woeful Secret of Mana remake from 2018 (never forget, never forgive), I wasn’t interested in the remake of Trials of Mana on any level. For one thing, Trials of Mana hadn’t been released outside of Japan (officially) until 2019’s Collection of Mana. I therefore didn’t have the emotional connection to the game that I did for Secret of Mana. There just wasn’t the same nostalgia to make me excited for a remake. And then there was the reality that Square Enix really did trash the legacy of Secret of Mana with that remake. Simply put, there was no reason to look forward to what the company would do with Trials.

I am happy to say that if Square Enix hadn’t just dropped one of the finest games of all time on us with the remake of Final Fantasy VII, I would be singing the praises of Trials of Mana as the best remake attempt we’ve seen from a company in many years. It is spectacular.

One of the remake’s greatest features is immediately apparent; the action has shifted from the top-down/isometric perspective of the original to place the camera firmly behind your hero. Where the Secret of Mana remake stuck to convention, Trials of Mana goes all out to look and feel modern, and it truly succeeds. Every new town and location offers a kind of wonder at both its scale and attention to detail – the castle looks soaring in the distance, but the gorgeous brickwork and character models look bright and inviting up-close. The Mana series has always been renowned for its charming enemy designs, and the rabites, goblins, sahagins and boss monsters all pop with a comic cuteness that gives the mighty Dragon Quest XI itself a run for its money. Having only recently played the original Trials of Mana for the first time, seeing all those SNES-era environments completely redrawn has been fascinating, and the Trials of Mana remake is immediately lovable for how inviting it all is. 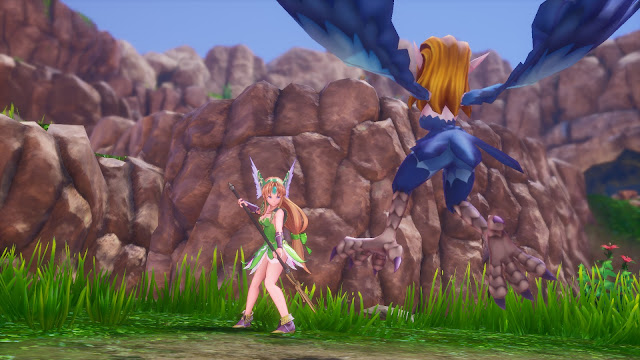 There are some serious undertones to Trials of Mana, though. Anyone who has any experience with this series knows that as a common theme, it is intensely concerned with environmentalism and is an ongoing conversation between Japanese Shinto’s call for humanity to respect the spirit of everything around them, and the imposition that modernity places on the delicate balances and equilibrium of the planet. In Trials of Mana you get to choose your protagonist from eight available options, with each having a different short introductory chapter, and slightly different key adversaries to fight. Naturally, I chose Angela, a sorceress who wears a strapless leotard that is so daring I’m surprised this game got through the censors. Regardless of which character you choose however, all of them share a commonality in that they are tasked to go on a grand adventure to preserve Mana – the natural energy of the world – from those that would look to harness it for personal power, if not nihilistic ends.

The Mana series was never Final Fantasy, in the sense that it has never been interested in philosophical debate, and if there’s any part of this remake that feels a little primitive, it’s in the almost naive treatment that it has of its themes. Its main angle is to tell us that nature is precious and critical (which is, of course, true), and those that would leverage nature to their own ends are almost a parody of themselves in how caricature evil they are (which is nonsense). For example, in her opening chapter, Angela’s mother – a queen that keeps her kingdom in perpetual spring through the use of Mana – summons Angela to the throne room to tell her that since she’s useless at magic, she’ll have to be useful in another way. She’s going to be a sacrifice to give her mother access to the Mana shrine so she can accumulate even more power. It’s effective in painting the picture that Angela’s mother is a Very Bad Person, of course, but it’s comically unsubtle about it. Nonetheless, if you roll with the heavy-handedness of it, the adventure that your characters get up to (you’ll eventually have three) is golden age Square Enix glory, filled with exotic, beautiful locations, intense boss battles, and a seemingly endless sequence of pristine high fantasy moments that you’ll remember long after you’ve stopped playing.

The combat system has made the move to three dimensions nicely. Unlike many other SNES-era JRPGs, the Mana series always made use of an action combat system, and players have access to normal and strong attacks, a dodge, a super attack that consumes energy that players collect by defeating enemies, as well as (eventually) magic and other powerful abilities. Some enemies don’t offer enough visual cues to properly time dodges, but then Trials of Mana isn’t designed as a hardcore action game, so taking some damage from enemies along the way is fine (that is, after all, why you collect plenty of healing items along the way). What’s important is that the system is smooth and responsive, and when the enemies are about to launch their more truly powerful attacks, you are given fair warning to get out of the way first thanks to an MMO-like projection of the area that the impending attack is about to land. 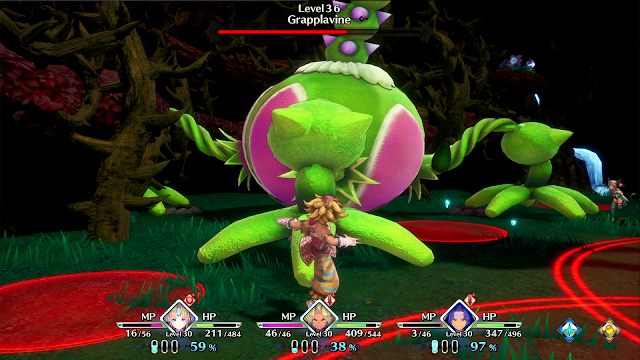 You can swap between the heroes in your party at will, and as they level up you do get a great deal of control over the skills you improve. With that being said characters do start off with certain archetypes, so if you do play as Angela, you’re going to be very heavily encouraged to avoid trying to turn her into a melee fighting specialist. Despite that the game is nicely balanced so that you can choose your favourite party of three heroes, rather than feeling obligated to make choices based on what they’ll add to the monster slaying.

About the only thing that I found to be a little draining with Trials of Mana is just how loaded the world is with bits of loot. It feels like every nook, cranny, crevice and corner has little glowing treasures or chests to open, and most of them are of marginal worth (and that’s being generous). Despite that you’ll feel obligated to hunt them all down against the possibility that there’s something good there. Exploring environments gets drawn out significantly, and towns, in particular, become elaborate Easter egg hunts to such a degree that the narrative and sense of progress grinds to a halt for just a little too long.

Unlike the remake of Final Fantasy VII, Trials of Mana doesn’t take the opportunity to rework the story, nor does it aim to add to the existing world that anyone who played the original will experience. It’s more akin to Nintendo’s own Link’s Awakening remake in that it’s a traditionally-minded remake that simply seeks to give fans a beloved experience as seen through a modern lens. And yet, it still goes well above and beyond what was strictly necessary for a remake. This is a game that feels decidedly modern and could (and should) appeal to a much broader audience than “existing Trials of Mana” fans. If the lengths that Square Enix has gone to with this remake prove to resonate, then dare I hope for the same treatment to Chrono Trigger or Final Fantasy VI?