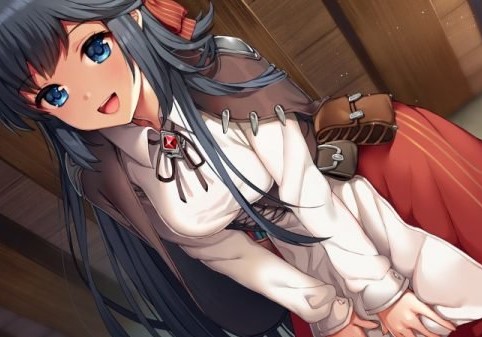 Every so often there is a Kickstarter that leaps up to really make you pay attention. War of Ashird is one such example. It’s a project being put forward by Igrasil Studio (which previously successfully Kickstarted Bloody Chronicles – New Cycle of Death and then published it to a warm reception on Steam). It’s going to be a “strategic turn-based JRPG”, which is something we always like seeing, but the real secret to this one is that the game’s art is gorgeous. It’s being illustrated by people involved in, among others, Doki Doki Literature Club!, and has that lightly fanservicey anime style down just pat.

It’s also worth noting that this game isn’t just a pie-in-the-sky project. The team have been working on it for a couple of years now, as will be abundantly clear if you look at the Kickstarter page and see all the art and in-game renders that are already there. Not that it’s ever a sure thing with Kickstarter, and there are plenty of failed or aborted projects that drive that home at this point, but with one successful project already and this one being so far into development, actually getting to play this one is as safe bet as they come.

It’s got such a solid premise, too. It’s hard not to root for this thing to succeed:


Inspired by many classic computer and tabletop roleplaying games, the plot revolves around Deegan—a young hunter living in the magical land of Ashird.

By a twist of fate, this lowly peasant becomes a key player in the war between three powerful nations: the Prisean Empire, the Kingdom of Ceredia, and the Free Cities’ Alliance. From his humble beginnings, our hero will rise in rank through his mighty deeds on the battlefield—until he commands an army of his own.

Your choices will shape his destiny, and the future of the Ashird as well…

Will you try to secure a lasting peace between the warring states, or will you succumb to your darker instincts and burn Ashird in fires of retribution?

Are you willing to fight for what you believe in?

The team is looking for a relatively modest $Aus130,000 to fund the remainder of development, and is off to a good start, having raised about 10 per cent of that already.