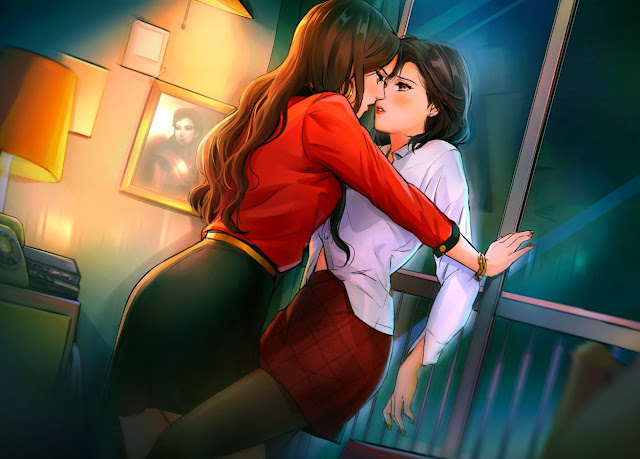 Visual Novels are dime-a-dozen, particularly if you look up itch.io. Heck, we make our own. It can be difficult to catch all the new ones that are inbound as a result, but A Summer’s End – Hong Kong 1986 is looking great… and it releases this week!

A Summer’s End is a romance-themed yuri VN, and caught my eye because it has particularly attractive art and character designs. To read the description, though, it also sounds like it could be something quite smart: A Summer’s End – Hong Kong 1986 is about seeking identity and meaning in a rapidly changing world where conflicting world views and cultures collide. Inspired by Hong Kong cinema, 80s anime, city pop, and contemporary Asian literature, A Summer’s End – Hong Kong 1986 is an homage to the past and a visual delight for fans of retro art and fashion.

If there’s a reference to Chungking Express Wong Kar-wai’s masterpiece of Hong Kong cinema (and absolutely not what you’re expecting if your idea of “Hong Kong cinema” is Jackie Chan), then A Summer’s End is a 5/5 game instantly. The thing is… it actually looks like that might just be the path it travels, too.

Digression aside, the game is promising two endings, and about eight hours of playtime. After playing so many ridiculously lengthy VNs already this year (hello, SeaBed), that’s just what the doctor ordered.

The game releases on itch.io and Steam in about a day (from time of writing). Here’s the listing on itch.

Desperados III has a release date!