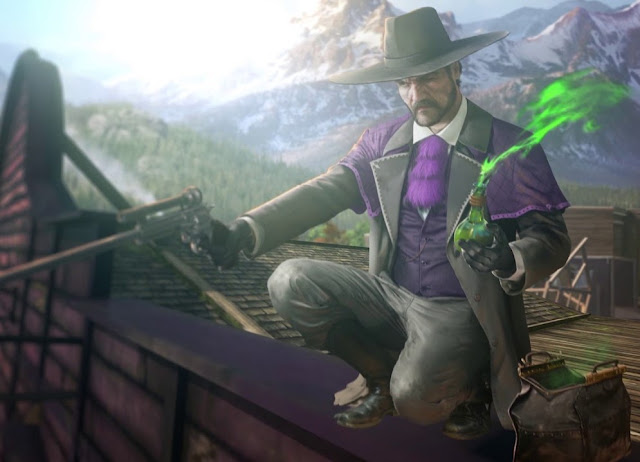 If you haven’t heard about Desperados III yet, you really should pay attention to it, as this stealth tactics game is shaping up to be something special indeed. It has been 14 years since the last one, but as one of the many IPs that THQ Nordic has picked up over the last couple of years, this new one will finally land on June 16.

Desperados III is a story-driven, hardcore tactical stealth game, set in a ruthless Wild West scenario. In this long-awaited prequel to the beloved classic Desperados: Wanted Dead or Alive, John Cooper will join forces with the runaway bride Kate, the shady hitman Doc McCoy, the giant trapper Hector, and Isabelle, a mysterious lady from New Orleans. On Cooper’s quest for redemption, his adventures lead him and his gang from rural towns, over swamps and riverbanks, and finally to a dramatic showdown worthy of Wild West legends.

Play smart if you want to succeed. A good plan can make the difference between survival and finding yourself at the business end of a pistol. Combine your team’s special skills to overcome each tough challenge in your own style.

Play five unique characters, each with a very particular set of skills
Experience true freedom of choice with countless different ways to overcome any obstacle
Defeat large groups of enemies with careful planning and execution
Witness the glory of classic Wild West scenarios like frontier towns, mysterious swamps, sprawling modern cities, and many more
Choose between non-lethal and deadly attacks, stealth and blazing guns
Adjust the game to your playstyle with various difficulty settings and special replay challenges
The Showdown mode allows you to pause the game anytime and react to ambushes or surprise attacks

There’s also a new trailer to whet your appetite. The game will be available on PC (via Steam), Xbox One and PlayStation 4.