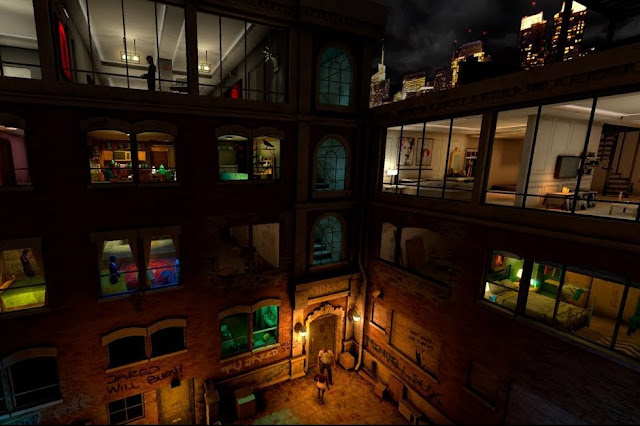 We’re all struggling a bit (or a lot) with COVID-19 right now. Even putting aside the nightmare number of deaths worldwide, many of us have lost our jobs, and those of us who have been lucky to hang on to them have found work to be much more disrupted and difficult than ever before. The world is going to need to come together to recover from this, and it’s always good to see game developers do their part.

iNK Stories is one great example. The developer of the highly socially conscious 1979 Revolution (the narrative game about the Iranian revolution), has a new game coming out soon, called Fire Escape. It’s a murder mystery set in Brooklyn that also promises to be both artistic and highly aware (it pitches itself as interactive theatre on the topic of gentrification), and a lot of fun besides. You can play it in VR if you’ve got a headset, though that isn’t mandatory, and it’s only going to set you back $US10.

Of that $10 iNK Stories has pledged to donate 25 per cent to COVID-19 relief efforts, which are urgently needed (especially in the US where the response to the crisis has been… well, woeful). You look at the list of awards and recognition that the game has, and it’s pretty clear that this one’s being pitched at just the right spot to really catch my eye: Tribeca Film Festival World Premiere, Indiecade Finalist, Gold Telly Award Winner, Infinity Film Festival Winner, Overlook Film Festival, NCM Computer Museum Winner, NY Game Critics Best VR Nomination, IMGA Nominee for Best VR Game.

Fire Escape will launch on April 29. To whet your appetite, here’s a trailer!