Lust For Darkness is returning to the American eShop

Lust For Darkness (our PC review can be found here) was released on the Nintendo Switch last year, but soon vanished from the American eShop because of ESRB issues. Essentially, the game was too much for even mature audiences, and post-release was given an Adults Only rating, which caused it to be pulled from the eShop. Developer SimFabric has been hard at work to rectify this, and is set to release a reworked version of the game that is adapted to the American rating policies. Sure, there can be debate around censorship here, but I’m just happy I’ll have a shot at playing it (proud Canadian here). It will return to the Nintendo eShop in Canada, Mexico, and the United States sometime next week under the title Lust For Darkness: Dawn Edition. 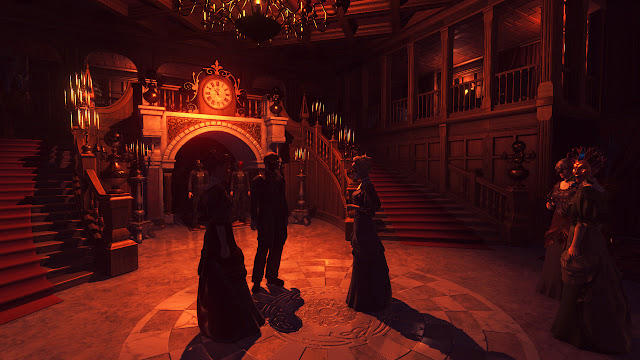 Since its Switch debut, Lust For Darkness has been available in the European eShop with a PEGI 18 rating. This new, edited edition will be available for purchase separately in Europe, also under the title Lust For Darkness: Dawn Edition, for those uncomfortable with explicit imagery but still want to experience the game. Dawn Edition otherwise comes with everything previously released for the original version, such as updates, bug fixes, and language fixes.

The game features a world inspired by Lovecraft, Giger, and Zdzisław Beksiński. You’ll explore a Victorian mansion and the mysterious world of Lusst’ghaa, filled with deadly creatures. There are two alternate realities at play, and you’re able to use a portal to move between the two. Searching for hidden items will unlock side stories.

SeaBed is getting a limited physical release

The irony of me discussing physical releases on a website called Digitally Downloaded is absolutely not lost on me, but sometimes the physical edition just calls my name. That’s the case with Eastasiasoft’s limited print run of SeaBed (our PC review can be read here) for the Nintendo Switch. It will release later this year, with standard and limited editions, and pre-orders open on March 19 (that’s today, although I don’t have a specific time) at Play-Asia. The digital edition will be available on Nintendo’s eShop today or tomorrow.

The limited edition will only have 2,000 copies available. It includes a region-free physical release of the game, a full-colour printed manual, a soundtrack CD, a postcard set, an individually numbered collector’s certificate, and a collector’s box featuring an embossed logo. The release will include the two Nintendo Switch-exclusive scenes.

SeaBed is the story of three young women trying to make sense of their lives. There’s Sachiko, a designer haunted by visions of a former lover. There’s Takako, an adventurous girl rapidly losing memories. And there’s Narasaki, a psychiatrist who is observing her two friends as she studies human memory. Players will follow the girls from childhood to their adult selves. You’ll need to separate truth from illusion and solve the mysteries surround all three girls. It’s a game about love, loss, memory, and the pursuit of happiness.

Developed by Hooksoft, Entergram will be releasing E School Life for Nintendo Switch and PlayStation 4. Both console versions of the visual novel will launch on June 25 in Japan. In addition to the standard edition, a limited edition will be available that includes a B2 tapestry, acrylic keychain, replica illustration message card, and theme song CD. 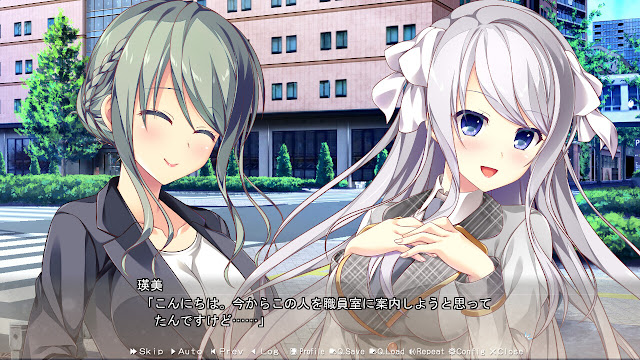 Ryoutarou has been living overseas for six years because of his parents’ work. During that time, he confided in his childhood friend Tooru, lamenting, “I’m surrounded by the guys in the class and can’t even get a chance to talk to the girls… I don’t want my teenage years to end like this!!” Tooru convinces his parents to let Ryoutarou live with them and attend school back in Japan. Ryoutarou is thrilled that he will finally be able to talk to girls, especially without a language barrier. All he wants is to fall in love.

The game originally launch for PC in May 2019. It is currently not available outside of Japan.

The Vale will be released on Xbox as well as PC

Developer Falling Squirrel has announced that its audio-only title The Vale: Shadow of the Crown will be released for the Xbox One as well as its PC (via Steam) version. The action adventure game will be released sometime in Q2 2020. Here’s the announcement trailer in case you missed it:

The Vale: Shadow of the Crown forgoes traditional, visual gameplay. Instead, it uses binaural audio technology and haptic controller feedback to create a world that brings gaming to everyone, whether they have sight or not. In my opinion, this is a massive step for video game accessibility, and I really praise Falling Squirrel for the innovative gameplay.

In the game, you’re the Second-to-the-Throne, blind from birth and exiled to the edges of the kingdom when his brother becomes King. Using only your ears (and that haptic feedback) you’ll embark on a journey as you explore the world, fight off enemies, hunt resources, and acquire gear. Players will have a choice of combat styles during the medieval combat. Of course, there are branching baths you can take, as well as more than 20 side quests.