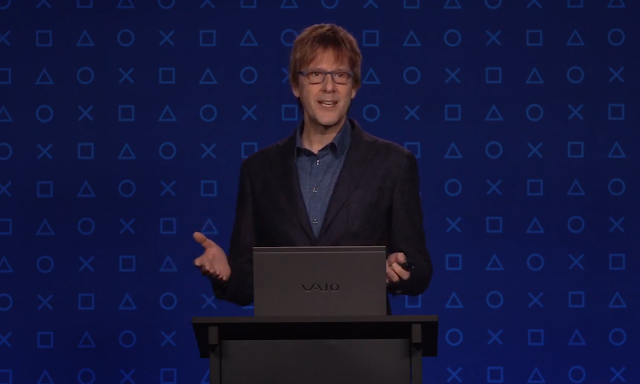 It’s time to finally learn more about what Sony’s PlayStation 5 will offer! On the PS Blog but mostly via a YouTube video, lead system architect Mark Cerny is here to explain how the PS5 will “shape the future of games,” according to PlayStation. A lot of this information is highly technical, far past my knowledge, so bear with me as I break it down.

Mark Cerny starts off by stating, “I’m a big believer in console generations.” Since the PlayStation 4, Sony has taken a different approach to each generation, instead of trying to make it completely different and incompatible with games from the previous generation. This involved three main steps: 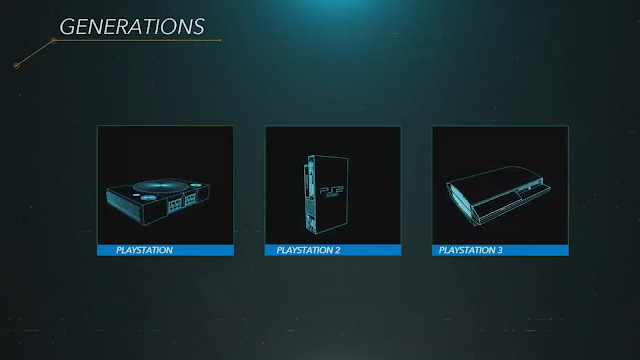 In 2015/2016, developers were already running into road blocks with the PS4 hard drive. It would spend 2/3 of its time seeking information, and 1/3 loading. As a player, you wait for the game to boot, the game to load, levels to load, and waiting for fast travel. The PlayStation 5 promises instantaneous seek times and a load time of 2GB in 0.27 seconds. That means no load screens, immediate reload after death, and fast travel will finally actually be fast.

The primary reason to change to from HDD (hard disk drive) to SSD (solid state drive) is that it gives the game designer freedom. Load times can sabotage the game, so to speak. The SSD is so fast, it can load data as a player is, say, turning around.

Before, data would be duplicated so many times it increases file size. The PS4, for example, will take a long time to install a patch, because a brand new file must be added to include the patch information. I can’t tell you the number of times I’ve heard “Why do I need X amount of hard drive space to install a patch with a much smaller size?” That’s exactly why: it needs to duplicate the original file and patch in the new information. With an SSD, no need to do this, so installing will change from what we now know and expect. 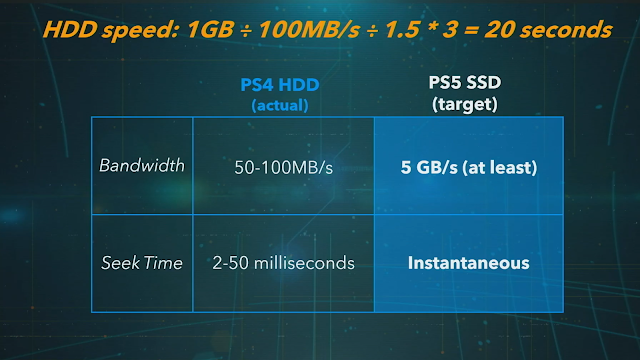 The major things hoped to achieve by including an SSD include ultra fast boot time, no load screens, ultra high-speed streaming, de-duplicate game data, and no long patch installs. The main goal of the PS5’s SSD was to make game load times 100x faster.

This is where things start to get especially technical.

There is a custom flash controller in the SSD that includes six levels of priority that can choose what part of the game needs to be loaded first. It’s a 12-channel interface.

Based on the work PlayStation has done, it was determined that the natural file size for this drive is 825 GB. So that’s what the default drive will be when the PS5 launches.But is that enough? It’s tempting to add more and PlayStation has a responsibility to be cost-effective. It looked at play patterns from a broad range of players and whether their set of games would fit properly on the SSD. Since reinstalling is so quick, 825 seemed right. 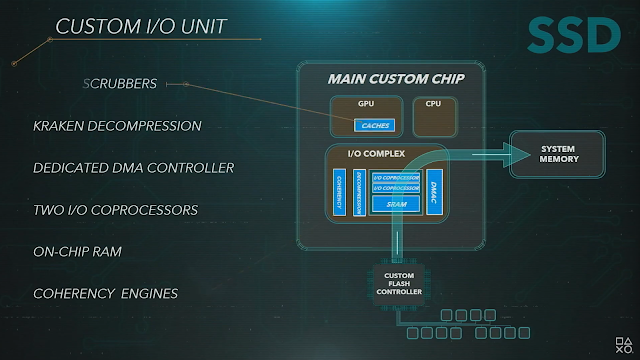 Expandability is important. PlayStation recommends a large external hard drive for PS4 titles, to save PS5 titles for the SSD. Of course, this is only a suggestion, and it’s perfectly possible to install your PS4 titles on the PS5 SSD. The PS5 will support certain M2 SSDs. The commercial drive has to be at least at fast as the PS5 SSD, at 5.5 GB/s. NO PCIe 3.0 drives can hit that, but Saturate PCIe 4.0 hits 7 GB/s. However, this is like comparing apples and oranges because any replacement hard drive will function in its own way (such as with two priority levels). Currently, PlayStation is benchmarking other internal SSDs to be sure what is compatible, and at that time we will be told what drives will work in the PS5. This may happen a bit past launch.

The GPU is backwards compatible with the PS4 chip. From now on, PlayStation will incorporate any differences in console chips across generations into the new chip. Once it’s in, it’s in. Testing has to be done on a title by title basis, as sometimes the new chip can actually be too much for a game. 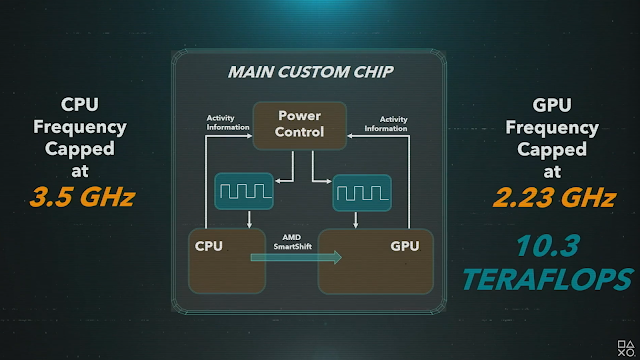 So what about those new features? There’s a geometry engine which handles shapes better (ie primitive shaders to simplify geometry on the fly). There’s ray tracing, which is admittedly way over my head. Something about rays and cubes connecting and an intersection engine. It’s a memory intensive process, but developers don’t need to use it.

And then there’s power consumption. Until now, it’s been a lot of guesswork about whether a game will make the unit super hot, or use a lot of power; the cooling solution has been based on the worst case game in the worst case scenario. With the PS5, PlayStation built a GPU with 36 CUs and variable frequency instead consistent frequency with a continuous boost mode with a generous amount of power. From an engineering standpoint, it had to build a cost effect and actually effective cooling unit. Details are being saved for a later date. GPU frequency capped at 2.23 GHz (or 10.3 teraflops), with the CPU frequency capped at 3.5 GHz.

This portion of the presentation is entirely focused on 3D audio. We experience games through visuals, audio, and controller feedback. Audio shouldn’t be left behind. The PS3 was “a beast” when it came to audio. There’s nothing comparable on PS4. The most innovation is through the PSVR headset, which provides a hint at where to go with audio.

With the PlayStation 5, the goal is to create great audio for all, whether the sound is coming from the TV, a soundbar, or headphones. It wants to support hundreds of sound sources. It wants us to hear the sound based on WHERE it comes from, not just hear it in front of us or even beside us. 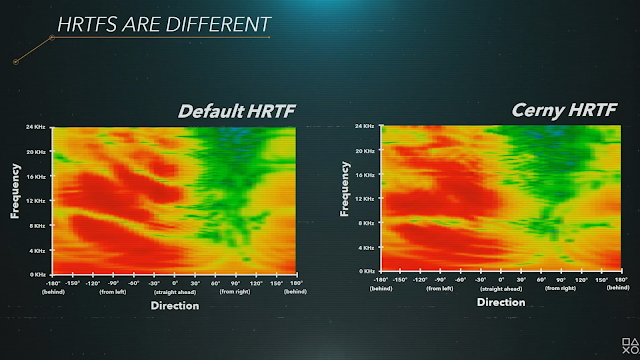 To do this, PlayStation had to bite the bullet and build custom hardware for 3D audio, named Tempest 3D AudioTech. The work is pretty much done with headphones. PlayStation is currently implementing visual surround sound for stereo speakers.

3D audio has a dimensional feel to it that stereo audio doesn’t. For some, depending on their hearing profile, the PlayStation 5 audio will only sound slightly better than PS4 audio. It was designed based on a default HRTF (head-related transfer function) profile, and at launch will offer about five options. PlayStation is looking into custom profile availability to match a player to a tee, but it’s not there yet.