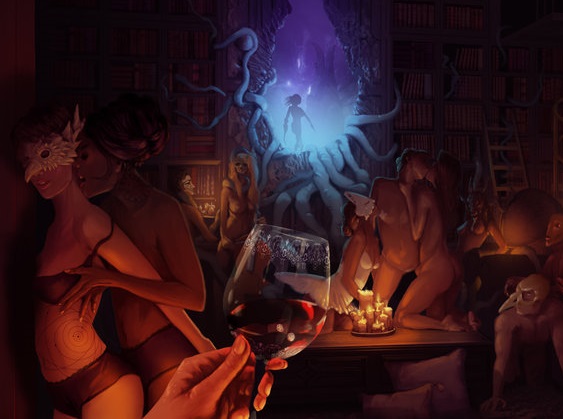 One of the most common thematic features in the horror genre, in literature and film, is sex. There are several reasons for this. Horror generally taps into the dominant socio-cultural features of society at the time on either a literal or metaphoric level, and certainly the influence of the Judeo-Christian religion over the years has certainly left a scar on western culture over the generations when it comes to sexuality. Equally, sex’s impact on the mind and body can tap into our more primal fears.

That is, except for video games. For another set of reasons, including limits on technology that have make depictions of sexuality a ridiculous concept, though to a more conservative culture that is less tolerant of depictions of sex, horror video games have typically buried the sexual themes, or done away with them entirely. There’s the occasional moment in popular horror franchises which might play with fetishes at the edges (hello, Silent Hill and Fatal Frame), and isolated examples on the fringe of the genre, such as Clock Tower 3 with its story exploring the horrors of coming of age, but for the most part horror video games have focused on the physical and grotesque. In other words, a more juvenile and intellectually limited fear of monsters and death. Any sex themes that you might find in Resident Evil, The Evil Within, Amnesia, Dead Space, Doom, Dying Light and Outlast are very secondary to where the core horror is drawn from, and probably accidental from the creators. 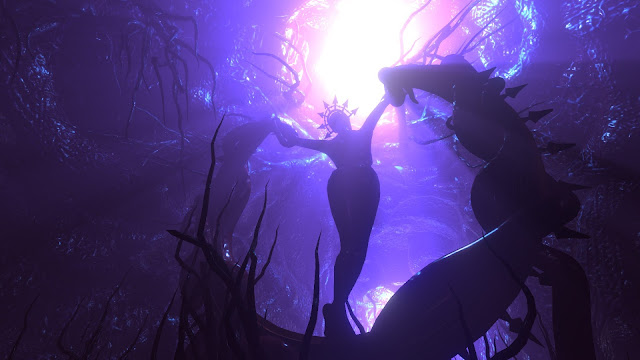 The last month or so has brought us two games that suggest that we’re finally at the point where game developers have the tools and ability to begin exploring the link between sex and horror. The first was Agony, a generally dismal experience that nonetheless was honest and genuine in its goal of exploring the ongoing terror that Christians feel at seeing female body parts, and their utter conviction that all labia are destined for hell. Sadly, it’s hard to like Agony despite the purity of its vision, because it certainly doesn’t do anything intelligent with the material it had to play with. However, the other game we’ve had release is the just-out Lust For Darkness. Dear God is Lust For Darkness something special.

This is a short, experimental and narrative-driven game that sits halfway between what people generally chalk up as a “walking simulator,” and a more traditional stealth horror experience. Those moments where you need to run from enemies is something of a mess, and the game has a visually and narratively interesting final boss battle that plays dismally. But, where the “gameplay” was persistent enough to drag on Agony’s more noble efforts in world building, Lust for Darkness backgrounds it enough that, for the most part, it feels more like its walking simulator elements are the dominant, and, importantly, none of that gets in the way of its incredible vision. 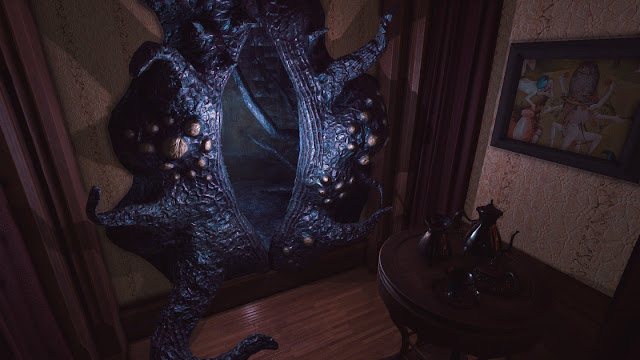 Just like in Eyes Wide Shut, none of this really comes across as crass. In fact, from the mansion to the sex scenes there’s such a sense of opulence and decadence that it’s easy to read the imagery as a commentary on the excesses of wealth. Just like Eyes Wide Shut was. And if the aesthetics of all this isn’t enough to convince you on the Eyes Wide Shut homage, without giving away spoilers to either film or game, there’s a high impact, highly memorable, and highly potent quote delivered at the end of Lust For Darkness that is almost precisely the same in tone and design as in Kubrick’s film. Sometimes a work only needs to properly deliver a single quote to drive home its inspiration, and while most of the performances in Lust For Darkness are as pedestrian as you’d expect for a real indie project, that one line is delivered so utterly perfectly that the game is worth the three to four hour run time just to experience its ending.

The other half the game is pure Lovecraftian nightmare. As we soon discover, those cultists actually worship beings of eldritch terror, and those masks have power that help you to navigate their nightmare realm. But only for a short period of time, because wearing the mask for too long will send you insane. Many of the game’s puzzle elements involve taking the mask on and off to see different parts of the nightmare realm in order to progress through it. For example, there will be a chasm with no apparent way across. Throw on the mask, and right there in front of you is a bridge. None of these puzzles are particularly onerous, but between the alien landscapes filled with bizarre references to male and female anatomy, and the occasional demon thing that chases you around, these landscapes of cosmic horror manage to be more memorable and more interesting than the brazen, extreme vision of hell that we saw in Agony.

While the game doesn’t have a particularly effective delivery, as I mentioned previously, the narrative itself is rich, intriguing, and generally closer to a mystery or thriller than out-and-out horror. Unsurprisingly the developers have been hit by all kinds of tantrums from within the community for making a “short” game that “lacks content,” but the defence was that the team wanted to maintain tight control over the narrative, and deliver something that was both elegant and impactful. And that’s exactly what Lust For Darkness achieves. It’s not long enough to become numb to either its horror or eroticism. It’s not difficult enough to become frustrating so that you become stuck in the game. This came from a developer that was keenly aware of its limits, knew how to drive its point home, and leaves just enough to the interpretation that you’re left to dwell on what it all means. 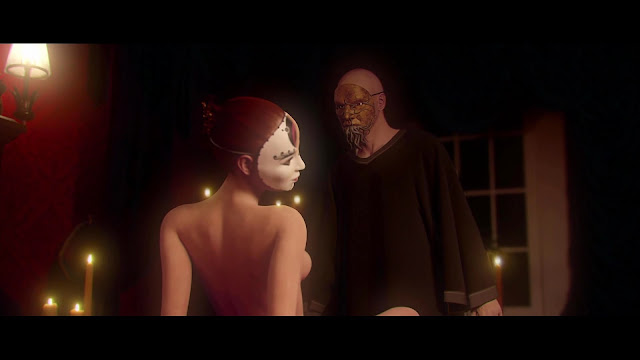 For what I took from it, while it’s erotically charged, I don’t think that Lust For Darkness displays a fear of sexuality in itself. Rather, it’s that concern on what the powerful and wealthy can do with sex, and the way that it can be controlled and manipulated. That in turn gives it a subversive note that takes what is nominally a “save the damsel in distress” story, and leaves you with the impression that it’s much more substantial than that.

We all generally roll out eyes when a game developer promises to deliver something “dark and mature”. Especially when sex is involved. We’ve all been there where we’ve given the developer the benefit of the doubt only to end up playing something that looks and feels more like a child’s idea of maturity. I’m so delighted to say that Lust For Darkness is the real deal. The fact that I can compare it to one of the greatest erotic thrillers of all time in Eyes Wide Shut, and not break down laughing, is in itself is a great credit to the developers. The game lacks the sheer mastery and refinement that Stanley Kubrick had over his canvas, but this is still leagues ahead of the clumsy, overly-simple idea of “horror” that most game developers aspire to.

World of Warships is coming to console