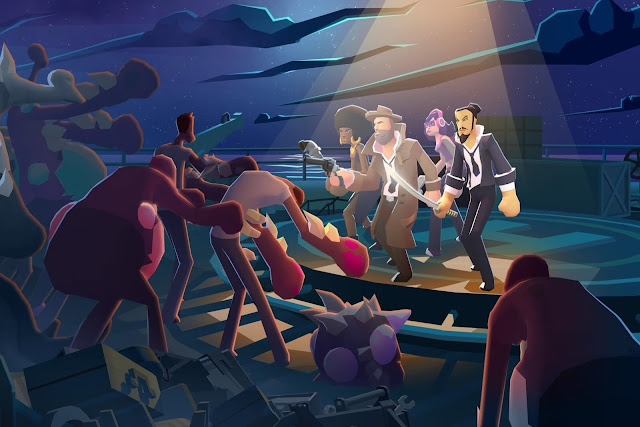 Dread Nautical was one of the launch titles on the Apple Arcade when it arrived last year, and it’s one of the better games on the platform, offering players a simple, but compelling blend of tactics RPG and roguelike. Now it’s coming to basically every other platform, and is well worth a look.

The game lands on PlayStation 4, Nintendo Switch, Xbox One and PC (via Epic) on April 29. With over 30 enemy types, over 150 weapons to collect, crafting mechanics, and some truly high difficulty settings, it’s a game that will last you a good chunk of time.

The game comes to us from Zen Studios – better known as the developer behind the Zen Pinball series, but that studio has a robust lineup of other games that people often overlook. This one has all the qualities that make the Zen Pinball series so compelling in abundance – a real eye for detail and most excellent presentation standards.