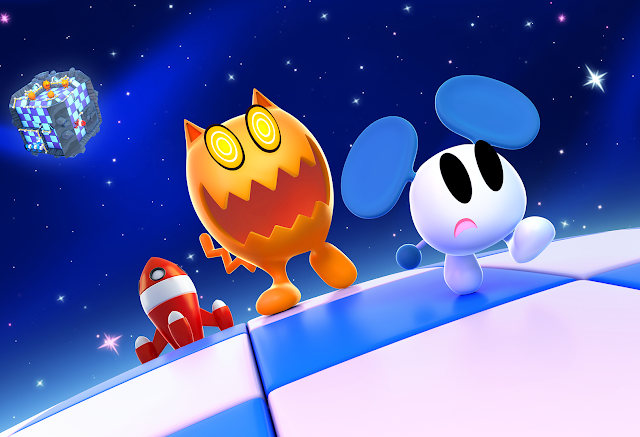 A couple of weeks ago, Apple’s Apple Arcade formally launched, bringing people a host of games to play for the incredibly low price of around $Aus8 per month. It’s Apple’s attempt to breathe life back into its devices as gaming platforms; where the App store has become plagued with trashy free-to-play nonsense, Apple Arcade promises to bring “premium” experiences back to the fore.

It doesn’t make much sense to us to review these games. As they’re effectively free, and for a ridiculously low subscription cost, it’s hard to see why anyone with an Apple device would not readily subscribe to Apple Arcade. But as redundant as the reviews feel, there are a lot of games landing on the service that are worth highlighting and talking about, so we’re going to do a semi-regular series looking at some of the highlights – each time talking about three of the Apple Arcade titles that currently have us hooked.

Zen Studios is best known for its pinball, of course, but the team has plenty of talent in other areas as well, something it has ably demonstrated on more than a few occasions. CastleStorm, for example, is a game that has ended up on just about every platform, and for good reason; it’s a neat little game.

Dead Nautical is Zen’s latest attempt to push its reputation beyond pinball, and it’s another stylish little experience. This one is a tactical roguelike. Your protagonist wakes up on a ship adrift in the sea, which has been taken over by zombies and worse things. They need to slowly move through one level of the ship after another, rescuing survivors, accumulating loot, and tackling ever-more difficult opponents. Because it’s a roguelike, challenges and layouts are randomised, and while there’s not a huge variety in that, it’s enough that each run feels different enough. 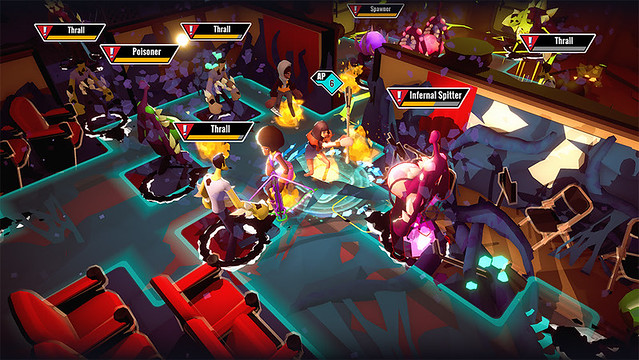 Tactics are simple, but carry the survival theme well. Inventory slots are limited, and weapons and equipment have durability ratings. I kept coming up against issues whereby I wasn’t sure how close I was to the end of the level, but was reduced to fighting on with some very tight resources. In the absence of cinematic visuals or storytelling (it’s rather cheap-looking, and tonally flat), its in that resource management element that the tension of a zombie-filled ship is carried.

Dead Nautical very much feels like a tailored fit for Apple Arcade. Were it a standalone release, the generic theme and pedestrian presentation would be two strikes against it that it wouldn’t recover from. For “free” however, it’s the kind of thing that you’ll have a go with anyway… and before you know it you’ll be absorbed in the rhythm of the randomised levels, crafting, resource management and simple, but clean tactical action.

While I haven’t checked the prices of all the Apple Arcade catalogue against their prices on other platforms, I do know that Overland is not a cheap title on Nintendo Switch. That being said, it’s worth the investment on Switch. To access it for “free” on Apple Arcade is a highlight of the platform to date.

Overland is another roguelike. Unlike Dead Nautical, above, it’s far more tonally consistent (and very dark): you’re on a road-trip across a blasted, apocalyptic America, with minimal petrol, a near-wreck car and few other critical resources, while ugly, deadly monsters haunting your every step. You’ll come across many survivors. You’ll need to decide whether to bring them along with you or leave them to die. They add another pair of hands which can be the difference between life and death when it comes to scavenging quickly or fighting for survival. On the other hand, they have agendas of their own, and they’re another proverbial mouth to feed. 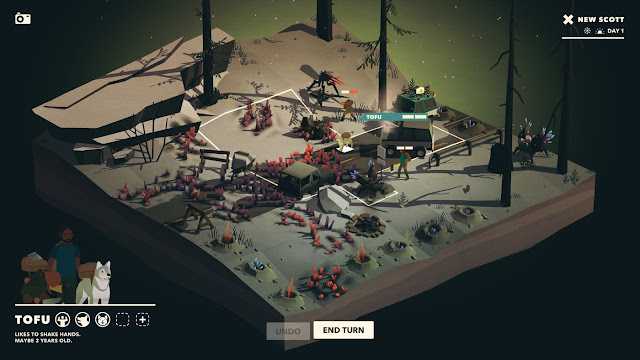 Overland is grim stuff. It’s like Cormac McCarthy’s The Road in many ways. It offers a lonely trip to observer the decline of humanity, and even set against greater threats and the challenges of survival, watching humanity’s capacity to be its own worst enemy is shocking in that we all know that’s exactly how the species would handle its decline. Expect Overland to be very, very difficult (it is, in fact, turned right up to brutal). I don’t know if I’ll ever be able to actually finish this one. But that’s the point of it. Those hard decisions and McCarthy themes absolutely rest on Overland ruining you over and over again.

The only issue with the title on iPhone is that I found the interface to be a little clumsy, and Overland on Nintendo Switch would not have this issue. Or, for that matter, Overland on Apple TV with the game controller (if indeed this is one title that is compatible. I’ve yet to check). I’ve had a few runs on iPhone ruined thanks to my clumsy efforts to deal with the interface. It’s never been a problem to restart and play again, however, because Overland really is that good.

Chu Chu Rocket! was one of the most beloved titles to ever have been released on the SEGA Dreamcast, and it’s not hard to understand why. It’s was a simple puzzler, with a lot of heart and playful soul. It was a vague riff on an even more classic puzzler (Lemmings), in that you needed to guide a bunch of friendlies (mice in this case) to a goal (a rocket ship), while avoiding traps and enemies (cats). To do this you needed to place little tiles on the ground that would change the direction that the mice would travel, until they hit the next direction-changing tile.

Chu Chu Rocket! Universe is that game, though it feels like it was being built as a nasty free-to-play exploitation game until the last moment that it could be dropped on the Arcade instead. In this case the big problem is the star system. Each level grants you one to three stars based on meeting objectives beyond the minimum to complete the level. For example, if you can complete a level using four tiles, the game will ask you to clear it in three in order to get a bonus star. 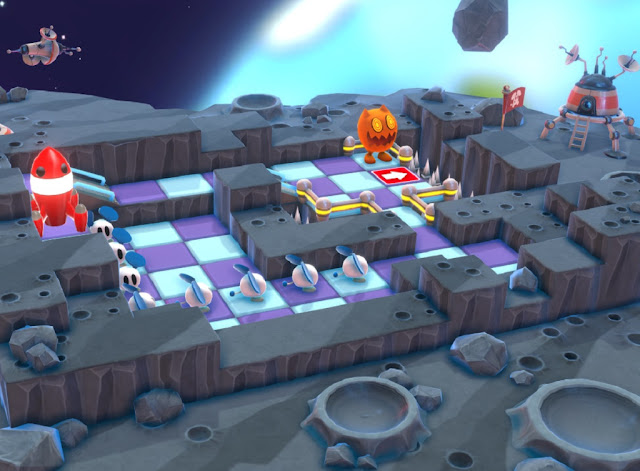 I can’t stand this approach to design, as I find the joy of a puzzle game in solving the puzzle, not replaying it over and over again to try and find ways of doing it better. The levels in Universe offer a nice challenge, but because the developers needed to give players multiple different ways to solve them, a few too many levels are too loose in design – being open ended enough that there’s rarely the joy in figuring out the perfect solution for a devious puzzle that only has one solution.

Chu Chu Rocket! also has multiplayer, which is manic and good fun, and while I would have liked tighter puzzle designs, I still found the charm of Universe to be irresistible. It’s also the kind of game that’s ideal for mobile play and, in being exclusive to the Apple Arcade (for now), it’s probably going to be one of the first titles that has you reaching for the “download” button.