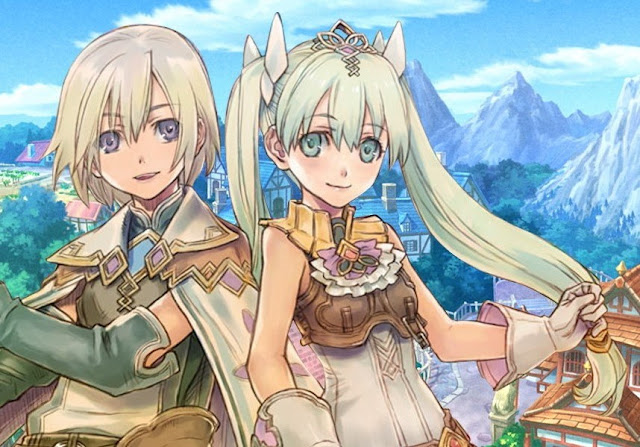 The swan song for the incredibly talented Japanese developer, Neverland, Rune Factory 4 was one of the finest titles released on the Nintendo 3DS. A beautifully elegant little game, Rune Factory 4 perfectly blended action JRPG dungeon crawling with everything that we love about the pastoral lifestyle depicted in the Harvest Moon series. With the death of Neverland so soon after the release of Rune Factory 4, most of us assumed that the series was gone with it. But, no, Marvelous has been able to pick up the reigns, and now we have a port of that wonderful little game to the Nintendo Switch.
Related reading: Check out our review of the game’s original 3DS release

It’s quite obvious why this port exists – it’s to drum up interest in the series again while Marvelous plugs away at a proper sequel, Rune Factory 5, which is due for release at some stage this year. Not that I mind being part of the marketing strategy in this instance, though. Rune Factory 4 is the kind of game that you can spend dozens of hours playing, and then replaying, so giving it another whirl has been a delight, and thanks to its focus on aesthetics over detail, the base game translates nicely to the bigger screen without the need for an overhaul and remake.

You choose one of two characters – a boy, or a girl that is a blatant clone of Hatsune Miku in design, long green twintails and all. I’m sure you can imagine which of the two I chose. After being thrown off an airship by some hostile military dudes Miku-clone character wakes up, having survived the fall (but now suffering amnesia), in a small city that is ruled by a dragon (the friendly sort). Mistaking Miku-clone for a princess, the friendly dragon gives her a room in the castle, a large plot of land, and some turnip seeds. And from there Miku-clone embarks on her journey of farming, adventuring, and wooing the local hunks on her way to marrying one of the lucky fellas. 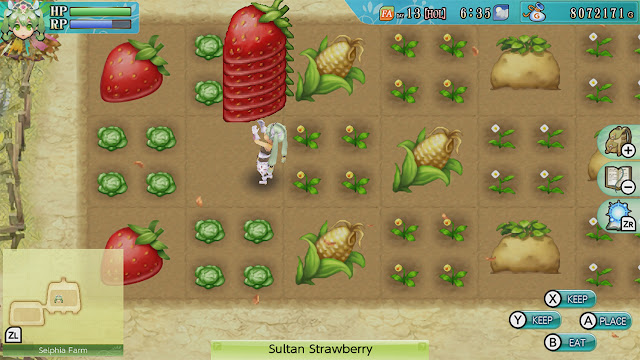 One of the things that has always made the Harvest Moon and Rune Factory properties so delightful is that they never really put pressure on you to get stuff done. There’s a narrative to follow in Rune Factory 4, but it’s easily forgotten whenever the mood strikes. If you want, you can amble over to a sentient mailbox to grab a few missions to complete… but it’s not a mandate, and if you want to simply spend the day puttering about your veggie patch and playing with your domesticated monsters, you can do that instead. In so many ways these two franchises were precursors to the Animal Crossing series, and though Animal Crossing is even more aimless in design, people who enjoy the relaxed tone and way of life will get a kick out of playing Rune Factory 4 if they’ve somehow glossed over the series to date.
For people that do want a bit more of a challenge, there are multiple difficulty settings for the action combat, but at no stage does Rune Factory ever become something complex and challenging on the reflexes and skill as stuff like NieR: Automata can be. Combat is simple, enemy AI is basic and the difficulty largely comes from increasing monster’s health and damage output. I would say that the difficulty options do seem very out of place in this kind of game, and the easier, more relaxed difficulty settings are appropriate to the overall game’s tone. But then we do live in a world where content is king, and setting the difficulty setting high enough will guarantee you a longer grind and the need to do better min-maxing of your character stats. For my part I spent as little time as possible in the dungeon crawling, simply because I prefer the other side of the game, though I did enjoy heading out in the wilderness to tame cute monsters, which would then be added to my barn back in town.
Back in town, where I like spending my time in Rune Factory, there are plenty of vegetables and flowers to grow. You can master the cooking system, or head down to the beach for a spot of fishing. The calendar is full of festivals to attend, and you can always spend time relaxing in the hot springs or flirting it up in town. Eventually you can find someone to marry and start a family with. 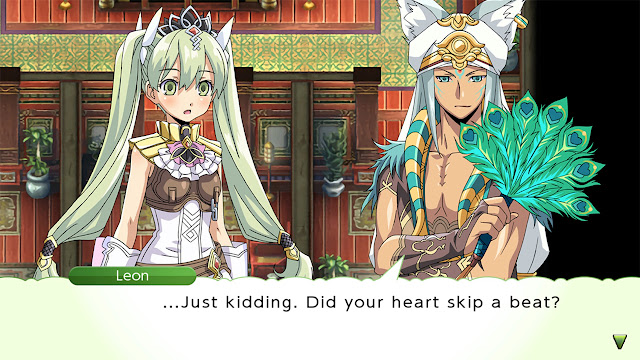 It’s all very slice of life, and to work, slice of life needs to have a couple of things going for it: interesting characters and a sense of warmth. There’s little out there that’s more wholesome than Rune Factory, which is a good start in achieving “warmth.” It’s a universe where conflict is rare and hardworking communities of people come together, with everyone happy to accept their niche and role in life. Rune Factory presents a highly idealised vision of Japanese society, of course, but nonetheless encapsulates much of what defines Japanese society – harmonious community, a strong work ethic for reasons other (and greater) than economic gain, and a reverence for the natural world and the bounty that it provides. There’s a strong streak of Shinto spirituality that runs through these games in a natural, understated manner, and consequently this kind of game doesn’t really have a western mirror (other than Stardew Valley, which of course, tries its hardest to emulate the Harvest Moon experience).
Related reading: For the Harvest Moon experience, Doraemon: Story of Seasons is on Nintendo Switch and it is lovely. Our review
The characters of Rune Factory 4 are such a fun bunch, too. Whether it’s the pudgy, friendly innkeeper, the vivacious musician or the gruff tools shopkeeper (with a heard of gold), these characters are drawn simply, with broad strokes of personality and limited vocabulary, but there’s enough quirk to each of them that the overall patchwork community in Rune Factory 4 is vibrant, and overwhelmingly happy. They needed to be – you’ll spend a lot of time with these characters over the game’s lengthy run-time, but you’ll wish you could have Miku-clone marry more than a few of them by the time you’re done.
Rune Factory 4 is a delight. It’s one of those heartfelt, earnest, and wholesome games that remind you that not everything needs to be dour, competitive, excessively violent, or deep. It’s a game in which a blatant clone of Hatsune Miku (or a male character, I guess) grows turnips, bops monsters on the head (and then makes friends with them), and eventually gets married. It’s sweet, I love it, and bring on Rune Factory 5.

PQube’s latest is a game about flying schoolgirls