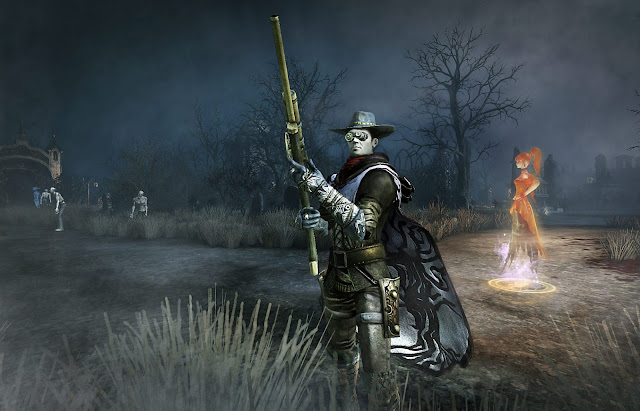 Having originally launched on the PC back in 2015, the final chapter of Van Helsing and his ghostly companion Lady Katarina is coming to a close on consoles. Having defeated his foes and stopped the civil war in Borgovia’s city of Borgova, Van Helsing now faces off against his toughest foe yet, his one-time ally in Prisoner Seven. Having become Van Helsing’s arch nemesis, Van Helsing will pick up his weapons for one last adventure.

Five years is a long time to wait in order to bring an experience from the PC over to the console in order to see its conclusion. This is especially the case when the developer has already moved onto newer projects like Warhammer 40K Inquisitor and the expansions that were also on consoles at launch. Whatever the reason for the delay, however, it’s quality is there; the third chapter in the tale of The Incredible Adventures of Van Helsing showcases everything that NecoreGames has learned over the years, and is generally a more mature hack & slash experience than the previous entries.

While Blizzard may have set the original bar with Diablo, Runic Games (Torchlight), Haemimont Games (Victor Vran) and NeocoreGames (Van Helsing) have shown that while the base might be derivative of the big fish in the pond, it’s what you actually do with it that matters, and is where the creativity can allow a game to stand out. Keeping in tune with the previous titles in the series, you’ll once again be sarcastically bantering alongside your ghostly companion while engaging in everything from standard hack-and-slash through to some light tower defence segments. It’s not perfect, but its fun, and has a personality all of its own, and that’s the more important thing here. 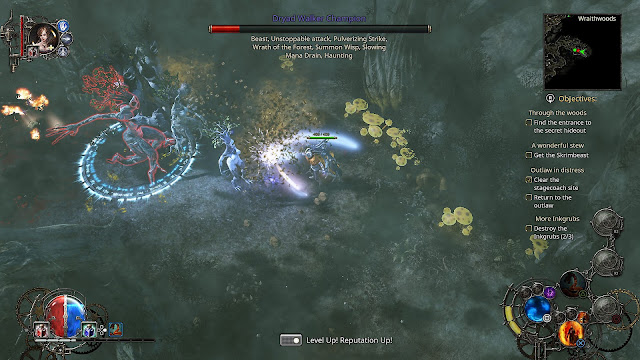 There is a uniqueness that makes Van Helsing more than the sum of its parts. Borgovia, where you’ll be spending just about all of your time, is a steampunk-themed nation with plenty of machines alongside the swords and magic. Being upfront with this from the beginning and telling visitors that this is a nation of mad science only helps to sell that all the weird that you’ll come across belongs here. Vampires, werewolves, mutants, mini screechers (basically an adorable mini Godzilla) and the army of mechanical foes all feel right at home as they come across your blades, your guns or your own mechanical minions and magic.

The game’s other defining characteristic is that it’s not just about the hack-and-slash. Put in charge of The Resistance, not only are you going to need to go out and try to stop Prisoner Seven, but you’ve also got forces that you need to direct to defend against the incoming hordes. Some of these are hands off, requiring you only to pick the right commander for the job, but at other times you’ll need to take personal control and direct the defences against the waves of foes. One of the issues with the Diablo-likes genre is that the action can become stale over time. One of the best qualities of Van Helsing III is that it recognises that, and looks for a solution. Tower defence is a rather tired genre in its own right, and hardly the most complex of strategy game experiences, but its inclusion in this game helps to ensure that nothing ever does become stale.

But it’s Lady Katarina that really steals the show. Bound to serve your family from your father, the original Van Helsing that once saved Borgovia, she has insights into each of the various realms of living, dead, and ink (it makes sense in context) that you’ll explore. Never one to shy away from sharing what she really thinks, shes’ also the source of much of the narrative’s much-needed and much-welcome humour. Lady Katarina is also helpful, mechanically; she can be configured to be melee, ranged or a tank combat support to sponge up damage. If there’s any one hook that makes Van Helsing III an essential entry into the genre, it’s the role that Lady Katarina plays within it. 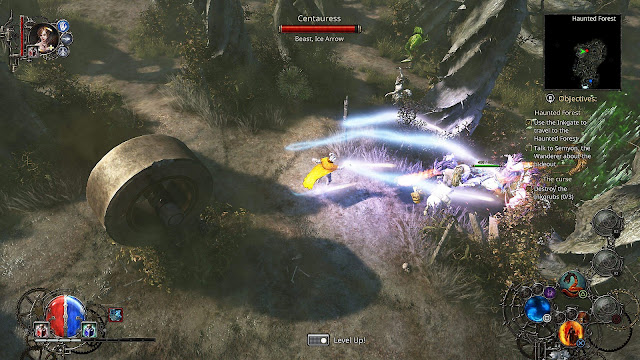 While we’re on the topic of mechanics, Van Helsing III offers the most choice for players across the series, with six different classes to choose between, each with a different play style, but ultimately one that fits into this world. Whether it’s the gunslinger-looking bounty hunter, or the assassin that can teleport around through the use of magic, through to the heavy gunner that has plenty of mechanical toys and weapons to play with, you’ll find something to suit your style.

Unfortunately, while the console version of The Incredible Adventures of Van Helsing III looks good, it’s not without its issues. There were plenty of crashes and frame rate issues with a PS4 Pro in the 1.00 version that I played on for much of the testing period. The load times aren’t the longest but they still felt longer than they should have, particularly when crashes meant I needed to re-load the game. With that being said, a recent patch to 1.01 seems to have stablised things significantly, so I would assume that any residual issues with the game will be sorted with time.

Overall, while coming in five years after the PC release, The Incredible Adventures of Van Helsing III was a pleasure to have on the console. While NeocoreGames have moved on from the crazy world of Borgovia to the stars of Warhammer 40,000 with Inquisitor, this final chapter is a reminder that, with any luck, the developer will again its hand at something with a fantasy bent at some stage.

Developer Q & A: The Minit devs are back with a razor-sharp “disc survival game”