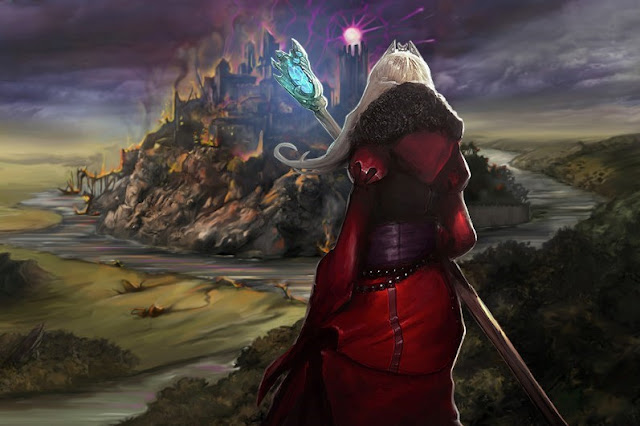 There is no shortage of strategy game options on the Nintendo Switch at this point. From the lighthearted and casual (Wargroove, World Conqueror X) thought to the grand 4X, Civilization VI, and the truly hardcore, niche Realpolitiks, strategy fans on the go are more than catered for. Enough so that I imagine that Worlds of Magic, a port of a fantasy 4X that has only seen a middling response on every other platform it has been released on, will find it difficult to find an audience here as well.

Related reading: Our review of the game’s PlayStation 4 release

It’s not that Worlds of Magic is terrible. It’s just very, very mundane, and while it claims to be a spiritual successor to older 4Xs like Master of Magic, it burdens itself by being a homage to all the flaws of those older genre examples, too. Diplomacy, for example, is a cornerstone of the modern 4X genre, and we’ve seen the likes of Civilization go from having easily exploited AI and a diplomacy system that’s almost not worth bothering with, to having a rich experience whereby a diplomatic victory is both viable and something interesting worth pursuing.

Worlds of Magic’s diplomacy system is truly dull. AI contact you every so often to demand you give them something, and if you appease them for long enough you can ask for an alliance… which they’ll break at some arbitrary point soon after (or you can break with very minimal consequence). The other systems within Worlds of Magic do fare a bit better, thankfully, though they’re still too streamlined for their long-term good. The economics system is a simple matter of balancing a few precious resources: gold and food, with the need to build up your cities and armies. City buildings have a gold upkeep cost, and military units have both gold and food upkeep costs. If you go into negatives on either resource, units start to desert and buildings are torn down, and you don’t get to control what goes, so you’ll be constantly monitoring those resources to ensure that you’re covered for every new thing that you build. 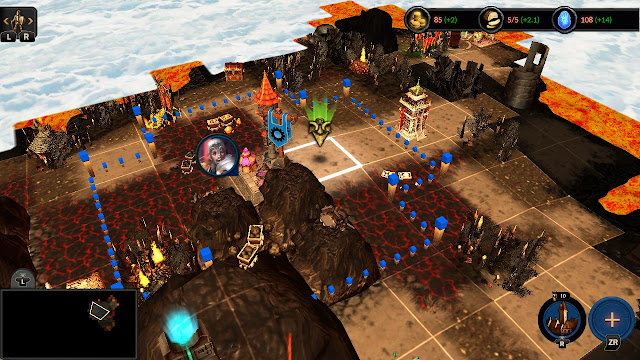 City building also works fine, though it does encourage an overly aggressive approach to building. Much like in Civilization, a city will draw on the resources within its borders – if you’ve got wild game in one city’s borders, it will collect food better than the other city that is located near mining resources. Unfortunately the city borders never actually increase in size like they do in Civilization, meaning that you need to dot the landscape everywhere with these things just to collect all the ideal resources spread across the map. It becomes real busywork, and it’s not a pleasant visual, either. The map ends up looking like someone with bad dandruff shook their head and covered their jacket with the stuff.

It’s the combat where Worlds of Magic wants you to focus your energies, through, and where it wants to find its nuance and long-term value. It’s almost akin to a Heroes of Might & Magic title, in that while the city and empire building stuff is all there, the real game is when you’re whisked away to a battle map to participate in tactical turn-based battles. Once again, everything works in Worlds of Magic’s combat system. Different races have their own specialties – the dragon people, for example, are powerful but low in numbers, while the elves are all about ranged combat, and orcs like swarm tactics. Additionally, you control a wizard who has an expansive spellbook of abilities that allow them to rain fire (or ice) on the hordes.

Combat plays out in turn-based fashion and all the number crunching that goes on in the background seems fair, but for all the effort that went into this, there are still some sharp limitations. Firstly, there aren’t that many units for each faction, so army building is tactically limited. Secondly, there’s nothing stopping you from filling your forces with units from other factions once you’ve captured their territories. By the end game, your armies will be filled with the best picks of each faction, making for a homogenised approach to strategy, and defeating the point of making the factions as tactically different as they are. 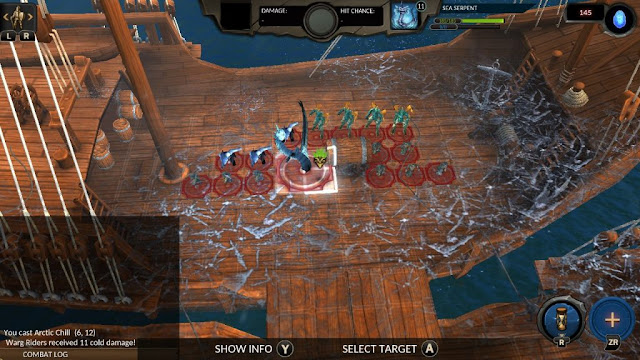 The one thing that makes Worlds of Magic different enough to be worth a look, despite its other limitations, is the ability to play across different planes. The default plane is, of course, Earth, but alternate planes exist, and by finding the portals to the planes of air, darkness, fire and so on, you can build up empires on those as well, and then use those resources to assist your conquests on other planes. The end effect is a little like playing multiple games of chess at once, in that you need to be very tactically aware across multiple fields of battle simultaneously, and have multiple different tactics going on at the same time. On one plane you might be the dominant player and simply looking to consolidate your hold on the region. On another you might be the desperate underdog. With deeper systems outside of the combat, this planes hopping could have made for an amazingly nuanced 4X. As it is with Worlds of Magic it’s still different enough to be worth a look, but ultimately an under-utilised opportunity, since the systems that the game runs on are insufficient to make playing on each plane a genuinely unique strategic experience.

The Nintendo Switch port of the game suffers from some additional issues that other versions of the game avoided. When playing in handheld mode, on certain planes the level of detail makes it difficult to identify resources and other specifics at a glance of the map, making it labourious to determine where to build new cities. Additionally, ending your turn requires that you press down on the right hand thumb stick for a second or two, and on the Switch that is the most uncomfortable, stiff button to press, let alone press and hold. It sounds like a minor thing, but when a game lasts hundreds of turns, you’re got to question the wisdom of making a thumbstick button press so critical to the gameplay loop.

So Worlds of Magic is not bad, but it’s also by no means a genre leader. It’s simply too limited and shallow to meet the expectations that people have of 4Xes in the modern era. The plains hopping feature is nice, and can lead to some truly epic, expansive campaigns, but it’s not quite enough to offset the limitations elsewhere. Furthermore, the Switch port was clearly never optimised for the hardware, making this the lesser version of an already mid-tier experience.

Actual Sunlight comes to Nintendo Switch, and you must play this game