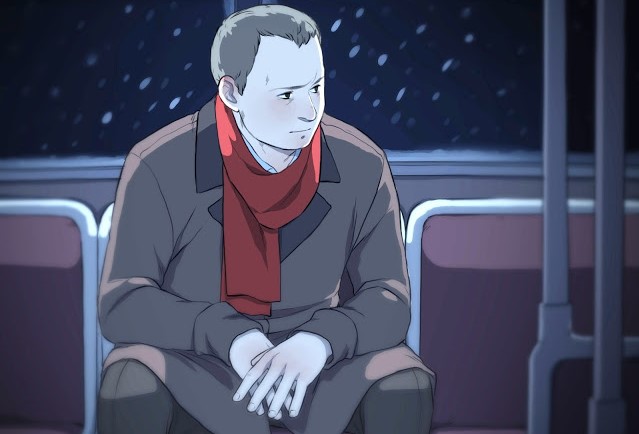 Actual Sunlight doesn’t look like much – it’s one of those games that has been built in RPG Maker, but this is one hard-hitting, essential works of art. I’ve previously reviewed it on PlayStation Vita, and it’s not the kind of experience that really needs a second review, so I won’t do that for the newly-released Nintendo Switch port. All you need to know in that regard is that it’s a fault-free port of the game. However, I do want to talk about this one a little more, because it has stayed with me over the last five years in a way most other games do not.

Related reading: Little Red Lie, by the same game developer, is every bit as effective and essential. Our review

Actual Sunlight is really very unpleasant to play, but I mean that in a good way. It’s one of those deeply mature, adult bits of art that aren’t “adult” because they feature grotesque violence or explicit sex. It’s adult because it’s talking about adult issues with an adult view on the world in a way that adults will relate to. It’s about a guy that is absolutely miserable with life. His job sucks. His love life is non-existent. He’s overweight, he wastes money on frivolous things, and he hates himself. It’s a short narrative, but as it’s predominantly a series of soliloquies through which our protagonist observes the world, there’s a real textual density there, and we do get a deep sense of who he is, and he’s very much the everyman. He’s someone you know, if not you yourself.

In that, he also acts as something of a subversion of just about every video game character we’ve ever been asked to play. Even those games that don’t aim to give us control over superheroes or future legends – games like Life Is Strange – still aim to replace normalcy with something. It’s not enough to be a teenager – you need to be a teenager who can, with just a couple of well-chosen words, save her friends from suicide, or, as we saw in the sequel, get to go on a grand Stephen King-esque roadtrip of discovery.

Almost every game is about agency and empowerment, in other words. Even the darkest of horror titles, or the most linear of visual novels, almost always feature these narrative loops – progress, development, agency, and ultimately success and/or closure.

There’s nothing of the sort in Actual Sunlight. You wake up. You drag yourself into work. You’re insulted by your co-workers or boss. You go home. You drag yourself into bed. You rant and rave to yourself about how messed up the world is (or even just how ruinous your own life is), but you don’t do anything about it. Actual Sunlight is an incredibly limited experience, but that’s the point. It’s dis-empowering. It removes agency from you. And it does that because the game’s very systems parallel the impact that depression has on the protagonist… and anyone who experiences it in their real lives. And this – how we respond to the depression in Actual Sunlight – is entirely the point of the game.

On a second play through of Actual Sunlight, I found it hard to play for more than a few minutes at a time, because, more focused as I now was in the details of the plot than the wonder of what was to come, it really started to hit me just how intense it all was. My biggest takeaway this time around was actually more a reflection on my response to this character than an attempt to understand who he is. This time around I found the protagonist to somehow be both someone you want to sympathise with, and someone deeply frustrating. I think that’s the point, though, as it’s a near perfect mirror to how most of us respond to people who experience depression. On the one hand, you never want to see a person struggling from day to day, and of course you want to help… or just be available to them as they need. On the other, you just want to shake them out of their rut. You know on just about every level that depression doesn’t work like that and people don’t just snap out of it. The protagonist of Actual Sunlight reflects that too – he wants out, but can never take that next important step to get there. And yet while you know all this, witnessing someone going through depression is an exercise of extreme frustration.

I’ve pinpointed this as being the root to the discomforting feeling that Actual Sunlight leaves me with. It’s not from the shock impact of the (often raw and angry) writing. It’s not at what happens to the protagonist by those around him, since we have to see the protagonist as the epitome of the unreliable narrator – his depression taints how he looks at the world, and the people we interact with, and it’s pretty clear that those around him are, in fact, just normal people in the end. It’s not about the game’s inevitable conclusion. All of those things hit hard, but it’s the bitter challenge that the protagonist – via his fourth wall-breaking conversations with players – throws at the players, to look at their own response to depression where the real impact of Actual Sunlight lies.

As I wrote in my original review of Actual Sunlight: Games don’t have to be entertaining. Sometimes it’s more important for a work of art to challenge its audience and left them reflective. Actual Sunlight does that, and does it powerfully. If you haven’t played it yet for whatever reason, you should probably look at remedying that.