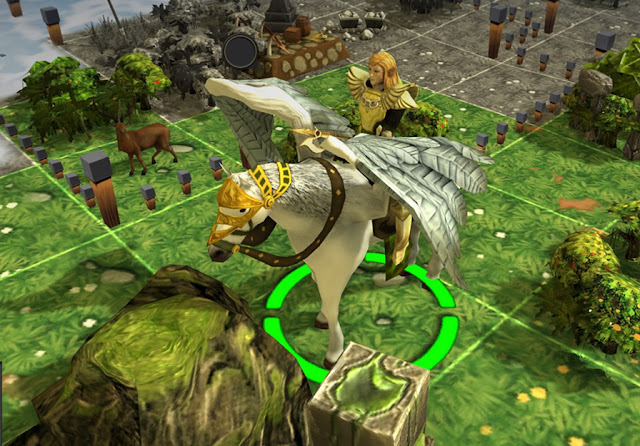 Genuine 4X games are hard to come by on consoles, and I’ve never been quite sure why. Civilization 2 ran just fine on the original PlayStation, many years ago now, and Koei (now Koei Tecmo) has been producing games like Romance of the Three Kingdoms and Nobunaga’s Ambition on consoles from even before then. So I don’t buy the idea that the interface is too difficult to recreate on console or any other excuse that we’ve had from developers like Paradox Interactive or 2K Firaxis in recent years. More than likely the real reason is that they simply don’t see the market for these kinds of games with console fans.

The PlayStation 4 has been a turnaround on that front though, and we just love it for that. Two Nobunaga’s Ambition titles, one Romance of the Three Kingdoms, Grand Ages: Medieval, and now Worlds of Magic; that’s a whole lot of 4xing. The latter game, when we boil things down, is quite a close homage to the Heroes of Might & Magic games; while it doesn’t hit those lofty heights its inspiration has achieved, I’ve loved sinking hours into the fantasy, the strategy, and the tactics.

You’ll start out each game in command of a single city as well as a small unit of soldiers. Your goal from there is to dominate each plane of existence (we’ll get to that unique hook in a moment). To achieve those ambitions you’ll need to make smart use of resources to develop your cities, build up your armies and expand, either through founding more cities or conquering enemies. There’s quite a few different fantasy armies to choose between, from the undead to orcs, high elves, dark elves and draconians, and each of these forces have their own strengths and weaknesses. The best thing is that by conquering other nation’s cities, you get to build their units to compensate for your army’s weaknesses; imperialism at its finest. 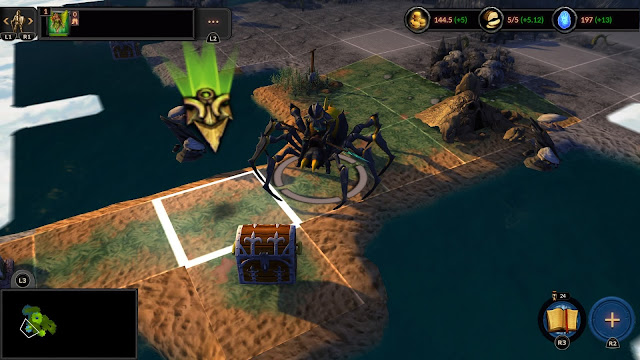 If this all sounds a little like a fantasy version of Civilization, that’s because it is, albeit simplified from the Civilizations that we have now, including the recently-released Civilization VI. However, if you’ve got fond memories of Civilization 2 (and I certainly do), or the Civilization Revolution games, then you’ll slip comfortably into Worlds of Magic’s streamlined approach to city management.

Where the stronger Heroes of Might & Magic parallels come in is in the way that research works, as well as the combat system itself. Whereas in most other 4X games you’ll dedicate some of the pool of resources that your cities collect to scientific research, which helps give you a technological edge over your competitors, in Worlds of Magic you’re instead researching magic spells that you can then cast both in and outside of battle. Some spells damage enemies. Others give you scouts to explore the world map quickly with, or boost the income-earning power of one of your cities for a while. There’s quite a bit of strategy involved in picking the right spells to research, and it does add a different dynamic to the overall strategy. In other 4X games you use research aggressively to develop better units and more efficient use of resources than your opponents. In this game magic is a supporting tool, used to help ensure that your other strategies are able to outperform. There’s a greater symbiosis between these as a consequence, and it also means that, with the right magic, the weak units you start out with will be useful for a longer period of time than basic units tend to be in 4X games.

Once combat has been joined the game zooms to a chessboard-like grid, with the forces on both sides arrayed against one another. Both sides then take turns to move their forces and direct them to fight until one side is wiped out. The variety in the available races means that battlefields are vibrant with a great range of units, and the tactics that each brings to the battlefield keeps the action fresh throughout. Fliers have an advantage in that they can only be counter-attacked by ground units; any attempts by foot soldiers to take the initiative is guaranteed to fail. Big units have strength advantages but are easy to surround. Some foot soldiers have bonus attacks from thrown daggers or similar as they approach to engage an enemy in melee. Archers and magic users are incredibly useful, as they can whittle an opponent down from a distance, but tend to be squishy in melee.

My mob of orcs are putting down a horde of dwarves ^_^ #PS4share https://t.co/fW7rFTBsn5 pic.twitter.com/4TQep08Kny

If you’ve played strategy games before, then you know how the basic tactics gameplay plays out. Worlds of Magic is nicely balanced, and this is the most important thing. Though the enemy AI isn’t particularly good, it can still swamp you if you’ve got an inferior force, and it knows how to attack poorly defended cities, so you’ll need to remain on your toes if you’re facing an enemy nation that is in a similar strength position to you.

Most interesting and unique about the game are the multiple “planes” that you’ll need to fight over. Each plane of existence (and you can play with up to eight) has its own rules and challenges to overcome, but you’ll need to settle and conquer all of them in order to succeed. The hopping between planes adds a lot of micromanagement into the mix – it’s enough to try and manage a single plane in 4X games, but it’s difficult to deny the fun of juggling multiple fronts at once.

Planes of Magic isn’t perfect. The art direction is pedestrian; the AI being quite predictable is a problem for a strategy game; and the handling of diplomacy is so poor that there was little else I could say about it in the review. The developers may as well not have bothered sticking it in, because not only do the very first 4x games from decades ago handle it better, but even attempting to make use of it actually puts you at a disadvantage as the only strategy the game rewards is aggression. 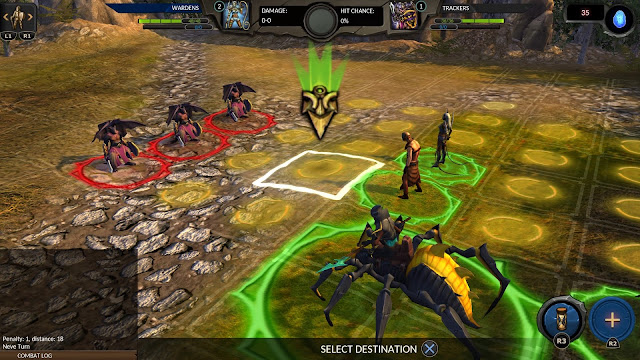 Putting aside those issues, however, the core game is a lot of fun. I know I always end up saying this, but I prefer kicking back to play games on my lounge TV rather than at a PC. As a casual, streamlined take on the 4X genre, with a nice fantasy vibe to boot, I expect I’ll be keeping this on rotation for quite some time to come.

Catching up with Dead or Alive 5: Last Round’s recent DLC