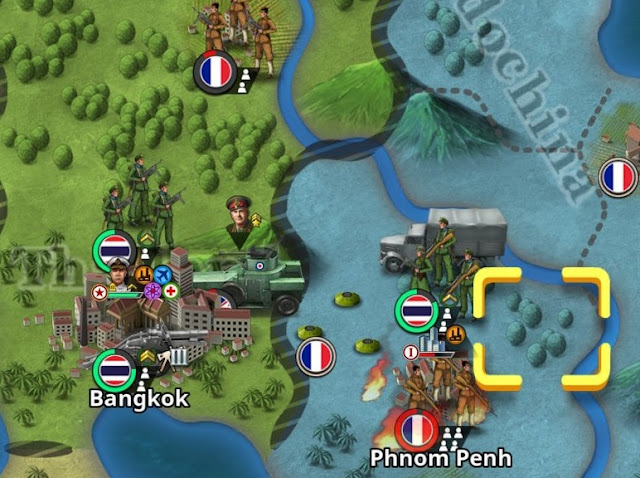 The rarest of rare – the absolute roc’s teeth – in console gaming is the grand strategy genre. There are so, so few attempts at bringing serious strategy games based on real-world conflicts that, as a fan of the genre but who doesn’t generally like playing games on PC, those rare attempts are quite precious to me. Koei’s done the right thing in bringing the Nobunaga’s Ambition and Romance of the Three Kingdoms franchises back to console, but the Switch has been left out there (in the west, anyway).

That’s all changed now, though. Circle Entertainment has brought World Conqueror X to the Nintendo Switch, and while World Conqueror isn’t going to threaten the likes of Hearts of Iron or anything from a specialist wargame publisher like Slitherine for the title of the best World War 2 grand strategy game, it’s a genuinely impressive effort, and something well worth supporting.

World War 2 needs no introduction, of course. It is, by far, the most horrific, destructive, and world-changing war that history has ever seen. Hopefully humanity somehow beats the odds and it never happens again. For all that horror, it’s also a fascinating period of time in terms of diplomacy and military strategy, and it’s a war that people should study and learn about beyond the heavily revised interpretations of the war that we find in popular culture.. 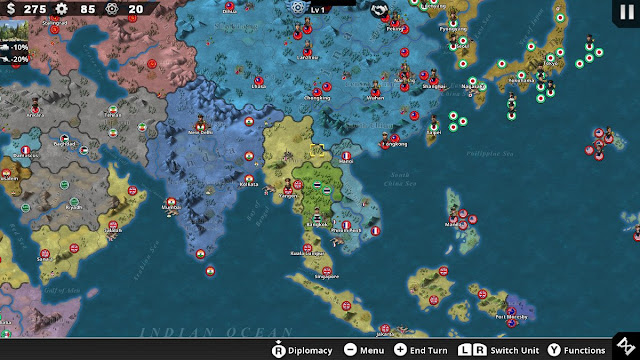 It’s a difficult war to represent in videogame form, though, for a couple of reasons. Firstly, the respective sides aren’t even on any level. For all the successes of Germany and Japan in the early stages of the war, the Axis was completely dwarfed by the wealth and power of the Allies, and the only thing that kept them in the war for so long was that the allied sides were too busy playing political games to get themselves actively involved in the early stages. It wasn’t until Germany pushed into Russia, and Japan attacked Pearl Harbour, that the two mightiest forces on the side of the Allies started to really push back, and it was at that point that the result was a forgone conclusion (and yes, contrary to modern revisionist propaganda, it was as much Stalin that won the war for the Allies as anything the Americans did. I assure you, play as the Allies in this game and you’ll be very thankful for the support of the Soviets indeed).

Additionally, it truly was a world war that consumed the resources of the entire planet. Actually balancing a video game to accurately reflect that scope while still being an interesting game that gives you at least the opportunity to explore alternative result hypotheticals is a monumental development challenge, but I’m happy to say that World Conqueror X does a genuinely good job of it. You do need to change tactics, depending on whether you play as the Allies and Axis, and it is possible to grow the power of one of the minor nations to become a major contributor to the war if you so wish. It’s hard, but it’s possible.

For example, in one play through I managed to take Thailand – one of the most minor players on the Axis side of all – and have them become an instrumental part of the war effort. I even managed to take over Australia. Another time I played I got Spain actively involved in the war (historically Spain was sympathetic to the Axis but officially neutral), and the Axis were able to utterly steamroll through the war with those additional resources on the western front. The secret was taking advantage of Spain’s minimal land borders to accelerate the conquest of Africa and build a large fleet to give the Axis allies a buffer against America and Canada, and further isolate England. See, I generally play World War 2-based games as the Axis as it offers a greater strategic challenge. That said, my next challenge will be figuring out how to have Poland survive the initial rush from Germany. So far I’ve not been successful… 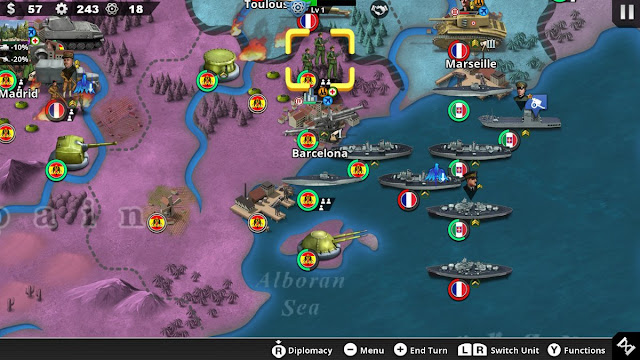 But I digress. The point is that World Conqueror X is authentic enough to the beginning of the war, and accurately reflects the respective strengths of each nation. At the same time, it’s designed in such a way to reward strong tactical play, and that’s really what you want from a grand strategy game. In addition to the “sandbox” mode where you pick a side at the start of the war and play it out, there’s also a large number of scenarios that gives you the opportunity to play through specific key battles across the theatre of war in both Europe and the Pacific.

I’m also very impressed with the game’s interface, which is able to display a lot of information without becoming difficult to follow. World Conqueror X has abstract systems to represent unit health and morale, as well as the technology and resource output of major cities, and the economic value of each piece of land across the planet. All of that’s easy to take note of at a glance, and the ability to zoom right out to a global map, and then right down to a tiny region in which a couple of units are battling, is both visually impressive, and makes it very easy to follow the ebbs and flows of the global war, even if you’re only participating in one small section of it.

In terms of the complexity, World Conqueror X is more simple than most games in this genre. You’ll know everything about the game that you need to know within three five-minute tutorials. It would be inaccurate to say the AI is up to snuff, either. Unfortunately the challenge that this game offers tends to be related to being overwhelmed by enemy numbers, because the AI is rather predictable. World Conqueror’s roots are in mobile gaming – premium mobile gaming, it must be said, but mobile gaming nonetheless, and anyone going in expecting something like Hearts of Iron will be disappointed that this sits somewhere between that and Risk. 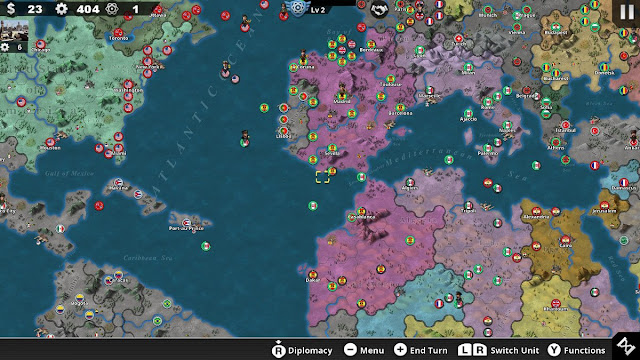 I don’t see that as a weakness in the game though – as a “casual grand strategy game” World Conqueror is a brilliant way to relax with a glass of wine when you don’t want to concentrate on something too closely. It also means the game can serve as an excellent introduction to the genre for newcomers.

There are some issues with it, though. On the one hand, it’s probably for the best that the developers have stripped the swastika and other particularly hateful symbols out of the game. The point of a grand strategy game is to depict the military activity of the period, not the ideologies that led to the war happening. But in the process the game also does a poor job of representing the impact of the war. I mean, you can develop and drop nuclear bombs on enemy units, and the only impact that it has is that the unit loses a fair chunk of health, and then it’s a while before you can drop the next bomb. I think that any game that depicts World War 2 should not shy from depicting the real horrors that were inflicted by all sides through it; it’s just too important that we remember that this particular war was not a game.

The game also lacks historical realism in areas that are important. You can assign generals to units to give them a boost, which is great, since each general has various strengths, in line with their capabilities in the real history. But you can also assign generals from the armies of other nations, once you’ve unlocked them, to your units, and it just seems weird to have general Tadamichi Kuribayashi commanding a unit of Polish infantry in a game that generally tries to be authentic. Additionally, the “diplomacy” in this game is dismal. Ideally there should be ways to diplomatically keep certain forces out of the war, or even sign them on as allies, but here there are no systems at play outside of the military conflict itself. 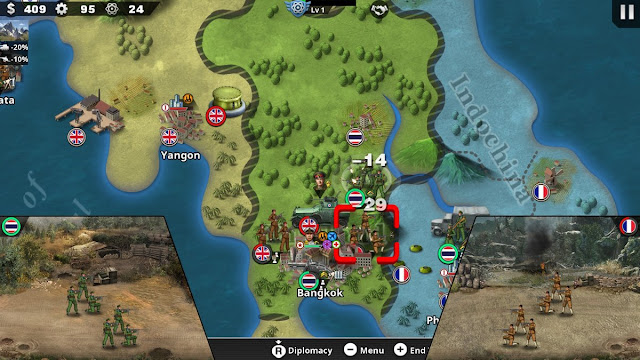 World Conqueror X is a hugely rewarding strategy game. It’s not as refined or committed to the history of the conflict as the more serious wargame fans would like, but then it manages to depict the truly complex, global conflict in a streamlined, accessible, and, for the most part, authentic manner. I am beyond delighted that the Nintendo Switch has something like this on it.