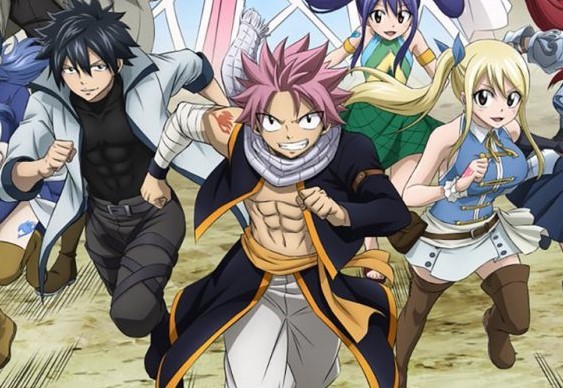 Gust, as Koei Tecmo’s JRPG house, has produced some cracking titles over the years. Everyone with a fondness for the genre knows about Atelier, of course, but whether it’s Blue Reflection, Ar Nosurge, Nights of Azure, or something else, Koei Tecmo has made a habit of telling beautiful stories, featuring beautiful characters, in distinct, beautiful settings.

Fairy Tail is a significant departure for the team. It’s a licensed title, based on the popular anime and manga property. This raises two questions – why would the team at Gust decide to make this their first licensed title, and why would Koei Tecmo as a company decide to make a JRPG out of Fairy Tail? Koei is no stranger to licensed properties (see: Berserk, One Piece, Arslan, Fist of the North Star, for just a few), but traditionally those that have been produced have run on the Musou/”Warriors” engine.

“The story of Fairy Tail is not so focused on the individual,” Kikuchi Keisuke, associate head of Gust and senior manager, midas entertainment division, said. “Heroism, through the story, is also about friendship and camaraderie and teamwork. As an extension, the game also focuses on the guild as the home to all the characters, and and provides benefits for them, so in that sense, we thought the JRPG format was more suited for this particular IP than the Musou format. 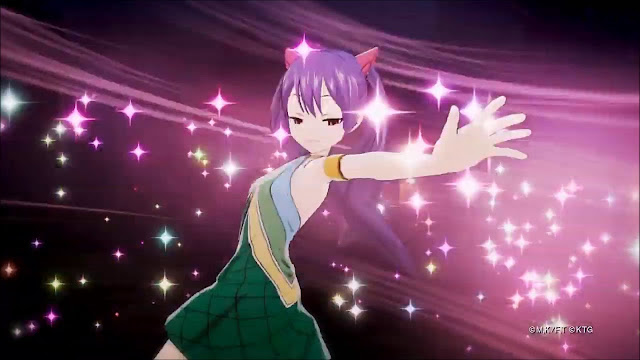 As a JRPG, players should expect something of substantial length with Fairy Tail. Gust JRPGs never push out to the point where they go overboard on length to the detriment of the game (hello, Persona 5), but they are nonetheless sustained experiences. However, even taking that into account, Fairy Tail is a particularly long-running manga property, and according to Kikuchi, it will indeed be a game for the fans first – you may want to do some reading up on Fairy Tail before stepping into this one. “We went through a lot of careful planning, trying to decide which arcs we should take, how much playtime we would aim for, and how we turn that into chapters in the game,” he said. “Also, within each arc, we asked ourselves which part is the more exciting one that fans will react to, and that’s what we should focus on in that chapter.”

The drive to remaining true to the Fairy Tail property also led Kikuchi and his team to work closely with the series creator, Mashima Hiro, in developing this series. Developers will often claim that they’re working closely with an outside creator, only for the reality of that “close collaboration” to be a very hands-off consultancy role. Mashima was intensely involved, Kikuchi said.

“As far as the visuals are concerned, he is the creator, so he does review all the modeling and all the character animations,” Kikuchi said. “But he’s also an avid gamer. So for example, this week, we took this build to him to demonstrate, and he had a whole list of suggestions to come back to us with. Mashima has been really good to work with. He understands that even if something deviates a little from the original story, as long as this makes the game more entertaining, it is more important. He also has a great understanding of what would resonate among the fans, of course, so he provides those story pointers to the team as well.” 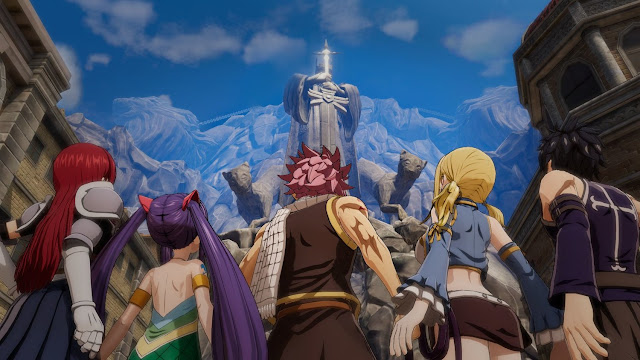 So while Fairy Tail is very much a game of passion for the fans, Kikuchi added, Gust is aware that Fairy Tail also looks very much like an Atelier title, in terms of its aesthetics and engine, and there may well be people that pick this up as fans of Gust ahead of Fairy Tale. “The story starts really small, and you get to know people around you, and you find out what kind of people they’re like,” Kikuchi said. “You’ll get hints about what they went through in the past, and we did pay a lot of attention to that, so I think players should find it easy to sink into, for one.

“Additionally, once the game has captured your interest and you want to really dive into the world, there is a place in the game which serves as an encyclopedia where you can find out about each character, past events and that sort of thing.”

As Gust’s first licensed title, there’s clearly a lot riding on Fairy Tail, but it does very much look the part. Gust’s engine lends itself to anime well, and the team’s customary eye for gorgeous characters certainly comes true with the anime’s more fanservicey elements. I asked Kikuchi that, assuming it’s a success, was this just the start of a new “pillar” in Gust – licensed anime games? 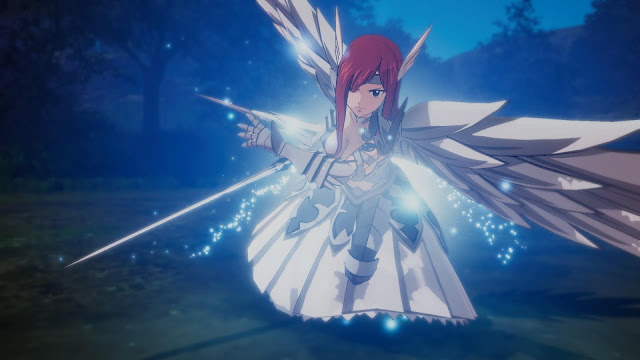 “We always want to challenge ourselves, whether it’s our own IP or an anime franchise,” Kikuchi said. “There are other IPs I personally think would work really well with the Gust formula, but in taking on those titles, I think we need to be prudent and go through careful scrutiny, so we won’t treat them lightly.

“It’s not a new direction we’re totally committed to,” Kikuchi added. “For now, it’s more about challenging ourselves, so both the original ones and other IPs.”

Fairy Tail is headed for a 2020 release, across Nintendo Switch, PlayStation 4 and PC. Given how quickly Gust can work, expect this one earlier on in the year, though we haven’t got a firm release date just yet.

A book about Japan that you must read: John Hersey’s Hiroshima

Review: The Surge 2 (Microsoft Xbox One)