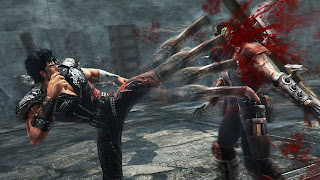 Fist of the North Star is as old as I am. 30 years. It’s a little frightening for me to come to realise that, after all, no one likes to be reminded that they’re a couple of years away from a mid-life crisis and buying a Lamborghini (actually, that doesn’t sound so bad…), but for Kenshiro and his friends, the fact that there are still games built around their adventures is a genuine reflection on just how endearing this franchise continues to be.

Within a couple of minutes it is abundantly obvious why this series continues to be so popular. It’s brutally violent, and offers a wide range of very different (though completely imaginary) martial art styles on exhibition. The setting – a post-apocalyptic wasteland – is also a real breeding ground for bittersweet stories of humanity and heroism. But mostly, it’s just brutally violent. 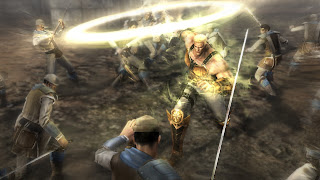 Here is a rare game that doesn’t mind showing vivid scenes of defenceless people being mown down by especially nasty warlords. And by defenceless people I do also mean children, women and the elderly. There’s also some obligatory sexploitation of the female characters, and the male power fantasy is on display in full. Fist of the North Star comes from an era where grindhouse entertainment was acceptable, of course, but to modern sensibilities these themes are presented with such unflinching brutality that it can be a little off putting. Of course, the main reason for it is to give players a visceral pleasure for “paying back” the thugs, and to elevate the dour Kenshiro and his friends to a kind of heroism that players can relate to, so overall the theme does work in setting up a compelling game.

Tecmo Koei’s Warriors formula is also an appropriate choice for a game based on Fist of the North Star for that reason – it enables blood letting on a massive scale. Ken’s Rage 2 acts as something of a refinement or expansion pack to the original game. As such, fans of the first game should get something of value out of this game though they might grumble at paying full retail price for it again, and Fist of the North Star fans who hadn’t played the first game now can now buy this instead as this acts as the definitive edition. 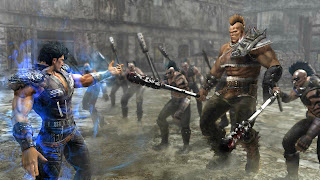 As this is a licensed title, the actual storytelling is a little hampered in terms of creative freedom. The developers are forced to follow the plot lines of the manga, and they do a faithful job of that. They’ve also done their best effort to mix things up and provide gameplay variety. In some instances it works; there’s an excellent range of characters to play with and the action sequences are kept short and sharp. Recognising that the action has the potential to become repetitive without regular cut scenes, there are times where the game nearly becomes a 50/50 split in story telling and the actual game, and Ken’s Rage 2 is the better for that. Yes, it’s the kind of mix that will only appeal to fans of the manga, but really, who else would ever have been interested in this game?

In other areas the game stumbles in trying to offer variety. The stealth sections are just silly – Kenshiro can take down an entire army with his fists – he hardly needs to sneak around anywhere. In fact, at any time where there isn’t combat, Ken’s Rage 2 creaks under an engine that isn’t designed for anything but combat. Between battles there’s also a “scrolls” system that offers a rudimentary (and rather dull) way to power-up and somewhat customise characters. It’s not much and eventually becomes a chore. 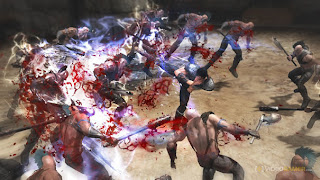 All of these stumbling blocks are forgiven the moment the combat starts though. People often criticise the Warriors formula for failing to keep things fresh, and accuse every game that uses the formula as being “samey” but I have to wonder if those people have actually spent any time playing Warriors games. Dynasty Warriors games feature a free-flowing, fluid and graceful combat system. They’re the elegant, cinematic-style games. Samurai Warriors games tend to focus more on individual duels with rival warlords than on bringing down thousands of warriors in each battle.

A game like Warriors Orochi is more about fulfilling a fun fantasy, and then there’s other experiments – such as Trinity, which turns the formula into an RPG-style game. 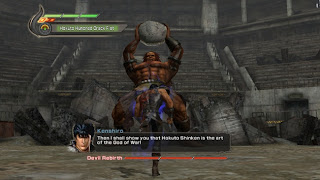 Ken’s Rage meanwhile is all about brutal, gritty fighting. Characters move and fight ‘heavily’ in this game, and the focus is more on making every punch and kick have a weighty, bone-crunching impact than building big combos. In many ways, it’s more like a brawler than a Warriors game, and this is especially evident in the boss battles, which tend to be lengthy and each has its own interesting quirk to keep players on their toes.

The differences between the warriors games are subtle, and if you don’t play them regularly and in-depth, they’re easy to miss, but they do offer substantially different experiences that are unfairly ignored by critics.

Outside of the main story mode is a “Dream Mode,” which introduces a couple of interesting quirks to the combat while reducing the focus on storytelling. In Dream Mode there are “bases” littered around the environment that players will need to capture in order to access the level’s main boss. This is a familiar system that we’ve seen in Dynasty Warriors and Gundam Warriors games in the past. It can be taken online for both coop and competitive play, which offers a fair replay value, but be warned – as a niche game expecting to find online players at times is tough. 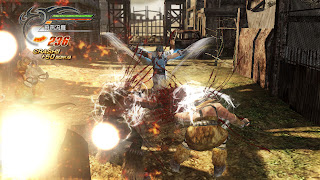 While Ken’s Rage 2 isn’t the finest game in the Warriors series, it’s very playable, and a good opportunity to revisit a classic manga for the fans. It captures the apocalyptic violence of the manga incredibly well, and while the overall package is perhaps a little limited as we’ve become accustomed to Warriors games being overloaded with content, there’s still more than enough content to justify the full price tag.

I also had the opportunity to test the game on the Wii U, and it’s functionally the same although it’s clearly not optimsed as well. There’s some frame rate issues and the odd graphical glitch that I didn’t notice in my PS3 playthrough. Not enough to affect the overall quality of the game, but it’s disappointing that more care wasn’t put into the port.

Sela the Space Pirate is now available on iOS and Android