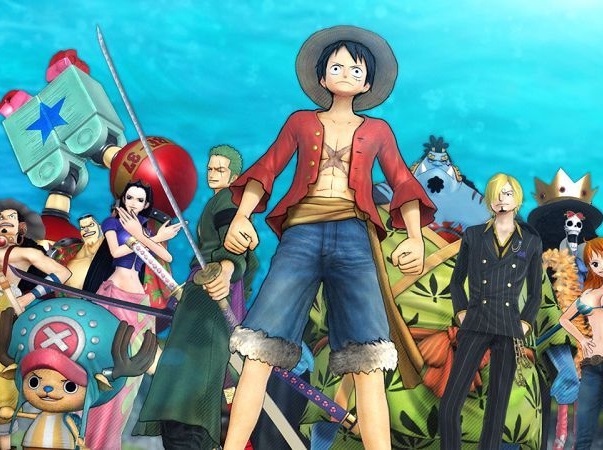 One Piece Warriors is Koei’s longest running anime spinoff Warriors series, and for a really good reason; these games are really great. After all, One Piece features a colourful bunch of characters, endless excuses for big action, and simple plot arcs that are easy to summarise to get players into the action quickly. All of which are simply ideal to apply to the Warriors formula.

Related reading: Our review of the game’s initial release, back in 2015

And now the series has landed on the Nintendo Switch. One Piece: Pirate Warriors 3 Deluxe Edition is a game that you won’t finish quickly, nor grow tired of. It’ll be overshadowed by releasing around a week before the Hyrule Warriors, but even still, One Piece fans – and anyone who enjoys a good Warriors game – will appreciate this one.

One Piece Warriors 3 kicks things off with the very origins of the series’ lead, Luffy, and progresses through a surprising amount of the anime. Not all of it, since the series is up to its 10,000th episode (perhaps an exaggeration, but only a slight one), but a lot more of it than I would have expected from a single game. I must admit I’m getting rather tired of games running over that same origins story for One Piece (why not try writing an original tale?), but to the game’s benefit, the anime does introduce characters slowly, so you also won’t step into this one overwhelmed for choices if you’re a little less familiar with One Piece. 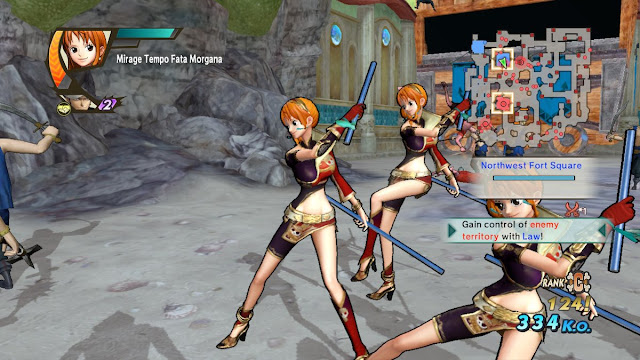 However, the game also acts as a poor introduction to One Piece, because the story arcs really are summarised with an efficiency for words that is counter-intuitive, but so extreme it’s really quite impressive. The emotional collection that you’re meant to develop with your favourite characters in this game rests on you having a pre-existing knowledge of the characters and events of One Piece, because the game’s barely able to tell you what point in the story that you’re up to.

Assuming, then, that you have that prerequisite understanding of One Piece, what you’ll love about this particular Warriors title is the boss battles. One Piece itself is a franchise that rests heavily on the epic “boss” battles between Luffy and his crew, and one terrifying weirdo or another. One Piece Warriors does a really impressive job of making each of those eventual boss battles interesting, with enemies exhibiting a range of different attacks and special abilities, and the combat itself proving to be surprisingly difficult and layered at times. Warriors games have a reputation for being “button mashers” with overly simple boss battles, but One Piece is really quite far from that. You’ll need to focus on defence, dodges, timing, and clever use of abilities. It’s genuinely entertaining, dynamic stuff.

The developers have done a really great job in making each hero character feel unique to play with, too. Whether your favourite be Luffy, Chopper, Nami, or someone else, you’ll enjoy how their combo system and special attacks all accurately represent the character as the anime and manga present them. And, for people who have played the previous two One Piece Warriors games, the good news is that there has been significant work done on this combat system and it does feel more involved, nuanced, and engaging than ever. 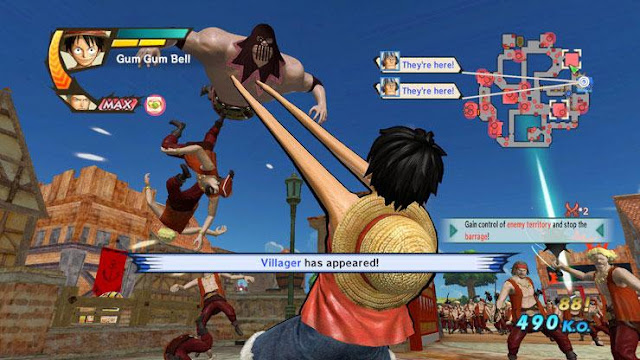 It helps that the levels are so well designed, too. Everything that represents a Warriors game at its best – the changing of objectives on the fly as combat conditions change, the need to be able to juggle multiple objectives at once (and tackle them strategically so you can complete them before running out of time), base captures, and so on, are all done with such precision and refinement in One Piece: Pirate Warriors 3, that the end result are levels that never get the chance to become tiring or dull. This is despite most of them being far better at using every part of a level than we’re used to in a Warriors game. Usually there will be parts of a level that go underused, but here, in this game, the flow of the battle will take you everywhere. And, every time you feel like you’ve seen everything the level has to offer, the game will find something new to throw at you.

To put it all simply, there’s great variety in One Piece Warriors 3, and that philosophy applies to the game’s modes, too. In addition to the main quest, there’s also a substantial secondary mode where you’ll be playing island hopping, like a giant board game board, with battles on each “space.” The Nintendo Switch version of the game also includes all kinds of costume DLC automatically loaded into the game, and I tell you what, it’s a real delight to dress Nami up as Sun Shangxiang from Dynasty Warriors.

Three games in, and Koei Tecmo really understands how to make a dynamic, exciting One Piece Warriors game. The teams behind these Warriors games are also clearly comfortable with the Nintendo Switch as a piece of hardware, and One Piece: Pirate Warriors 3 might be three years old now, but the Switch “ultimate edition” really is the ultimate edition.