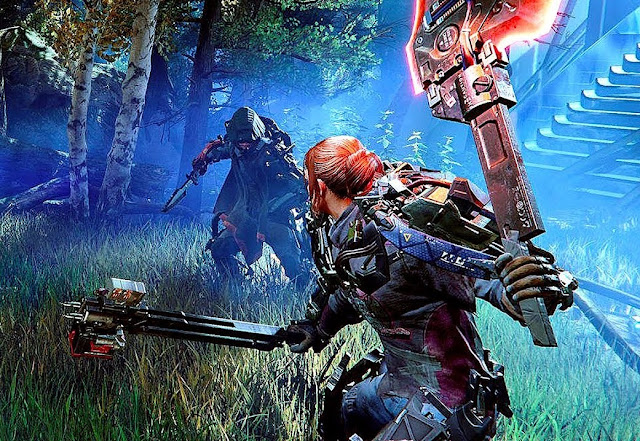 Following in the steps of The Surge, The Surge 2 continues Deck13’s macabre and technological Soulsborne with a much larger scale than the first. Trapped in a quarantined city where people have gone mad and are ripping each other apart, you’ll have to find a way out on your own. Having no choice but to get your hands dirty, you’ll have to use whatever you get your hands on, even if it means you, too, need to rip it off of your enemies not yet cold dead bodies.

Unlike the elegance of the core Souls series, or even Bloodborne, there’s a grittiness to The Surge that no one else has yet rivaled. Yes, you move through interconnected environment slaying enemies. Yes slaying enemies gives you currency in order to upgrade your gear or to level yourself up. And yes, defeating tougher foes will net you new possibilities going forward. But compared to the rest, there’s a higher form of realness to this as the scrap you pick up is literally what you’ve pulled or ripped off of your enemies with your own two hands.

In keeping with this theme, your weapons and armour is made of the scraps of what you’ve severed off of a body once you’ve defeated them. And there’s no pretending that’s not where they came from for the most part either. These actions that you take help sell this world as there are no real “monsters” in the grotesque sense, rather, there are only monsters created through the darker and more selfish sides of humanity. 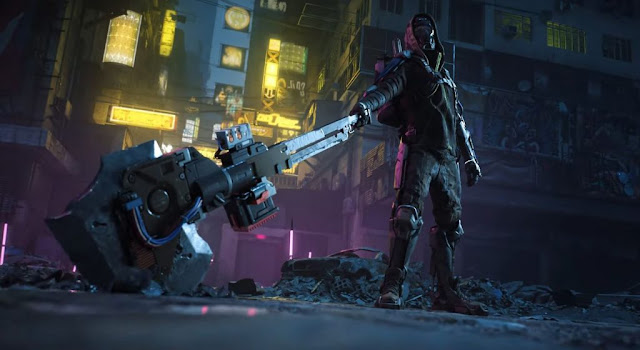 It’s also a game that could only be called an improvement over the original. Gameplay mechanics are not only smoother, but they also feel more cohesive, especially when it comes to your aerial drone. As stated above, your gear comes from defeated foes and in keeping with the first, you can target your enemy’s body parts in order to carve off what you need. Options include the head, right and left arms, and legs or the torso, and each enemy will be armored in one or many of these places. A simple finishing move rips that bit of armour off a weakened enemy and grants it to you. It’s like Pokemon. Just… gory.

Note that you won’t get to use that armour right away. You’ll need to find schematics and cobble the pieces together using the game’s crafting system. It results in a bit of a grind, and you’ll need to get in the habit of ripping “loot” from every possible enemy, but it’s also a rewarding system for the way that it fits with the theme, while giving you plenty to do.

This was all similar to what we saw in the first The Surge. Granting a giant quality of life improvement for the sequel is that you no longer need to make sure to keep amassing a grand amount of lower grade crafting items in order to craft the new gear parts that you’ve found down the line. Instead, now you can break down the higher grades as you need to into lower grade parts, streamlining the adventure in the sense that you no longer need to backtrack if you don’t want to to try and track down just the right bits of loot that you need.

Each of these elements helps keep your mind in this world which is now vastly expanded in scope from its predecessor and gives you a city-wide space to explore, complete with multiple districts that feel vastly different from one another. There are other features that improve upon the experience as well such as back to back boss fights which I seriously didn’t see coming but was more than pleased with as it advanced the story in a more efficient manner than we see in a lot of other Soulsbornes.

The Surge 2 had a lot to prove. Not only is it the studio’s third Soulsborne title, but it shared a release window with a couple others in the same vein such as Bandai’s first attempt with Code Vein and Gunfire Game’s Remnant: From the Ashes. It’s an increasingly crowded space, and standing out against all of this (let alone finding a way to differentiate from FromSoftware’s own outstanding work) is not easy. If Deck13 wanted to continue producing these titles it needed The Surge 2 to take a leadership position, and it has.

Just seeing how far The Surge 2 has come from this summer’s version and seeing how far it has come from The Surge, Deck13 has finally emerged as a credible alternative to FromSoftware. The Surge 2 is a refined, challenging, and rewarding Soulsborne that has its own identity and value beyond the alternative setting. It won’t have the industry-wide reverberations that a FromSoftware title does, but for fans within the genre, this is next one they should play.