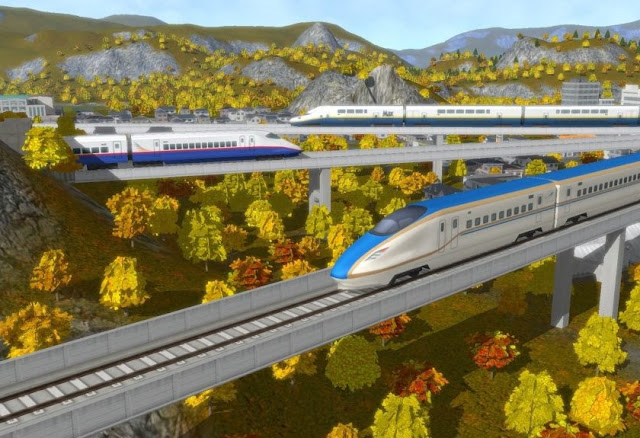 If you’ve never played an A-Train title previously, you’ve really been missing out. Artdink’s simulation series is a brilliant look into the positive impact that public transport can have on an area, and while you’re only responsible for creating a public transport network in a city, watching urban areas spring up around stations, and people’s lives get better as they no longer have to rely on cars, is an immensely pleasurable experience.
Sadly, with only a few notable exceptions, we don’t get many A-Train titles here in Australia (+ Europe), and that’s odd, because the western market does generally enjoy its simulations. Now Artdink has announced the latest in the series for PlayStation 4 – A-Train Express+ – and it just looks brilliant, and that’s so incredibly frustrating, because I want it.
A-Train Express+ is an upgraded version of a game released in 2017, and while that title was released in America, we never got that one here either. Yes, importing is an option, but given the exchange rates, it would be so, so much easier if Artdink were to stop toying with us and just localise worldwide. The new additions for this enhanced version include some improvements to the mechanics on how trains and rail networks work, as well as new buildings, stations, vehicles and scenarios to play around with.
A-Train Express+ releases on November 14. I wouldn’t hold my breath for any announcements out this way, but at least we can admire the trailer and go play Train Sim World or something to at least enjoy some time with trains.
– Matt S.
Editor-in-Chief
Find me on Twitter: @digitallydownld
Please help keep DDNet running: Become a Patron!
Share this