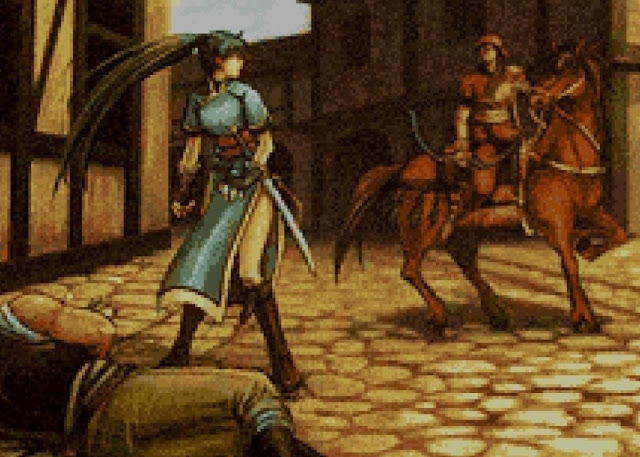 With Fire Emblem: Three Houses releasing this month, and marking the first “proper” Fire Emblem to land on Nintendo Switch, I’ve been going back over my time with the series, and replaying the first Fire Emblem to be formally localised and released into English. Fire Emblem: The Blazing Blade (just “Fire Emblem” in English) was originally developed for Game Boy Advance, and while it is actually the seventh entry in the overall series, I couldn’t think of a better title for Nintendo and Intelligent Systems to use to introduce the series to the west. Indeed, I wonder if the series would have enjoyed the same trajectory if the first English effort was a weaker entry.

Related reading: Our review of Fire Emblem: Echoes of Valentia – the most recent “true” Fire Emblem, on the Nintendo 3DS

To this day I see Blazing Blade as being something of a “pure” Fire Emblem title, for both good and ill. On the positive side, it brought together every element that people think of when they think of “Fire Emblem” right to the forefront and centre of the experience. Permadeath was present and something to be feared, and you need to pay close attention to how you levelled up your characters, because there is very limited room to grind some extra levels along the way. There was a big cast of characters, each with their own interesting stories, and some of the fan service that the series would become known for was there too. The GBA was limited hardware, but pixels or no, Lyn has killer legs.

Blazing Blade also had the best introduction to a Fire Emblem title – or JRPG – that I’ve ever come across. The tutorial was something like a 13-chapter story arc all of its own, in which you follow the journey of a plainswoman, Lyn, as she embarks on an adventure to save her grandfather and take her rightful place as lord of a small nation. Through this campaign you learned how every system in Fire Emblem works, but the stakes are lower – any character that was “killed” through this story arc merely retreated and became unavailable for the remainder of the tutorial arc. They then returned as playable options for the “main quest,” that came afterwards, which is a brilliant way of being non-patronising through the tutorial while using the tutorial to gently reinforce the consequences of an unrelenting permadeath system.

On the down side, Blazing Blade really was a brutally difficult game. Precisely because there was such limited opportunities to grind additional experience levels, if you weren’t paying close attention in every battle to how each individual character was leveling up, it was very easy to get towards the latter parts of the game and be unable to progress, because your team was in such a weakened or unbalanced state compared to where the enemies were at. It took me three attempts to complete the game for the first time, and in both cases with my failures I only realised that I was in a hopelessly “stuck” position was about 20 hours in. That’s a lot of game to replay.

The support system was also messy, as you needed to have characters fight side-by-side over a long period of time in order to unlock their support conversations, but those conversations were critical for the power boosts they offered. Furthermore, you have not one, but three different “lord” characters to protect, and this limited your strategic options and combinations to an extent. There are certain combinations of characters that just don’t work, and I think the crux of that is the need to drag so many lords along with you.

Still, as the first opportunity that I had to experience Fire Emblem, I was immediately enchanted by the game and everything it represented. It was a tactics JRPG that focused hard on the storytelling, rather than the combat. It was hugely strategic in the huge range of characters that you ended up with, and their fighting style. I loved taking the “thief” character, who was initially quite weak in combat, and training him up to be the centrepiece of my strategy. Fire Emblem has a way of rewarding your careful management of characters by making it almost too easy for them, and while that might sound like the polar opposite of the “brutal difficulty” that I just described, it just goes to show that Fire Emblem was a little like the Souls series, in that it rewarded skill and learning of its systems. 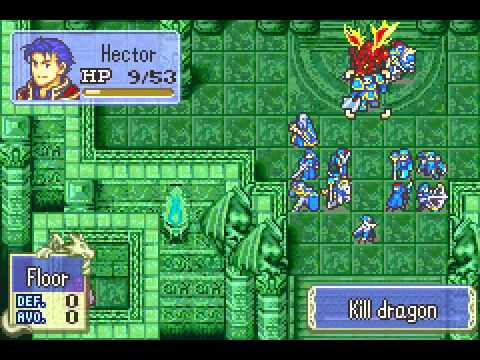 Related reading: For action game fans, Fire Emblem Warriors is sure to scratch an itch. Our review

More recent Fire Emblem titles have lost sight a little of what Blazing Blade represented. Permadeath is now optional, which has the benefit of making the game much more accessible, which is certainly a good thing, but consequently reducing the tension of taking units into combat or the sense of value that you have for each character on the team. Similarly, there’s always opportunities to “level up” characters now, and brute force your team to a point that it’s able to comfortably tackle the next combat challenge. Again, this is great for the accessibility of the series, but comes at the cost of the sense of reward for finally navigating your way through the gauntlet – Fire Emblem is simply balanced differently now.

The purity of the vision of Fire Emblem: The Blazing Blade is what attracted me to the series. I still love every Fire Emblem that comes my way, for the anime trappings, the increasingly impressive fan service and the tight, elegant tactical action. However, at the same time I am a little disappointed that we’ll never see another Fire Emblem with the striking, unique identity of The Blazing Blade. The series is much too mainstream for that now.