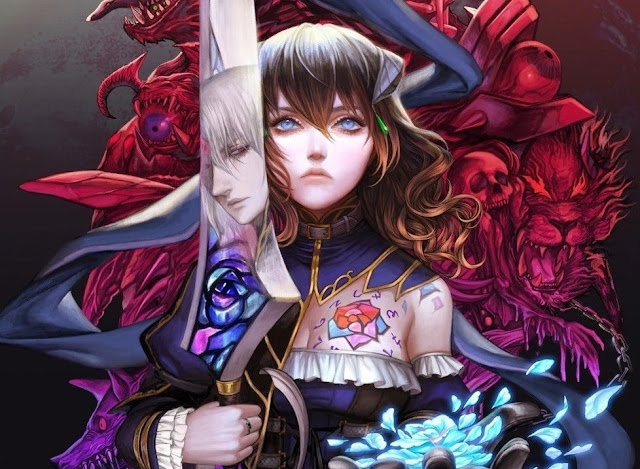 As soon as you describe a Kickstarter project as a spiritual successor to something beloved, you set the expectations through the roof—not least of all when the original creator comes out of the shadows to take the helm. Even if the end result is something that’s really good in its own right, it still has to live up to people’s rose-tinted memories. We’ve seen a fair few of these dream projects fumble under the weight of those expectations, and for a while, it was looking like Bloodstained: Ritual of the Night might fall into the same camp: we had delay after delay, and new developers brought on at the last minute to help pull it all together.

But somehow, it came through. Bloodstained was billed as a spiritual sequel to Castlevania: Symphony of the Night – one of the most iconic games of the PlayStation era – and that’s exactly what it is. It’s not a game that pushes boundaries or tries to reinvent the wheel; it’s just more of what made Symphony of the Night great in the first place. I couldn’t have asked for anything else.

But let’s backtrack a bit, and look at the impact that Symphony of the Night made. Before 1997, the Castlevania series was a mostly linear action platformer series. A few games dabbled with some light exploration elements, but they were mostly games about playing one level after the other, with a big boss at the end. Then Symphony of the Night came along, trading that in for one big map clearly inspired by Nintendo’s Metroid: a labyrinth of different areas and rooms, all intricately tied together and with an ever-increasing suite of abilities that affected how you could move about and, by extension, where you could go. What was just a straightforward run through a hallway the first time would later on lead to a whole new area when you came back with a double jump, or when you could fly, or when you could transform into mist and slide through metal gates. 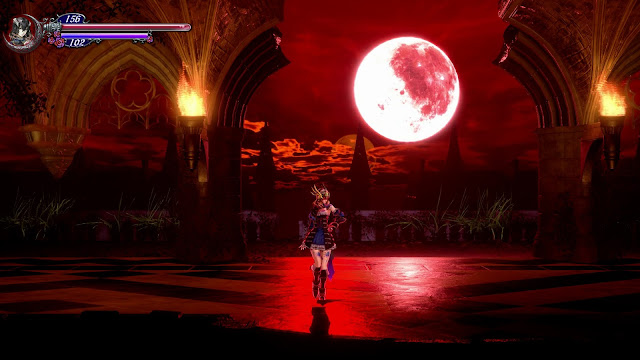 This was nothing new—the original Metroid did all this ten years earlier—but Symphony of the Night combined it with rich RPG systems. A simple levelling system meant you were constantly getting stronger the more you explored (and had the option of grinding for a bit if you found yourself stuck on a boss), and a wealth of different equipment and spells left plenty of room for experimentation. If you really wanted to, you could break the whole game wide open with the right equipment setup and a bit of grinding, to the point that you could kill the final boss in seconds. It wasn’t really necessary, but it was a whole lot of fun. And so it was that the “Metroidvania” portmanteau was born.

This is what Bloodstained captures, and it does it perfectly. There’s a new castle to explore, a new cast of characters, and new abilities to discover, but it’s that same sense of endlessly satisfying exploration. There’s the same journey from a competent but relatively unremarkable platformer hero to one who can practically fly through the world. Metroidvania standards like double jumps and the need to learn to swim before you can traverse watery areas return, but there are also some delightfully creative new abilities. Take Reflector Ray, for example: you project a short laser that you manually aim, which can bounce off walls and mirrors, before travelling along its path and coming out the other side—allowing you to zip through narrow spaces, or reach places much higher than even your double jump would allow. Later in the game you can teleport short distances (even through walls), walk through spikes without a care in the world, and even jump infinitely. The best ability of all is one I don’t want to mention at all, because it’s such a fun surprise to discover for the first time in-game—suffice to say, it’s a clever twist on Symphony of the Night’s famous twist.

Which brings me to the other thing that Bloodstained does to live up to its spiritual successor goals as well as it does: it is, unashamedly, a Castlevania game in all but name, and it’s full of little nods to those games. Many enemies in the game will be familiar to anyone who’s played any Castlevanias, whether they’re new interpretations of old archetypes like the Axe Knight, or mythological creatures that can be reused wholesale without breaching copyright, like the Buer. A lot of the more iconic pieces of equipment return, including a new version of the Symphony of the Night’s Crissagrim (known as the Valmanway in other games)—a sword that looks weak on paper, but is really the best in the game because it hits four times per swing and doesn’t stop you from moving during its swing animation like almost every other weapon does. 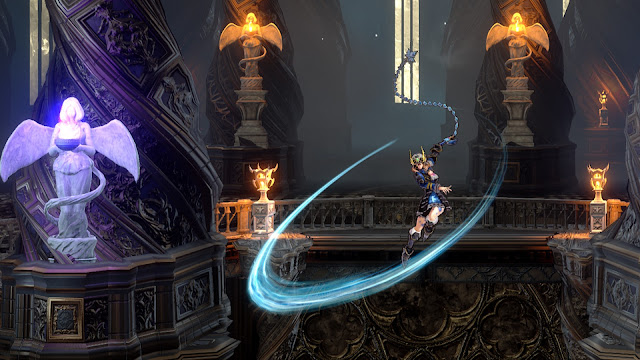 Many of the little tricks you may have learnt from Symphony of the Night or subsequent Castlevania games that followed its suit work in exactly the same way in Bloodstained, like using backdashes to cancel the recovery animation of your attacks and quickly string to swings together in quick succession. If you’re trying to get somewhere quickly but don’t yet have the super speed ability, spamming dive kicks will see you making your way just that little bit quicker than running. It’s little things like these that make Bloodstained really feel like a new Castlevania, rather than some sort of pale imitation—they’re largely inconsequential in the grand scheme of things, but just help the game to feel right.

And, finally, there’s the music. Longtime Castlevania composer Yamane Michiru is back for Bloodstained, delivering the same sort of evocative, catchy, moody score that ran through Symphony of the Night. If nothing else from the Kickstarter campaign or the marketing told you that this was a spiritual sequel, hearing the beautiful title screen music for the first time certainly will.

If there’s one weakness in Bloodstained, it’s the writing. The premise is interesting enough—a story about people trying to play God with alchemy and wreaking havoc on the world—but it never really goes anywhere beyond “there’s the bad guy, go kill him so we can make the evil castle disappear”. The dialogue ranges from forgettable to cheesy, the characters are one-note, and all the twists and turns can be seen from a mile away. But even then, there’s a certain charm to the clumsiness of it all that calls to mind a simpler time. 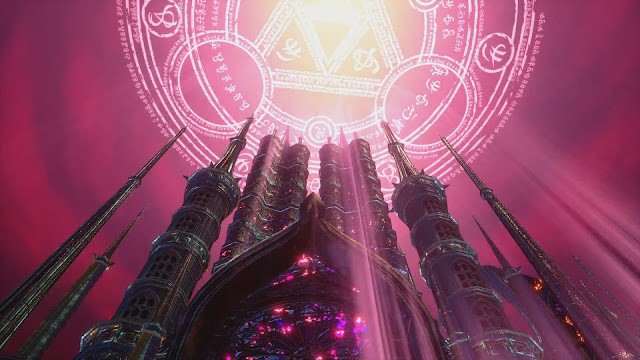 This brings is to the kicker: if you don’t have that nostalgia for Symphony of the Night, what will Bloodstained bring to the table? That’s something I honestly can’t answer—Symphony is one of my favourite games of all time, and a proper successor is something I’ve been wishing for since long before this game was announced. But Bloodstained is absolutely, unapologetically a game made for Symphony of the Night’s many fans, and it lives up to that legacy better than I ever could have hoped for.