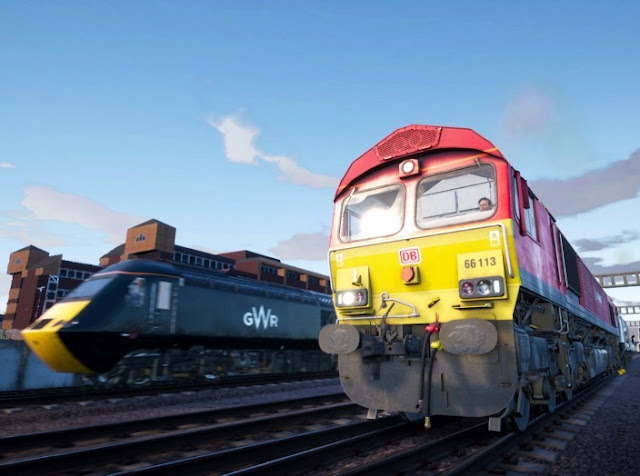 It’s weird to think that train driving could make for an interesting video game experience. It’s a job. A stock standard do-it-for-a-career job that just about everyone could do in the real world were they so inclined. There’s no substantial level of danger or excitement about the work. And yet, it actually works. It really, truly works. Train Sim World is a serious, authentic simulation about a very real job that is also, somehow, a compelling video game.

I wish the people that ran the Sydney Trains network played Sim Train World. In fact, I wish it was shoved in front of them, A Clockwork Orange-style, and they were forced to play it over and over again until they bleeping well learned from it. The single greatest priority that you have in Train Sim World is to make sure the train gets to its station on time. That makes sense, right? The entire point of the service that a train company offers is its ability to get people from place to place based on a timetable.

Well, settle in while I tell you a little story about Sydney Trains. On your typical day, the one thing that no one involved in this organisation seems to care about is actually delivering people to their stations on time. The government-run company that manages Sydney Trains counts trains that arrive less than five minutes late as being “on time” (no, Sydney Trains, those are actually late), and the network is so poorly managed that delays well in excess of that are not just frequent; locals have come to expect them. 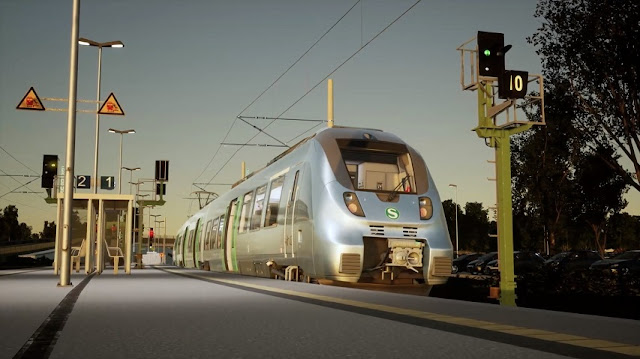 About a month ago my wife was left stranded on a train for 2½ hours because of a breakdown on the track, and Sydney Trains couldn’t bother organising replacement busses or taxis for passengers. Or even let them off the train. When she asked for a refund, the feedback call centre operator actually laughed at that. A few weeks ago a friend was coming to visit and delayed by over half an hour. Last weekend Sydney Trains decided to upgrade the signalling system, and predictably made an absolute hash of it, meaning the entire network was thrown as much as 400 minutes out of schedule… and this included the lines to the airport, ensuring that everyone that needed to get to the airport that day via train missed their flights. In response to the outcry over that Sydney Trains’ CEO got on the news and had the audacity to suggest passengers should have planned their trips better.

Train Sim World only handles a microcosm of what goes into managing a train network, of course; it’s not really a train driver’s fault if a train down the tracks has broken down and the train network has that little respect for passengers that it can’t work out an alternative solution for them, but by Miku is it refreshing to jump onto a simulator, nail the timetable on a train route and deliver virtual passengers safely and on time to each and every station. It’s just another example of just how superior this virtual world is compared to reality.

In Train Sim World you’ve got three different iconic routes to travel right out of the box; one in England, one in Germany, and one in America. Each route uses different trains in the real world, and this is the case in Train Sim World as well; and these trains are all different to one another. I highly recommend you complete the short tutorial for each train to learn the ropes before you even think of trying them out on the tracks. Each route also has a range of scenarios to undertake as well, and while the game isn’t exactly hard, those timetables are measured out to the minute, so you better hope you’ve got a good grip of both acceleration and breaking, so you’re not wasting a second getting your train settled next to the platform properly. 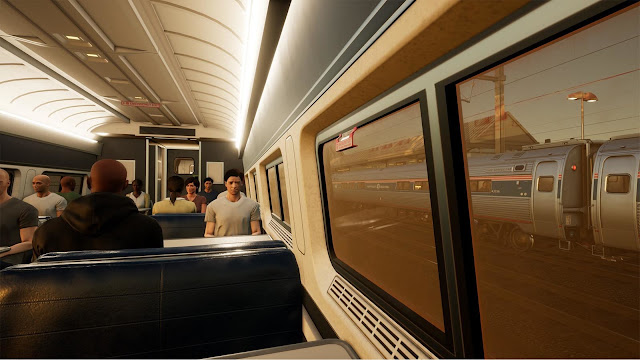 You’re also able to drive the trains through all kinds of different weather conditions, and I love the attention to detail in the way the developer has gone about this. Start a route in the early morning of Summer in England and it will be bright and sunny. Do the same route at the same time at night and you’ll be able to watch the sun rise as you progress across the tracks. It might sound like a simple, even elementary feature, but for a game that is aiming to give players a realistic recreation of the experience of these iconic routes, that level of detail is absolutely essential.

Train Sim World is a good looking game, too. Looking out at the scenery itself it can sometimes appear a little blocky and utilitarian in design. But then that more adds to the experience than detracts from in. The overwhelming impression that you’ll have playing Train Sim World is that of a model train set – the kind that people spend tens of thousands of dollars building up over the years. In addition to the train tracks themselves, collectors will ensure they have plenty of scenery to go with it, and that’s what the scenery in Train Sim World resembles; the kind of stuff you buy for your model train dioramas.

The trains and stations themselves are modelled beautifully. One of the neat features of Train Sim World is that you can jump off the driver’s seat once it has stopped at a station to either explore the train (and if you’re not in the mood to drive you can take a seat and simply watch the world go by in a bit of virtual tourism), and even jump of the train to look around the station. There’s not much to do on those stations, and it’s a little eerie the way that the other passengers slowly wander around, blank faced, and don’t talk to one another, let alone you, but many of the stations are incredibly photogenic, and it’s clear the developer’s art team has worked incredibly hard to get their virtual recreations right. 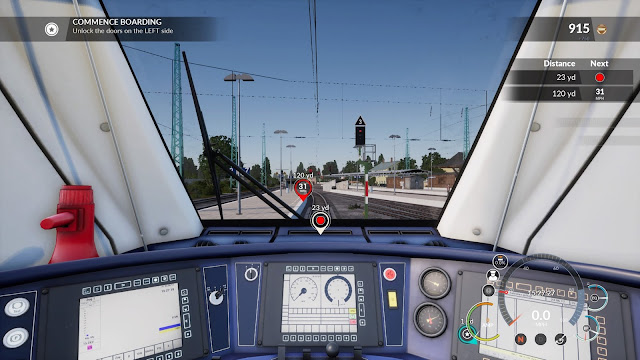 The biggest wasted opportunity in Train Sim World is that there’s no PlayStation VR support. For something that pushes so hard for realism, giving people the ability to don the headset and really put themselves in the world would have been one of the most appropriate uses of the technology yet. This is especially true given that the better VR experiences tend to require players be as stationary as possible for as long as possible, and most of your play time in Train Sim World is spent sitting down on that virtual driver’s chair.

This is, of course, a highly niche game. The commitment to realism means that time flows in-game at the same rate as time in the real world, so if you’re planning on covering an entire route, settle in for a few hours (it’s possible to save mid-game, but that just crushes the immersion and it’s actually hard to want to load save files in this particular instance). There’s no music because to train fans, the sound of the machines on the tracks is a major part of the appeal. There are no scores, ratings, or leaderboards because real-world train driving isn’t gamified like that either (there is some experience points and bars that you earn as you play, but those things are so forgettable and unimportant to the experience that I only remember them just as I was about to publish the review. At every stage, when there’s been an opportunity to enhance gameplay by cutting realism, this developer has gone with the realism. It’s a noble effort, Train Sim World, but if it puts you to sleep, you can safely assume you’re in the majority.

I’ll be committed to Train Sim World for quite some time, I suspect. Give me some DLC train routes through Asia (especially Japan), and I’ll be all the happier. Give me one or two routes of the Sydney network and I’ll buy them just to gloat to Sydney Trains that it is possible to deliver passengers to their stops without a three hour delay. I’m oddly proud of my virtual train driving skills.