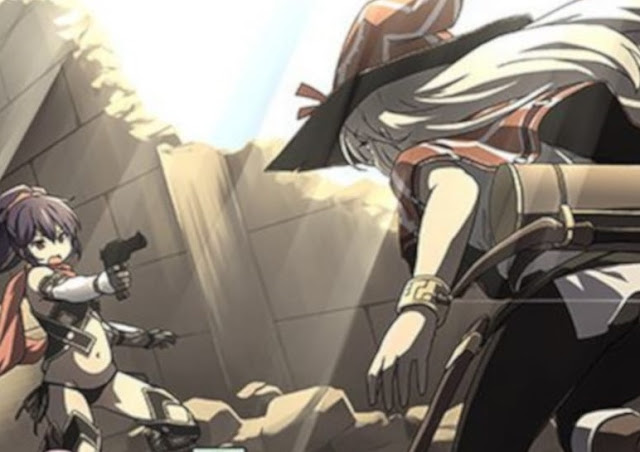 I hope that Magic Scroll Tactics is a big commercial success for the developer, so that the team can come back and put some actual money behind a sequel. That’s not to say that Magic Scroll Tactics is a poor game. Far from it. It offers tight, engaging tactics JRPG action. It’s just that it’s also painfully clear that it was made on an extreme budget, and ultimately the lack of production values does let the imagination behind the game down.

Magic Scroll Tactics is a fully-featured tactics game. You recruit a band of soldiers, each with their own race, character class, abilities and weaknesses, and then move from level to level defeating rival bands, also made up of an eclectic mix of character types and abilities. The design is no different, structurally, than something like Final Fantasy Tactics or Fire Emblem. The only thing that does separate Magic Scroll Tactics from its peers is that the action takes place on a 2D plane. If Super Mario Bros was a tactics RPG, it might play a little like Magic Scroll Tactics.

Initially, the 2D environment aspect made the tactics feel cramped. Only one character could be on the front, and my team kept blocking one another from making progress. My most valued unit was the flier, who could free himself up a bit by taking a position high in the sky and rain arrows down on the opponents as the rest of the squad scrambled around. As I drove deeper into the game, however, I found that my ability to work within the 2D limitations expanded. Rather than be an inhibition, I started to form squads around the 2D plane action, and take advantage of the limitations that came with it. I needed to, too, as the game escalates its challenge level nicely, and while you can grind your way into a position for easy wins, I held myself back from doing that; Magic Scroll Tactics is at its best when it is challenging. 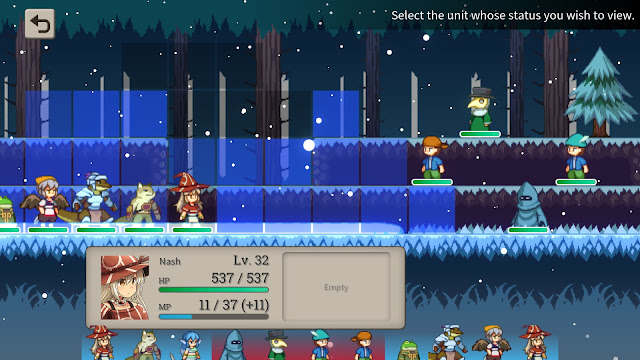 The developer does a good job with the level design, too, making sure that for most battles there are ramps and ridges, pools and scaffolds to place units around. At its best, Magic Scrolls Tactics is a desperate scramble to properly position units (particularly magic users) to let loose their most deadly spells, while also trying to protect them from the boss characters, which tend to have a lot of health.

The developer does a poor job of explaining this in game, but there’s also a deep skills tree in Magic Scroll Tactics, which allows you to heavily customise your favourite characters, and build synergies between different members. Because the plane of action is so limited, you’ll often find yourself relying on the strength of individuals for one-on-one combat – moreso than in other tactics games, where ganging up on the opponent is the name of the game, but at the same time, having a support network just behind those front-line characters for healing and positive buffs is important in making sure the enemy does bounce off when it hits that meat wall, rather than plow on through it.

Sadly, while the core action is lovely and the game features some excellent character art, Magic Scroll Tactics comes across cheaply in every other way. The character art is great, but the sprites that represent them on the battlefield are cheaply made, poorly detailed, and minimally animated. There are one or two cute enemies (the little ghosts are a favourite), but even then they’re the most generic designs imaginable. Icons and menu design look like they come from “how to make a game” tutorial assets, and while I’m not usually one to complain about the aesthetics of a menu, it really gives the game a sour, amateurish edge in this instance. Most egregious of all is the plot, which is cliched to the point that it’s genuinely irritating. There’s a great evil that has awakened and a small band of misfits come together to stop them. Along the way they meet that great evil’s lieutenants, which are all “quirky” and doing their very best to sound evil, and then dialogue features such classic lines as “oh great, he was a necromancer this whole time! Quit desecrating the dead, you jerk!” 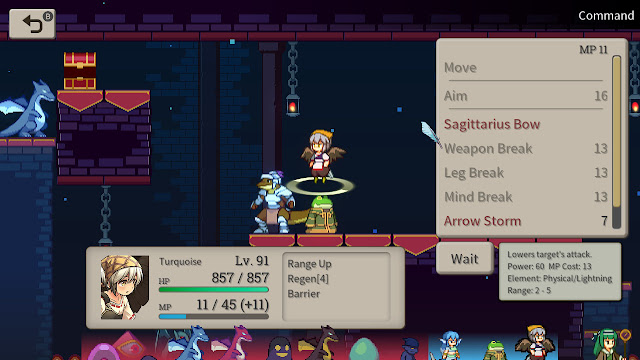 True story: Bram Stoker originally had Van Helsing say to Dracula “maaaaan, you’re such a jerk, bro”. Thankfully Stoker had an editor. That there is a lesson we should all learn from.

The narrative is never overly indulgent, so while you will probably start to tune out after a (short) time, it’s never long before you’re back into the thick of another battle. With that being said, a JRPG that lacks a narrative context always feels like it’s missing a big part of its soul, and sadly Magic Scroll Tactics does come across as quite soulless. Mechanically it’s fine, and often great, but the developer would do well to learn the value of hiring writers next time around.

There’s not much more to Magic Scroll Tactics, and that’s fine. It’s actually refreshing playing a game that doesn’t try to be expansive, and instead focuses on neat, high quality gameplay loops. It was no doubt restrained by budgetary issues, but the restraint shown in Magic Scroll Tactics is its stand-out feature. Unfortunately, presentation does matter, and I found it far too hard to care about anything going on in this game precisely because, for the most part, Magic Scroll Tactics looks like a game where the developer just forgot to replace all the in-development placeholder art with the proper visual elements. Coupled with a narrative that’s quite unforgivable for a JRPG, and it’s a game that deserves a sequel that can properly realise its ambitions.

The worst thing has happened! Untitled Goose Game has been delayed