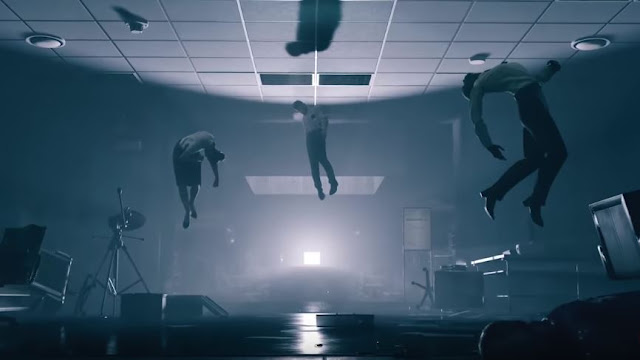 I think this trailer recontextualises my understanding of Remedy Entertainment’s whole catalogue of games. They’re not fans of sequels, instead choosing to push new IP out whenever possible, and their games tend to be cinematic, narrative driven and somewhat underappreciated in the modern gaming canon. But also, as Control’s trailer shows, they’re about singular concepts which blossom into fully formed lucid ideas. Max Payne can be distilled down to a meditation on time – being able to slow it, but also being unable to reverse it. Alan Wake? Light, the absence of it, and its relationship with truth and understanding. Quantum Break is all about… time… again. It’s not a perfect analogy. Control seems to be about surveillance, movement and distortion, and I can only assume that the developers will craft a story around the concept in a similar manner.

I’m definitely reaching a little here, of course. Control’s trailer showed us less than most trailers do, but its core mechanic is already clear. It’s vaguely reminiscent of Half Life 2’s Gravity Gun, although while Valve’s game was about the hilarity of blasting barrels and toilets at your enemies, Control frames the power in a dramatic, almost sinister manner. The trailer’s grey colour scheme, harsh lighting and pulsing, atonal soundtrack creates a sense of gravity. The game is set in the ominously named Oldest House, or the Federal Bureau of Control – it’s got the art-deco office building look going for it – and with more of a focus on open world design, this is shaping up to be one of the most mechanically focused games from the studio yet.

Remedy Entertainment veterans Sam Lake and Mikael Kasurinen (Screenwriter and Director for Quantum Break, respectively) are still attached to the project so we can expect the same level of science-y, postmodern weirdness that the studio’s other titles have boldly pioneered. One of my favourite things about Alan Wake was having to put in work to understand the story, and how the narrative used mysteries and cliffhangers to keep the player entranced. We hardly know anything about Control yet – for a game purportedly in development since 2016 it’s amazing that all the information we have is in a 2 minute trailer – and yet I’m intrigued all the same.

E3 2018: The adorable Ooblets is a welcome break from E3’s bloodlust