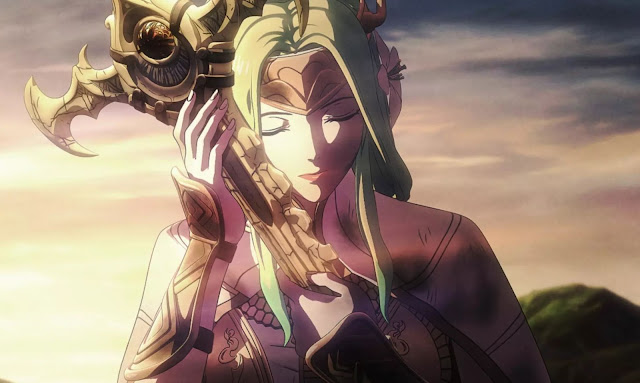 It was nearly a year and a half ago that Nintendo announced a new Fire Emblem game for the Switch. We’ve had games to tide us over in the form of Fire Emblem Heroes on mobile devices and the recent Fire Emblem Echoes: Shadows of Valentia for 3DS, but we’ve heard nary a peep since then. Today’s trailer, however brief, gave us a title to work with and was amply enlightening.

For starters, we have not seen a console-level Fire Emblem since 2007’s Radiant Dawn on the Wii. Fire Emblem: Three Houses represents a monumental leap forward visually, finally ditching those transitions from 2D character sprites on the map to 3D models in battle, which the recent 3DS games used extensively. There’s an elegance and fluidity to it all that no previous title the 28 year old franchise has achieved.

The Switch’s extra horsepower doesn’t only provide fancier visuals to gawk at, though. Player-controlled characters now represent entire squadrons of generic units controlled by a commander. This could be a revolutionary change since it succinctly expresses the scale of warfare occurring. In past games, you would sometimes encounter scenarios where the characters’ storyline descriptions of soldiers on the battlefield did not accurately reflect what the player could see. Other times, the visuals were simply inconsistent spatially. If this were implemented into earlier games, particularly Genealogy of the Holy War and Thracia 776, it would clear up some misconceptions and enhance the immersion in the plots. It looks like the bigger armies affect the gameplay, although to what extent remains uncertain. There does appear to be a massive overhaul to how maps are handled.

The plot of Three Houses has not been made clear either, but I’m sensing shades of Shadows of Valentia in terms of how that game dealt heavily with themes like divinity and order. Heck, one character design looks strikingly similar to the goddess Mila, though this is likely a mere product of the art style. The story is vague at this stage but mentions crests passed down from a goddess that “help guide the lost”. We already know characters will have fundamental disagreements about the nature of these crests. Are they a boon or a bane society?

The other massive change is the free-roaming segments. These were first attempted in Fire Emblem Gaiden for the Famicom and allowed players to patrol around villages and interact with characters on foot. Echoes: Shadows of Valentia largely scrapped that idea, but did feature 3D dungeon roaming. In both cases, the implementation left something to be desired, but Three Houses appears to be the real deal. There’s bottomless potential for this little feature to expand the out-of-battle micromanagement and deepen the connections with your units.

Three Houses represents a bigger, bolder Fire Emblem game that is turning prior experiments into fleshed out ideas. Hopefully we’ll see much more before it launches in spring of 2019.