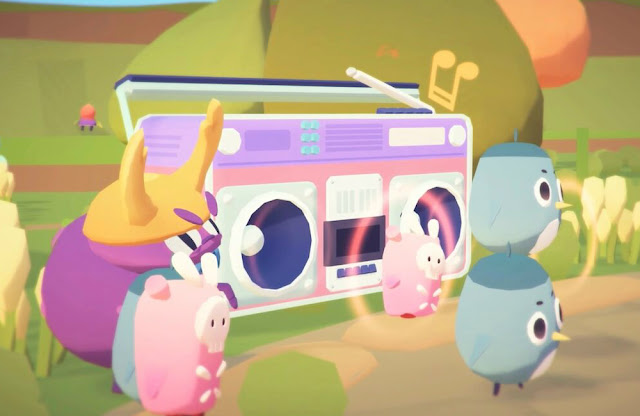 It’s easy to get jaded about E3’s obsession with violence, guns, blood, and gore—a trend that continues into 2018. Luckily, we have adorable games like Ooblets to balance things out, with a new trailer during the PC Gaming Show putting a spotlight on the game’s dance-based monster battles.

Ooblets is being developed by Rebecca Cordingley and Ben Wasser, with heavy inspiration from the likes of Pokemon, Stardew Valley, and Animal Crossing. A farming system lets you grow, among other things, cute little plant monsters—the titular ooblets—who’ll follow you around, battle other ooblets in dance contests, and generally help you explore the land of Oob.


The main focus of the new trailer is the “dance off” battle system. Rather than actually fighting, you compete with wild ooblets and other characters by having them perform different moves to show off, fluster opponents, and hype up your own team. It sounds like the underlying mechanics will be similar to a traditional Pokemon-style RPG, but everything’s reframed in a non-violent way: instead of HP, ooblets have ego; instead of misses and critical hits, moves can crash or be deemed fresh.

“People can suspend their disbelief a bit and be okay with their creatures fighting, but the idea that you’re throwing your tiny friends into the equivalent of dogfights doesn’t really fit the tone of Ooblets where everything is cute and friendly,” Cordingley explained in a developer blog published alongside the new trailer.

“For a while we’ve tried to limit the violent side of battles by replacing hitpoints with ego, fainting/death with running home, and making the attacks look kinda goofy, but at the end of the day, it was still a traditional creature battle. Like everything we try to do, we wanted to base our ideas off of things we like but infuse our own personality and goofiness into them. Dance offs were the perfect solution!” 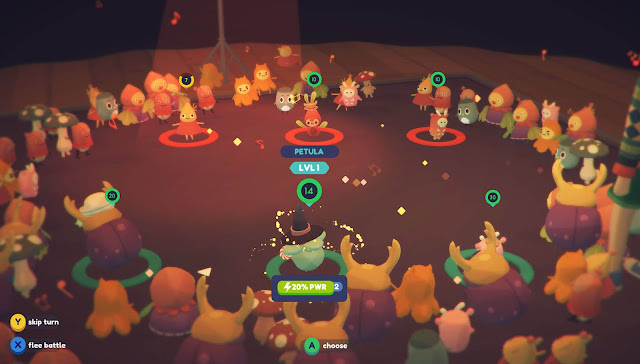 It’s all set against a backdrop of gorgeous low-poly models and pastel colours, creating a charming, soothing world to play out your farming, friendship, monster-raising fantasies. Everything about this game just radiates a warmth and positivity that is the perfect antidote to E3’s obsession with trying to be as “extreme” as possible.

Ooblets is planned for release sometime this year on Xbox One and PC.