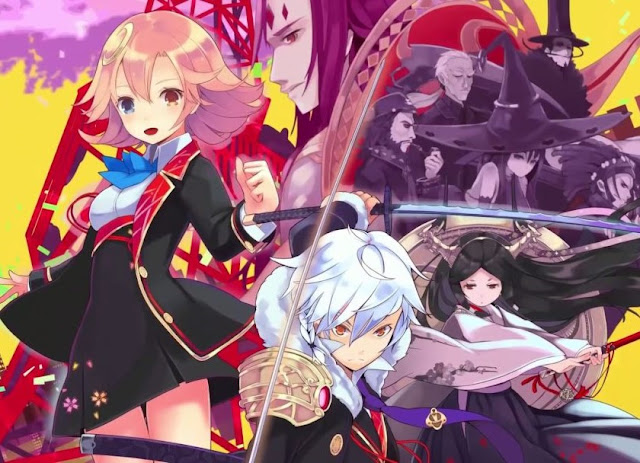 Operation Babel: New Tokyo Legacy faces the unfortunate reality that it has been released onto a console that has, over the years, absolutely nailed the dungeon crawler genre. Whether it’s Demon Gaze or Stranger of Sword City, the creative (and different) Ray Gigant, through to the delightfully perverted Dungeon Travelers 2 and (import only, but worth importing) Moe Chronicle, this is a genre that is over-represented on the console.

Related reading: The Nintendo 3DS is now slouch at the dungeon crawler genre either. Persona Q is one of the finest examples of the genre ever. Matt’s full review.

Babel’s predecessor, Operation Abyss: New Tokyo Legacy, was decent enough, but as a remake of an older dungeon crawler, it was held back a little by a user interface that was generally unfriendly, and too many obscure systems for its own good. Babel also has those issues, being a remake of a game from 2009, and throws on top of it a narrative that manages to make the first look Shakespearean. The core ‘crawling is compelling enough, but it’s not the genre’s finest hour.

Taking place immediately after the events of New Tokyo Legacy (and, yes, you will need to have played the previous game to really get what it’s on about), players once again find themselves in control of a small unit of six “students” that also moonlight as a crack team of agents, working for an organisation that is perpetually at war with the supernatural. This supernatural manifests itself as a series of monster-filled dungeons that you need to wander around and, generally, slaughter everything within. There’s a point not long after playing that you’ll need to make the decision about whether all this arbitrary narrative stuff is important or not (there’s no reason that it all needs to be set at a school, and the existence and purpose of dungeons is poorly explained). If you can stomach the nonsense, you’ll start to wade through the narrative without paying too much attention to it all, which is a pain, because the game’s convinced that it’s got a strong enough narrative that you’ll want to sit through a lot of it. But what is perhaps most disappointing about the narrative is that Babel feels like it has less impact than its predecessor. That game didn’t mind going all in with the horrific imagery, humour, and sexy fanservice. It didn’t always make sense, but the core mysteries and plot were enjoyable to follow along with because the imagery could be so extreme at times. Babel tones things right down. The character portraits are still decent (unless you’re playing in “classic” mode where the player characters look quite poor), but though there’s some gruesome imagery, it’s less frequent and less explicit than I remember from New Tokyo Legacy. The attempts at humour generally miss the mark entirely this time around, too.

You won’t need to pay too much attention to this story, because the “dungeon” bits and narrative bits are firmly separated from one another, which is to say, once you’re in a dungeon, the path forward is pretty clear without the need for extended dialogue sequences contextualising what’s going on. What the narrative does is try and stitch together an excuse to delve into a series of disparate environments, and build some personality into what can otherwise be quite a dry experience. Really, I was perfectly happy simply exploring the environments. They’re gorgeous, atmospheric, and filled with plenty of traps and puzzles that kept me on my toes. The dungeon crawler is one of the rare RPG genres that doesn’t really need a “story” to work – see the Etrian Odyssey games – so when there’s an attempt to do narrative, it needs to be good, else it feels like it’s wasting everyone’s time. The generally unengaging narrative that Babel throws up (even for someone who is familiar with the previous game) immediately puts up a barrier to entry which is difficult to overcome.

Mechanically, it takes a very long time to figure out just how the loot and levelling system works. As a product of a bygone era of RPGs, Babel has an interface that is unwieldy to navigate around at the best of times. There’s a lot of complex stuff that you can get into – from a very deep item upgrade system, to an incredibly rich character customisation system that allows each character in the party to dual-class at any time. Making a team of 12 classes – within six heroes – and then developing equipment with perks and buffs that allow them to deal with a wide range of combat situations in the dungeons is critically important, especially considering that the difficulty spikes can be very sharp, but actually learning how all these systems interplay with one another requires endless moving into and out of menus and pouring over page after page of statistics, with very little help in easing into it all. For the diehard RPG fan, this trial-and-error and statistical min-maxing can be very rewarding, but then modern RPGs are also able to be rewarding while offering players a clearer flow of information. 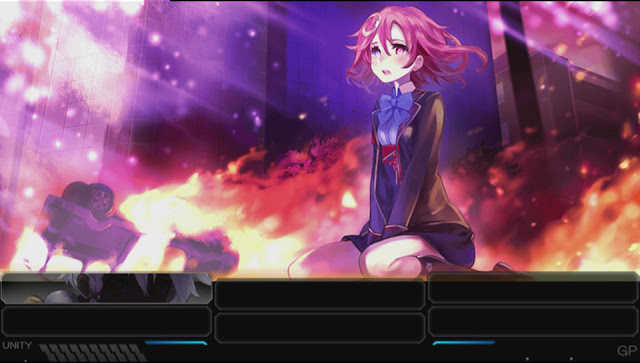 Once you’re in the flow of the game, it moves at a really nice pace, it must be said. Finding new environments to explore is always a joy, because they are just so gorgeous, and while enemy sprites are a little on the side of delicate and petite (i.e. small and tiny on the PlayStation Vita’s screen), their actual designs are really nice. When combat allows itself to get bogged down, it does so by giving players battles with wave after wave of enemies, and these are a pain. For example, in one battle I faced three “rows” of enemies, each with 1-4 enemies to fight. Upon defeating this horde, an alert popped up telling me that more enemies had arrived on the scene. It was another three rows’ worth, structured like the last. Upon defeating them another wave hit me, and I decided to retreat out of there. Not because my characters were in danger of running out of health, but simply because I’d had enough. Not all combats feature waves of enemies like that. Generally, a battle features a half dozen enemies at most, and those rare extended battles do add to the overall difficulty of the game by introducing attrition to the overall strategy, but when the real strength of the game is that exploration element, hitting a random encounter with dozens of enemies to worth through becomes a grind that manages to, quite unnecessarily, get in the way of that highlight.

Related reading: For people that want to experience some of the early examples of the genre, there are classic Wizardry titles available on Steam.

There’s also issues with frequent backtracking, which tends to slow down the pace, when an easy teleportation system after a completed mission would have been appreciated. Thankfully the enemy encounter rates are not too frequent, so when you are backtracking you won’t also be tearing your hair out, but I hope I’m doing a good job painting the picture of a game from yesteryear with systems that would have benefited from modernisation, because that’s really where Babel’s at.

I enjoyed my time with the game. It’s a classic dungeon crawler, and I suspect as long as I’m playing games I’ll have all the time in the world for that genre. It’s a beautiful, elegant genre, and, when it all clicks, it’s a timeless formula. Unfortunately, Operation Babel: New Tokyo Legacy just asks too much of its players. An overwhelmingly pointless narrative, coupled with archaic systems and a user interface that tries to fight with the player at every turn make for a game that really drags at times. If it was on PlayStation 4 (which for some reason has almost no dungeon crawlers), then I’d be more inclined to forgive it, but the PlayStation Vita doesn’t want for quality dungeon crawlers. Even its predecessor, which is similarly archaic, does do a far better job of giving an interesting and entertaining narrative to follow along with.