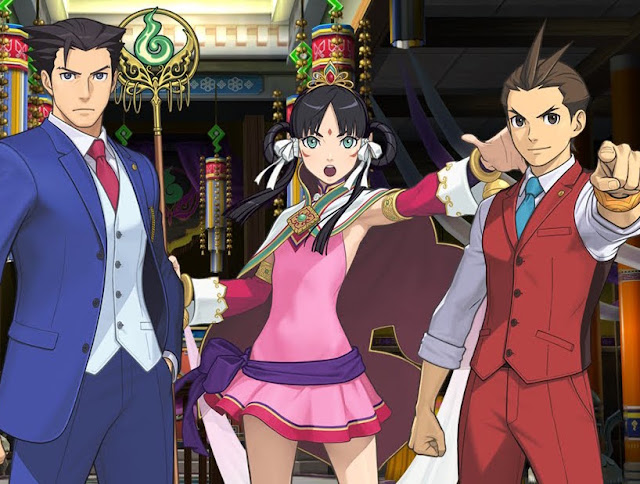 The Ace Attorney franchise is pretty special for me. It is also one of Capcom’s best franchises and I rank it up there with the likes of Monster Hunter. I still remember borrowing the original Ace Attorney from a friend when I got my 3DS and being blown away. I eventually completed the trilogy on my phone since Capcom released the full set and eventually Dual Destinies for iOS platforms a few years ago. Fast forward to today and we have the newest entry in the franchise that had its humble roots on the Game Boy Advance making its way to the 3DS.

Phoenix Wright Ace Attorney – Spirit of Justice is the sixth mainline entry for the franchise and while it definitely is an experience worth having, it is held back by an annoying new mechanic and a few other flaws. There are a lot of improvements and enhancements in the visual side of things but I feel like the focus was put into the wrong things.

Spirit of Justice is a new adventure mostly set in the land of Khura’in. Phoenix is visiting Maya in this land and as you expect, he gets caught up defending a kid who is arrested for murder. Now Khura’in is a very interesting place for a lot of reasons. The characters you mostly love and have enjoyed playing with in previous games like Apollo Justice, Trucy, and Athena make a return as well. The Divination Séance is a new mechanic that is a focus for trials here. More on that in a bit. There’s plot twists inside plot twists and wrongly accused people among the usual suspects that make up the standard fare for an Ace Attorney game all preset in Spirit of Justice. 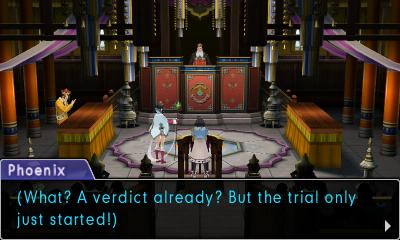 One of the things I’ve liked a lot about the Ace Attorney games is how there’s always a larger story taking place across all the trials in a single game. This is where one of the major flaws is visible in Spirit of Justice and it is more pronounced than in Dual Destinies. The fourth case doesn’t fit. I feel like it should have either been a separate DLC or just removed and let the game skip past it, on to the final case and the game offer four cases in total. Yes, the game looks better, but the loss of focus in storytelling is quite galling- never work on something to the expense of what makes a franchise great in the first place. No one plays Ace Attorney – or any visual novel – for flashy visuals and you only need to look at Zero Time Dilemma for that.

Meanwhile, the Divination Séance is an annoying new mechanic. It is conducted in the high court and involves a dance done by Rayfa Padma Khura’in, the priestess. This involves calling the spirit of a murder victim to see what happened through their eyes during their last moments; it shows everyone what the victim heard, smelled, tasted, and felt and the priestess interprets these into an insight. You are tasked with finding inconsistencies here, which is a fun idea in principle, but the implementation left a lot to be desired and they frustrated me from start to finish.

While the Ace Attorney games are always showcases for good guys winning the day, it is interesting seeing the themes and narratives at play. There’s always a larger picture. Spirit of Justice highlights how bad things can get when you allow dogmatic laws overrule good sense. In this case, some of the laws may not even make sense, but they’re implemented without real challenge simply because they are laws. The legal system in Khura’in is also heavily biased and there’s even the Defence Culpability Act. This act has the attorney charged with the same sentence as the party (client) found guilty. This is, of course, ludicrous, but ludicrous laws are not as uncommon as we think they are in the real world either. 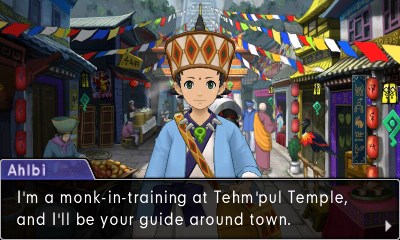 Quality of life improvements are always welcome in newer entries to old franchises and Spirit of Justice has one welcome addition. There’s a setting that lets you skip all text not just read text and before you raise your pitchforks, this allows you to double press to have the entire sentence load immediately. This is great for people who read through dialogue boxes quickly. There’s also a new notes section in the court record that basically is a backup and can tell you what to do next or just serve as a reminder. An optional hint system has also been added to prod you into the right direction if you’re stuck.

I hope the next Ace Attorney game has more structure in its overarching narrative and the developers actually have the cases flow naturally from one to the next. Even with its flaws, Spirit of Justice is good fun, through, and another quality example of a narrative from the ever-growing stable of visual novels we are now getting translated into English.