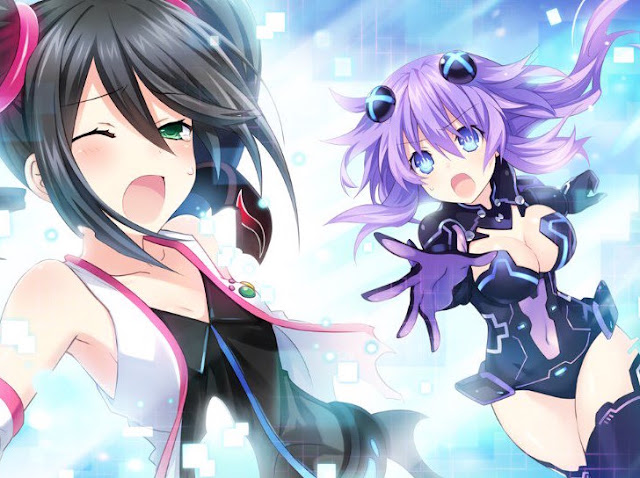 The Hyperdimension franchise has been on a steady improvement curve from the very first game. After a shaky start, Compile Heart’s marquee franchise has developed into a series of genuinely good JRPGs that mix its fanservicey roots with genuine humour, as well as a balanced, intriguing, turn-based combat system.

But I wasn’t prepared for the kind of game that Superdimension Neptune VS Sega Hard Girls would be. There was a point about four hours in when I realised that I wasn’t just having fun in playing this game. No, I was utterly addicted to it, to the point where I was losing time in playing it and didn’t really want to do anything else but play it. That was a feeling I haven’t had since Hyperdimension Neptunia mk 2 back on the PlayStation 3 really sold me on the potential of the series. And this one has a far more refined combat system. Yep, Sega Hard Girls is, in my opinion, the strongest Compile Heart JRPG to date. Indeed, assuming you can sit through the fanservice, this is one of the best JRPGs released this year, and a game I would happily recommend to a very broad audience.

The narrative is so delightfully meta and self referential that it manages to be the most extreme – and most charming – plot in the series to date. Series mainstay, IF (a personification of Idea Factory itself), exists in a future that is essentially desolate and ruined. She now cruises around the world indulging her whims for adventure when she happens across a library that hosts the entire history of the world – a world that, as series fans know, is based on the video game consoles and companies. Nations, their heroes, and their “Gods” are named after consoles, manufacturers, and developers. 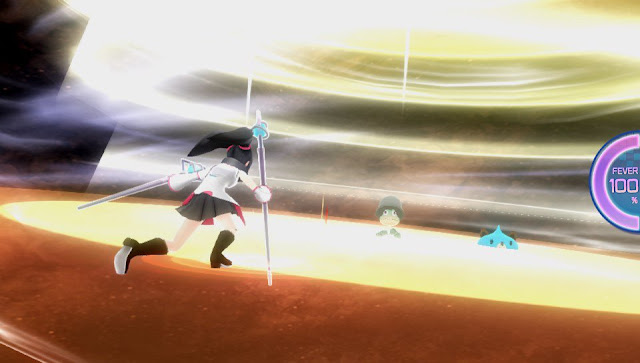 That library is having problems with history disappearing from its shelves, as though it never existed. IF, who by circumstance bumps into Hatsumi Sega, or Segami (effectively Hatsune Miku), teams up with her to travel back in time (thanks to some arbitrary changes to her motorcycle that allow her to do that) and see what they can do about recovering that lost history.

So the duo head into various eras of the world, each based after a SEGA console – Dreamcast, Game Gear, Mega Drive – meet and assist the familiar denizens of that era, and fight plenty of battles with the series staple; enemies that parody famous monsters that have appeared in games over the years. Hyperdimension fans will love the way the recurring characters are woven into the plot, and while this game’s narrative is firmly focused on IF and Miku – sorry, Segami – the moment Neptune gets turned into a sentient motorbike is an all time classic bit of humour for this series.

We’re not quite at the point where having played previous games in the series is a requirement in order to enjoy Hyperdimension games, though it’s getting to the point where some of the jokes are relying on players being familiar with the characters, and so some of the humour will be lost to those coming in fresh. That said, the game makes some fourth wall-breaking jokes about that fact itself; one of the running jokes through the opening hours involving the characters “having a feeling” that they know one another, as impossible as that is given the time difference between them in this narrative, because they’ve “been together in previous games.” 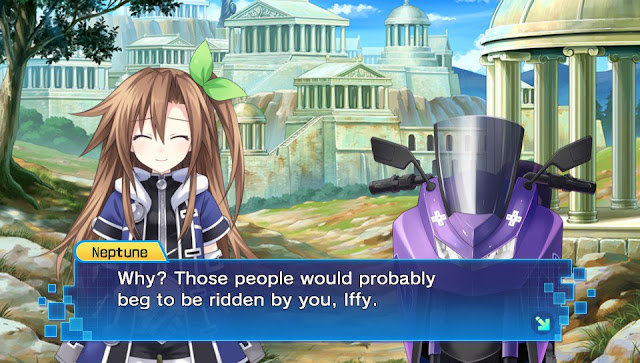 Compile Heart has really ratched the fourth wall-breaking humour up to 11 in Sega Hard Girls. It has always been a deeply self-aware series, but any pretence that the characters also exist outside of their self-aware basis is thrown right out of the window here. You could argue that this completes the reduction of these characters to single note caricatures, but on balance I think this works to the game’s benefit, liberating the writers so they can cut loose with dialogue and scenarios that are designed partly as industry in-jokes, and partly as light ribbing for the very audience most likely to buy into the games. When motorbike-Neptune makes a joke about having other girls “ride her”, and then follows it up with a line about how many people will screencap that comment, there’s layer after layer of self-referential humour at play, and Sega Hard Girls goes harder and deeper with it that genuinely funny approach to satire than anything previous in the series.

Oh hey, I’m doing it myself in the review. Go me.

As for the broader plot, to be honest there’s not much point in trying to explain it here. It’s not going to make sense. Basically, one group of super-powered “Goddesses” are fighting another group of them, and that seems to be why history is disappearing. Segami, despite suffering amnesia, knows she wants to stop the fighting. IF’s along for the right and Motorbike Neptune exists because it’s funny. I promise there is a logic within the narrative that means you’ll be able to follow along with it, but it’s one of those plots that needs to be experienced first hand before the logic will become evident.

The other thing this series is known for is, of course, the fanservice. Anime girls running around in super short skirts and making jokes about one another’s boob size is par for the course, and Sega Hard Girls probably shoots one or two under par to boot, though there’s certainly more explicit content in some of the other games in the franchise. The “issue”, if you see it that way, is Miku – sorry, Segami – whose skirt is short enough that she might as well do away with the pretence of wearing anything to preserve her modesty and just run around in her stripped panties. Exploitation aside, she is presented as a strong, interesting enough character, and the other leading lady – IF – is about as restrained as Idea Factory ever gets. Like everything else in the game, the sexuality is played for laughs and is poking fun at the people who take this stuff seriously more than it’s interested in titillating them. We are talking about a game in which the self-proclaimed “protagonist” has been turned into a motorbike. If this game is somehow either offending you or turning you on, you’ve got issues. 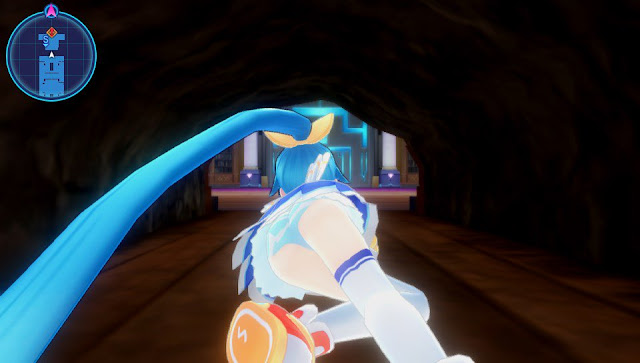 This is now the fourth Hyperdimension JRPG that has been released on the PlayStation Vita, and what that means is that the developers have an awful lot of assets to draw on in making the games, allowing them to be produced even more cheaply than in the past. Sega Hard Girls is a budget production, and clearly so. The mission structure means that there’s a lot of trekking through dungeons multiple times, and those dungeons are places you’ve often been in previous games. Enemy designs and behaviour is also ripped right from previous games. You’ve heard a great deal of the music before, too. You might call it lazy, but frankly, these games already look and sound lovely on PlayStation Vita, so I don’t see any reason not to reuse assets. Not as long as the plot is as original and entertaining as this one offers. Besides, Segami is a new character and she’s A-tier waifu material. Blanc finally has real competition. What more could you want?

More than anything, the pacing of Sega Hard Girls is so incredibly spot on. It’s a game that’s easy to play for short bursts of time, as missions and dungeons tend to be compact, and there aren’t the long cut scenes to sit through. With so many JRPGs being so self indulgent – even when based on silly concepts – it’s a welcome remedy to be able to sit down blast through some nonsense fun without thinking about it too much. Even in comparison to some of the previous Hyperdimension games, which seemed quite determined to mix in some serious messaging amoung the silliness, this latest title simply cuts itself free, and the writers clearly relished that freedom. For all that I was left thoroughly entertained throughout.