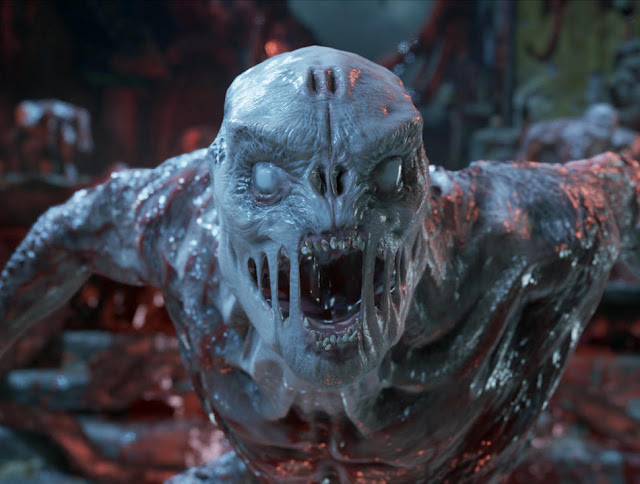 I must admit I started to lose interest in the Gears of War games after the third, but I was excited to see where the game would go under a new development team in The Coalition. The good news is that the new development team has brought with it a breath of fresh air, and this is one of the best Gears games to date.

Related reading: You can read Nick’s review of Gears of War: Ultimate Edition, also on Xbox One, here.

Set 25 years after the events of Gears 3, the human population is so low that the Coalition of Ordered Governments has created a few small, walled-off cities to protect the remaining population. The COG also declared martial law so that no one may leave the city walls. However, not everyone agreed with the COG and formed a group of survivors called the “Outsiders.” The Outsiders live outside of the city walls of the COG and raid their cities for resources.

The game starts with a ceremony for the heroes that fought in the Pendulum Wars and Locust War with flashbacks with you playing as a random hero in some key battles. These scenes won’t do enough to fill newcomers into what has gone on in the past four games, but it gives you a brief refresher history of the events that took place and works well enough as a tutorial. After these first few scenes, the game picks up with players playing as J.D. Fenix (Marcus Fenix’s son), along with his two friends Delmont “Del” Walker and Kait Diaz. Kait’s Uncle, Oscar, also is along for the ride. J.D. And Del were both previously fighters for the organisation, but left. The reason why they left wasn’t really made clear, though I may have missed it, as they have the most irritating habit of having discussions in the middle of firefights where there’s a lot of ambient noise that makes things very hard to hear. It’s not really relevant, either. Point is that they are now outsiders, and their target is an abandoned city that the COG continues to use as an industrial outlet to produce robots and things. 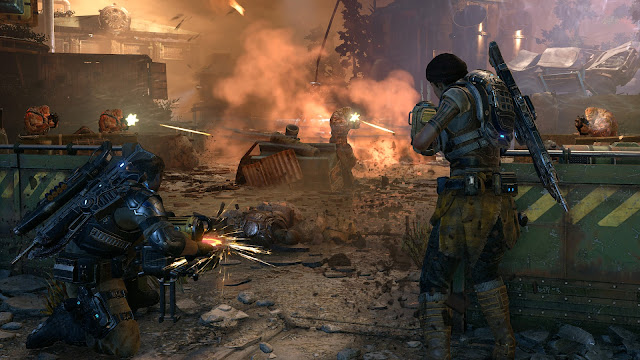 Once the four are inside the city they try to sneak their way to their target; a fabricator they need to power their village, but of course with this being an action game they get spotted. Once spotted an army of robots attack and in true Gears style, it’s bedlam. The battles in this game play out a lot like previous games. It’s a cover-based combat system where if you don’t stay and shoot from cover you will die fast. There is a greater urgency placed on close quarters combat, however. Both your side, and your enemy, has a number of new knife skills, which result in instant, and efficient kills. I’m not sure how much use most people will get from these, but it’s interesting to see the developers encouraging players to try and stay in close contact with enemies this time around.

After some more fighting, and a brief diversion after Oscar gets himself captured, the team escape the city and make their way back to the outsider’s village. And of course they failed to notice the robot army also followed the four back to the village. Enter Gears’ other popular feature, a pseudo-tower defence sequence where you have some time to set up defenses around the village to help survive an overwhelming onslaught.

This is the “horde mode” that is so often cited as people’s favourite side of Gears. Personally, I’ve never been as sold on it as others. Because the enemies come in wave after wave, I didn’t mind the first few rounds, but by the end it inevitably feels like a way to pad the game out without really adding anything to the game itself. 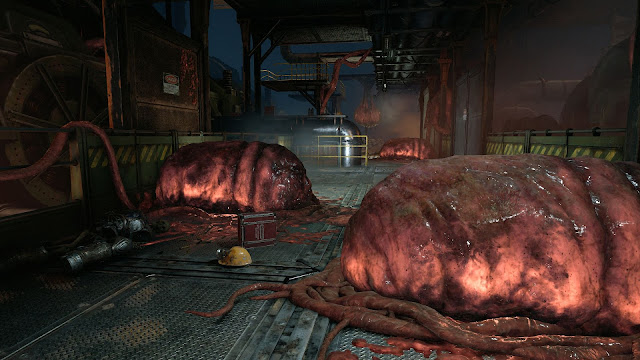 It’s interesting that the developers opted for robots to be the antagonists at the start of the game. Gears of War has always been a series about visceral violence and bloodletting, and fighting the cold, lifeless machinery simply doesn’t provide that same explicit sensation of pain and anger as you had when taking on fleshy opponents in previous games. The developers seem to be aware of this, as there’s plenty of oil splashed around, but that’s much like the old trick of replacing blood with green goop that was so common in the early eras of game development. Later in the game, the gore does picks up for reasons that I won’t spoil, with blood splatting on the screen and some truly brutal kills, but it remains odd that the game wouldn’t open with its strength.

It’s also interesting that the game’s narrative seems to work hard to shed some of the more overtly nationalist themes of the previous games. The greater sense of threat from within, and the casting of the player’s characters as the outsiders is far more palatable than when Gears was effectively running propaganda for the exceptionalism movements with the old, tired “world is a dark place facing invasion from hostile, alien, monsters, and these patriotic heroes are standing up to hold the horde back and preserve the sole light left in the world,” nonsense trope. There are still some elements of that around, but its good to see Gears expanding on its thematic range.

The relationship between the characters is one of my favorite parts of the game. J.D. And Del are childhood friends and they have a good, easy relationship with a sense of humour about what they do. Kait is the strong female type. Marcus, although not the best father in the world, still cares enough about his son to help him out. It’s not a series known for its storytelling, but this is the best-written game in the series so far, and I approve of The Coalition’s clear intent to humanize its stories set in this world. 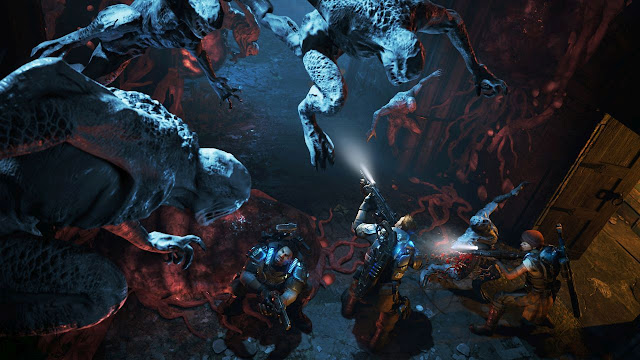 The banter between characters can be funny at times and the game’s pacing is really good with the enemies escalating in difficulty at just the right rate. The game also knows when to throw a one-liner at you at just the right times to lighten the mood. Like the previous games, Gears 4 is extremely linear. You follow a path, fight and then keep going. There are a few spaces that are larger and you can find hidden collectibles but for the most part, you may as well be on rails. The hidden collectibles are incredibly disappointing and feel like they’re in there arbitrarily to give trophy hunters something to do.

The other presentational elements are as you would expect for a major blockbuster game. The Coalition was able to recruit Ramin Djawadi of Game of Thrones fame to compose some of the music for the game. It’s excellent. The voice acting is also quite good, when it’s not being drowned out by gunfire. Even with a headset the action is simply too loud for important conversations to be going on at the same time.

You’ll breeze through the game in around eight to ten hours, but it’s very replayable, as local co-op is an absolute blast. Then there’s always the online multiplayer to get stuck into. At the time of this writing, the online multiplayer was not up yet, so I haven’t been able to test it out, though Gears has always done multiplayer well, and in this one there is a card system, with packs unlocking new characters, new weapon character skins, bounties, and other goodies. It should prove to be addictive stuff. 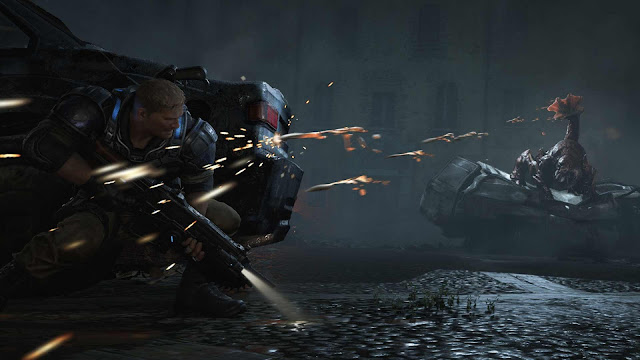 Related reading: Matt also reviewed Gears of War: Judgement on the Xbox 360. You can read his review here.

Gears of War 4 is the best game in the series so far with more likable characters and a better and more well-written story. The story of friendship and family fits well with the summer blockbuster style that the series has always strived for. Full of action, some humour and maybe even a few scares thrown in with the mix, more than anything else it looks like The Coalition is determined to mature the Gears franchise, and that is hardly a bad thing at all.