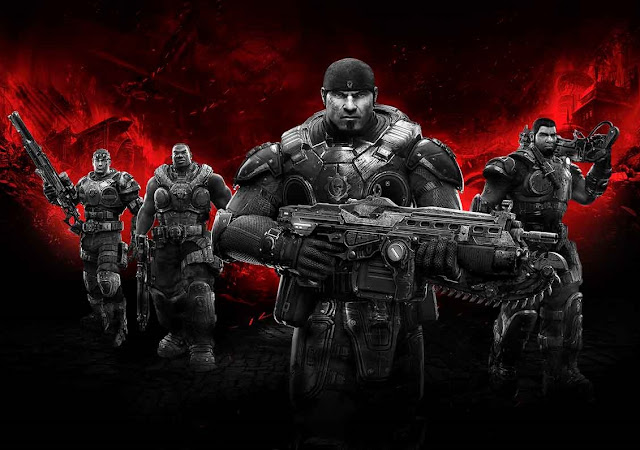 There have been no shortage of remakes, remasters, and HD thingamabobs since the newest generation of consoles released, and it was only a matter of time until the original Gears of War got the updated treatment. Of the titles that deserved an Ultimate Edition of this nature from the last generation of consoles, I would have to put this one right up there. Gears of War: Ultimate Edition reminded me again why I loved this series in the first place.

It is hard to believe that it has been nearly a decade since the original Gears of War released. It was one of the main titles that convinced me to go ahead and buy an Xbox 360 at the time. There were a handful of titles that I enjoyed, but when my buddy brought over his Xbox 360 and Gears of War, the two of us were hooked and spent the entire evening playing through about two-thirds of the campaign.

Sadly, we both had to work the next day, so we reluctantly put down our controllers and called it a night. A couple of days later, my wife – who had probably progressed to sainthood after putting up with my buddy and I blowing things up loudly when he had been over last – decided we could go out and buy an Xbox 360 and pick up Gears of War after seeing what a good time I had with it. My friend lived out of town, and we figured it would be a week or so until we could get back together to finish what we started. Instead we hopped online together and finished out the campaign online that night, introducing us to a whole new world of online gaming over consoles. 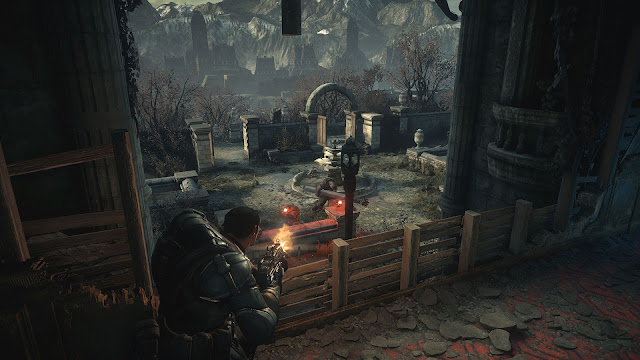 Now that you know my history with the game, what about the game’s history itself? Well, the story takes place on a world called Sera, where the Locust – a strange lizard/insect race that lived beneath the ground decided to rise to the surface and do away with the majority of the pesky humans residing on it. The opening sequence where Marcus Fenix is released from his cell to take command of Delta Squad and try to give humanity one last chance at survival was just as good as ever. The narrative is hardly revolutionary, having more in common with blockbuster Hollywood action fare than great literature – but the gritty, post-apocalyptic world of Sera is a sad, haunting landscape to navigate.

Gears of War helped to bring a great deal of polish to the third person shooting genre upon its release. Cover mechanics worked better than we had seen in almost any other game to date upon its release. And its systems and structure became enormously influential and aped many times since. The term ‘roadie run’ became popularised because of the awkward, tank-like hustle Marcus and company used to move from one point of cover to another. The cooperative play was a blast and the online matches were competitive and fun.

So while the original Gears of War certainly has its place among the great shooting games last generation, it still begs the question: is the Ultimate Edition worth picking up to revisit Sera? If you enjoyed the original game, then yes. If you do not care for the genre or the Gears games, then probably not. The Ultimate Edition is not reinventing the wheel in any way. It adds a bit of extra story in one place that is welcome but far from essential. The visuals are certainly an improvement over the original game. I actually played them side-by-side on two different screens just so I could compare the two. I remember how breathtaking Gears of War was when it first released, which puts progress sharply into perspective when you see it running next to the updated version. The end result is what we see in a lot of this HD releases – the old game certainly looks rough and grainy, but because the newer release is still being built over the top of an older engine or assets, it tends to look better than its predecessor, but simpler and muddier than a brand new game today would. It is a compromise between the two worlds, but it is a more favourable impression than not. 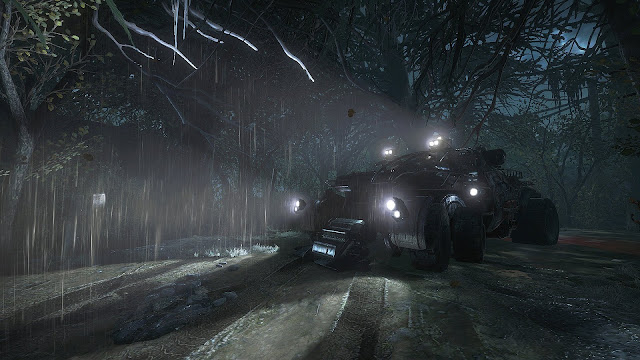 Not everything about this remake hits its mark, however. While the core game is largely untouched, the campaign could have benefited from a bit more attention to detail. Gears of War was revolutionary at its time, but Gears of War 2 and 3 improved the series in a number of ways. While the core mechanics held true, level design and enemy AI was improved in those sequels. Here it would have been nice to see a few liberties taken during some of the Ultimate Edition’s bigger set pieces to show off what had been learned over time. Enemies, even on insane, can be incredibly dense at times. Play with another friend and use proper flanking tactics and you will be bored by how simply it all is. This is a bit less prevalent if playing the game all by your lonesome, because your AI companion will have his moments of stupidity as well to help even things out. Also the level design was more simplistic in the first game than would be acceptable today, often boiling down to holding a single spot and simply popping up and firing. Redesigning bits to add tactical elements found in the environment in the future games might be wishful thinking, but it really would have helped this game remain relevant in the modern era.

Beyond the single player campaign, which is admittedly still somewhat short (around ten hours, give or take), the primary draw will be the online. Here the multiplayer sees a notable uptick over the campaign mode. The Ultimate Edition has all nineteen maps (many of which began life as DLC content when the game first released), with a hybrid of modes and levelling systems that were introduced in Gears of War 2 and 3. The improved processing power allows for a smoother 60 frames per second of gameplay (sadly, the campaign is still bolted down to a thirty frame cap), which makes a difference when you are running around and trying to stick to cover. It seems like a small thing, but I found it much easier to stick to the surfaces I wanted when I was taking cover, something that was an occasional pain during the original game.

Related reading: For a look at how the Gears franchise has evolved, Matt has reviewed Gears of War: Judgement, on the Xbox 360.

Fans of the original Gears of War will enjoy visiting Sera one more time to play out humanity’s last hope against the Locust. The sound and the visuals all receive the requisite upgrades with just a bit of extra story thrown in for those who did not play the game on PC the first time around. But what will really keep you coming back for more is a robust multiplayer that takes some of the best elements of all three games and serves it up in a smooth framerate that makes it a joy to play.

DDNet does Japan! Day #11: Let’s talk about the Japanese summer, festivals and Persona 4