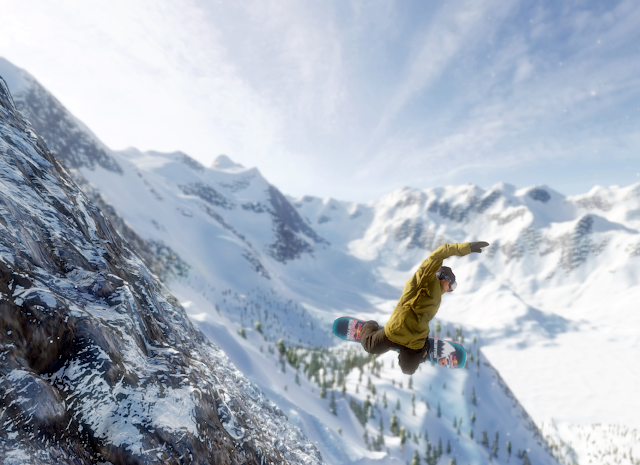 I play a lot of sports and sports games, but I’ll be the first to admit that when it comes to snowboarding I’ve got absolutely no skill. I never tried it, because I assumed that I would spend most of my time with my butt planted firmly in the snow. That being said, Mark McMorris Infinite Air actually looks like it’s going to do a pretty good job of representing the sport, even if it is one I do not believe I have any innate talent for.

I think the key for Mark McMorris Infinite Air is that it is very accessible. Immediately the game starts you off in a nice series of tutorials that do an excellent job of stepping you through the basics like how to attain and maintain speed to more advance tricks that the game wants you to pull off. That’s right – Mark McMorris Infinite Air wants you to succeed in pulling off more advanced tricks. It isn’t necessarily some high hanging branch you can’t hope to attain. That’s not to say it’s easy – but with a little work and patience, some snowboarding aerial greatness is attainable as well.

Once you get through the basics and understand the controls, you are set loose on a procedurally generated slop that has all kinds of terrain upon it. Rocky surfaces, thick snow your board cuts through and even smaller lodges littered with wooden structures. These slopes come in a variety of shapes and more importantly, slopes. Granted, the majority of these I encountered in my time were of the gradual variety, but every now and then you encounter a particularly steep slope with a few notable jumps, and those particular moments soar as you take to the air and twist, turn and flip your way to various trick scores. 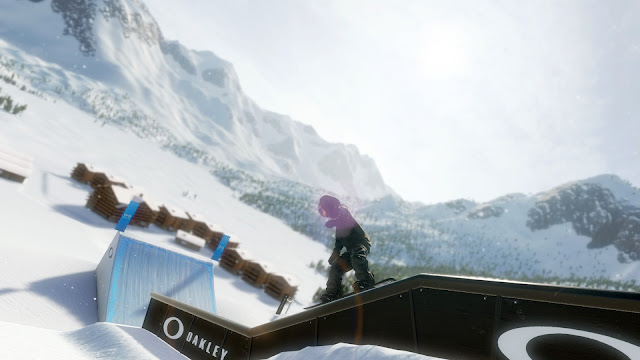 One of the more lenient features is the ability to upright your snowboarder right there on the spot or to get dropped off by a chopper than can survey the landscape and drop you off where you are at. I liked the second feature for when I was trying to seek out a deep slope that would allow me to gain some significant speed.

Not happy with the currently generated landscape? Make use of the editor which allows you to fairly quickly create your own courses. If you don’t feel like leaving it to chance or building your own, you can make use of the slopes generated by other players. It is already pretty easy to find a good course and make use of it and we’re not even in full release yet. I liked the option to play against other asynchronously. I would see the paths and events other previewers took part in, and I can only imagine that this functionality will become far more robust when filled with other players.

You start off with one snowboarder, but others can be unlocked as well. This along with the asynchronous gameplay (reminding me a bit of other sporting games like The Golf Club or even to a lesser extent Forza) gives Mark McMorris Infinite Air a good deal of replay value through various types of events like Big Air and Slopestyle. 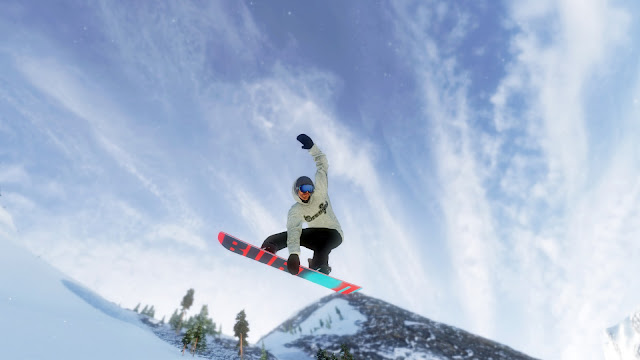 That is not to say everything is perfect with this title, and there are some kinks that I am sure will be ironed out before the full game lands. I suspect a great deal of the replay value is going to be found in playing against friends. Additionally, community created courses will also weigh in heavily. As a result, Mark McMorris Infinite Air is a game that will require a lot of players to make the most out of its systems. If it is widely adopted upon release, all the better. More competitors and more tracks. If people steer away from it, though, the offering could prove to be a thin one.

Additionally, it’s generally recommended in sports games that you use a controller, but here it is required. Frankly I can’t imagine playing a game like this with a keyboard and a mouse, but in Mark McMorris Infinite Air you lack any option to do so. Controller support only. In terms of the presentation, the music is decent and the visuals are solid if unspectacular. You get plenty of the white stuff and some of the jumps and horizons do a nice job of creating a sense of scale and also a feeling of height as your snowboarder takes to the air and gathers significant speed. Those are all well and good, but the snow trails left in your boarder’s wake feel oddly hollow – like perhaps they should have varying depths and sometimes fill in as you board. Instead they are oddly uniform all of the time. Again, this is not a sport I know as well as others, and I am just making an observation that the trail left in your snowboarder’s wake is just a little too perfect at times.

These however are fairly minor quibbles when weighed against the overall package that Mark McMorris Infinite Air. Time will tell if the game receives a large enough audience to support what the developers have in mind, but I am optimistic. The course editor is clearly powerful and I have seen a lot of games find great success in this kind of offering. Online competitiveness is all well and good and certainly welcome here, but I suspect the title will live and die by the quality of the courses that are created by the community once the title launches.

Root Letter; On Japanese rural communities and matters of trust