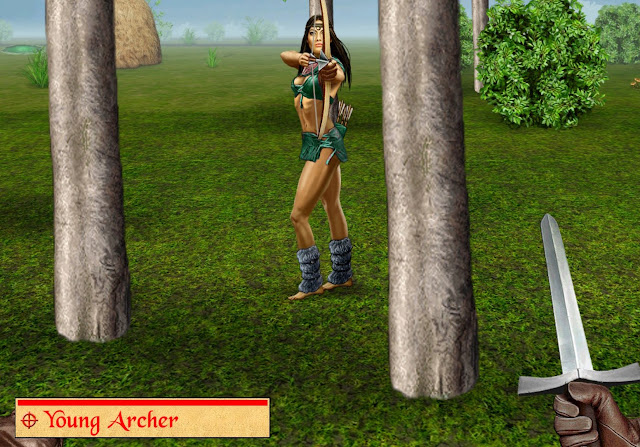 One of the first games that I played on iPhone – way back at version 3, or whatever it was – was a humble little dungeon crawler called The Quest. Inspired heavily by the likes of Might & Magic and Wizardry, it was a very traditional, turn-based game that was distinctive in that it offered a huge world to explore, and was one of the first examples of how the iPhone could be turned to offer more serious gaming experience.

Yep. Back when other people were swearing black-and-blue that mobile gaming was just a fad and no one would spend time playing real games on mobile devices, there I was happily getting through long commutes and dull meetings one fantasy step at a time.

Fast forward quite a few years now, and I’ve added an iPad to my library of devices, and that device has proven itself to be absolutely sublime for the RPG genre in general. I mean, on my hard drive right now, I have Baldur’s Gate 1 and 2, Icewind Dale, Knights of the Old Republic, Legend of Grimrock, Severed, and a bunch of Spiderweb Software games… amongst many other games, since I’m also an addict of board games and strategy games. It is in this context that The Quest has landed in full HD, with, sadly, almost no fanfare. The big challenge the game faces is that back on my iPhone it was a fairly chunky fish in a very small pond. How will it match up in size now that it has been dumped in a far larger pool with some of the greatest fish of all time skulking around, looking for prey? 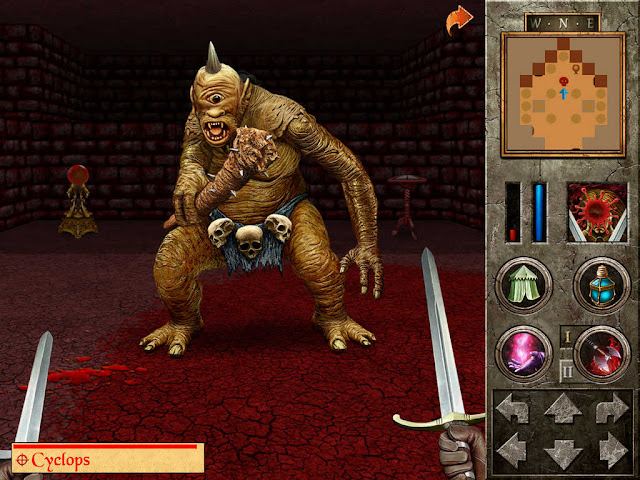 Quite well, as it turns out. The Quest makes a good first impression in HD. Though there are better looking ‘crawlers on the iPad, the clean lines and simple sprites that represent NPCs and enemies took me back to my old Wizardry days. For me, it’s this aesthetic that is as nostalgic as picels, which made it it really easy to get immediately hooked back into the world.

And what a timeless world it has proven to be over the years. If you were to imagine something like The Elder Scrolls: Morrowind, that replaces the real time, free explorations, into a grid of squares for movement, and turn based action, then you’d basically have The Quest. Despite the seeming restrictions of grid movement and methodical combat, you’ve got a lot of freedom to tackle the world and its perils on your own terms. There’s nothing stopping you from charging into an area filled with ridiculously powerful enemies from the outset, though doing so will surely kill you. For those more willing to actually get through the game in one piece, side quests and the main storyline alike will send you to all corners of the world, and you’ll pass through hostile regions filled with enemies, and quaint towns and glistening cities alike. There is a distinct order with which you need to tackle the story, but within that you still have a lot of opportunities to go off script.

Even the quest structure works a little like in The Elder Scrolls game. The first village you rock up to has three main storylines going on at once, for example; there’s poison gas escaping the local graveyard and making the town sick, an important local lord has had his wife ‘stolen,’ by local bandits, and there’s a smuggling operation going on at the docks. There are also dozens of different people to chat with, some gambling if you’re in the mood, and all in all you’ll be spending your first couple of hours set up here as you make forays into local danger zones and generally prove yourself to be a help to the people. 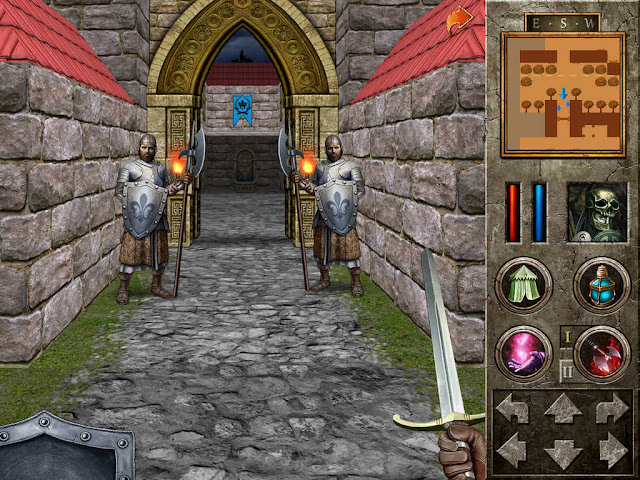 Or you can try and pick-pocket or even attack them and make a nuisance of yourself. It’ll hurt your reputation to do that, but hey, we are talking about open worlds here – play as you like and all that.

Assuming you do play according to script, eventually you’ll tap out the difficulties of the local area, and move on, looking for more adventure. Each region is distinctive and interesting to explore, and quests become more complex, frequent, and dangerous as you delve deeper into the world. You’ll acquire better loot and find plenty of books that offer additional background information and history of the area, too. In fact, I think that might have been the thing that impressed me the most about The Quest; though the lore and storytelling isn’t as complex as it is in an Elder Scrolls game, there is nonetheless a lot of it, and it’s rare for a dungeon crawler to show that kind of commitment to world building. As generic as the fantasy world of The Quest is, I did find myself genuinely invested in the world and what was going on around me, because the developers gave me enough to latch on to that it all seemed believable enough as pulp fantasy.

All of that would be for nought if the level design and combat was poor, because those are, of course, the hallmarks of a good ‘crawler. The Quest is quite traditional in its approach, but again, it makes that tradition work for it. Dungeons tend to be protracted affairs with plenty of dangerous enemies and traps to contend with. Luckily there is the full set of standard spells and special abilities that will help you get through those challenges, and there is always that thrill in challenging your resolve to see just how deep you’re willing to delve before scurrying back to the surface to heal and recover. 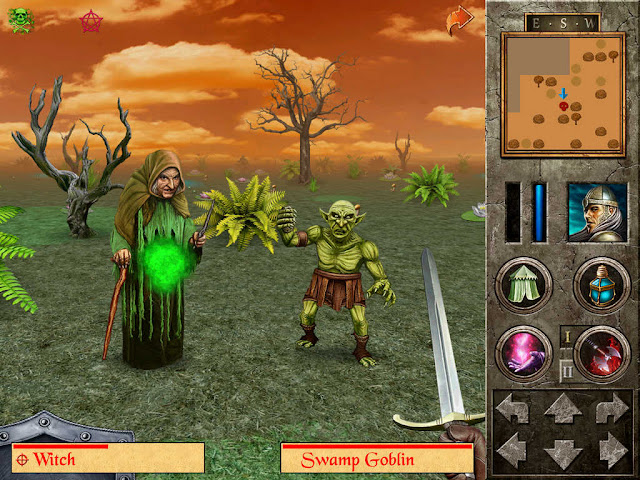 This is all very traditional swords-and-sorcery stuff, and The Quest doesn’t hide from its roots in early western RPG design. You’ll be squaring off against a standard set of enemies and the overarching story, where a prophecy has predicted your arrival and circumstances making you a person that needs to embark on a quest at the king’s behest. The developers were clearly less interested in innovating in The Quest as they were sticking to a simple, but effective plot and executing against it well.

Now, that strategy worked to resounding success on the iPhone back when it was new as a gaming platform, but expectations do change, and unfortunately The Quest is no longer the special experience simply because it exists. It is up against some truly impressive RPGs and ‘crawlers, both traditional and innovative. This didn’t matter so much to me, because I already had an attachment to the game and relished the opportunity to play it again. I have to wonder how it would compare to Grimrock and 7 Mages for people that didn’t have an existing relationship with it.

I hope it’s still favourable. I think the game is remarkably well made.

Explainer: What makes a JRPG great? It’s not the gameplay