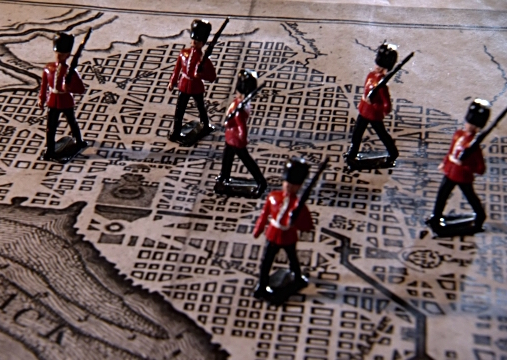 As much as everyone knows I love my JRPG and music games, a genre fewer people are aware that I love is the strategy genre. Especially serious strategy games.

Indeed, when you boil the respective genres down, it’s not really surprising that a person that enjoys RPGs would also like strategy games. Both genres are heavily mathematics and logic based, and both genres contain a heavy tactical component; in an RPG you are figuring out how to use your individual characters to take down small groups of enemies. In strategy games you’re going through much the same thought process, it’s just that you’re replacing individual characters with units of soldiers. Scale aside, you’re still mentally crunching numbers and judging the relative strengths of both sides in order to determine on to best approach the combat.

Be sure to let us know your favourites in the comments!

This was my first real gaming passion; the first game that I could start playing on a Friday night after school, and basically do nothing but play it until I had to drag myself out of bed to get to school on Monday morning. It had everything that appealed to the young me; authentic history, a huge number of units and technology trees that gave me complete strategic control, and plenty of difficulty; especially on the higher tier difficulties. 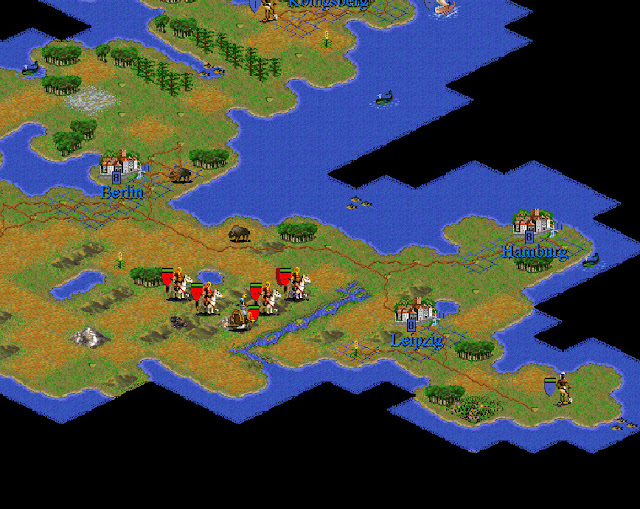 Related reading: My retro review of the game.

I played Warhammer (the tabletop wargame) as a kid, so the fact that this game did such a good job in recreating the fundamental concept of the game; of building your own armies up and then pitting them on the battlefield, was something that hooked me right in, In Warhammer: Shadow of the Horned Rat, you’re in command of a mercenary army, choosing which units to field and which to rest in each battle. This was immensely appealing to me, and I found myself caring a great deal for my units as the long, and brutally difficult, campaign wore on. 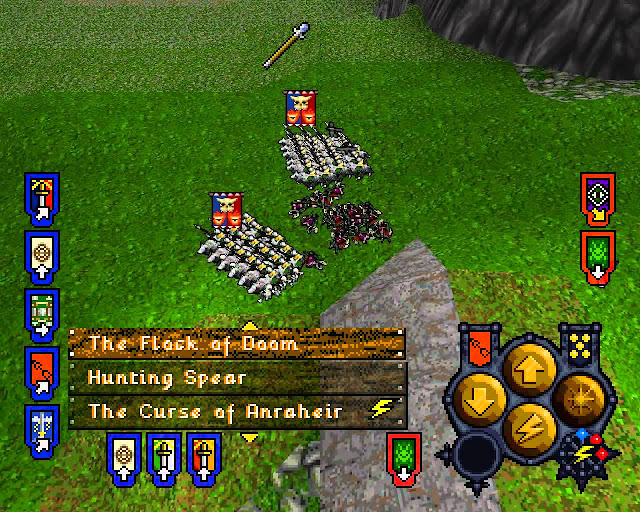 Related reading: My review of the game.

Easily the best 4X strategy game out there, Europa Universalis IV is hardcore stuff, but unmatched for its ambition, scale, and strategy. Unlike most strategy games, military conflict is very limited and simplistic in this game. Rather, it’s the management of your empire that is so important, from diplomacy and trade, through to religion the internal development of your territories. Oh, and you can play as just about every nation on the planet, and just about every nation on the planet requires a completely different play style, as they all have different political, social, economic, and military challenges and strengths. 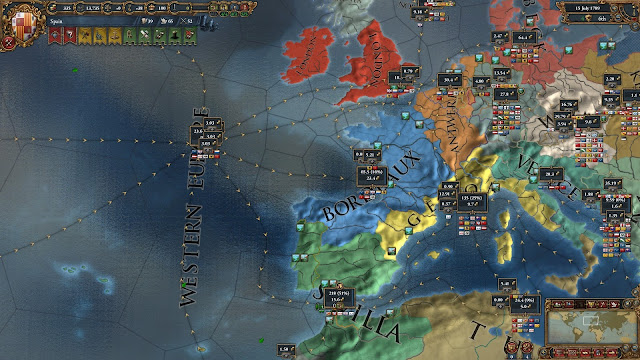 I decided to only include one Koei Tecmo strategy game, and while I had a real toss up between this, the recently released Romance of the Three Kingdoms XIII, and the older games in their respective series’, I ended up going with Nobunaga’s Ambition, because I find the setting in Japan to be endlessly interesting, and the heroes that fought these wars to be distinctive and dramatic. I’ve spent around 200 hours playing this game on the PlayStation 4, and it is balanced, beautiful, and challenging, but entertaining. 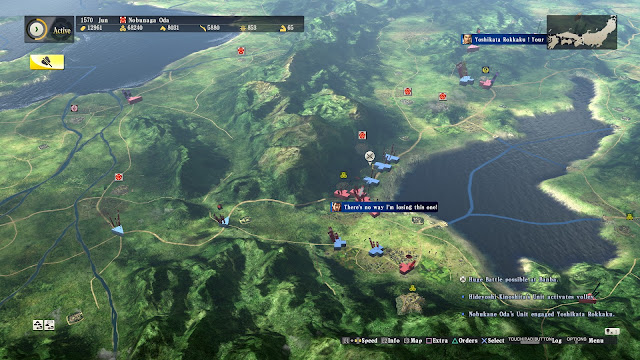 This one is a bit of an oddity among the others in this list, because it’s as much Dynasty Warriors-style action as it is strategy, but the strategy side of the game reminded me so much of a modern take of Warhammer: Shadow of the Horned Rat that I was always going to spend a lot of time playing it. The strategy side of it is actually really good, anyway, with large battlefields opening up plenty of opportunities to manoeuvre around, wreck havoc by burning down forests, and lay down traps and ambushes. It was, surprisingly enough, a deep strategy game in its own right. 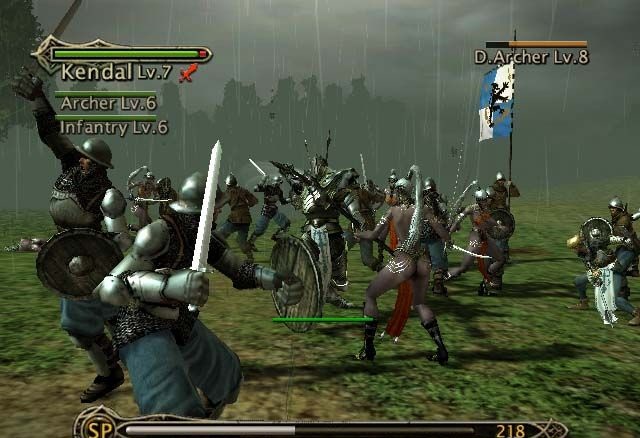 Lord of the Rings: Battle For Middle Earth 2

I know licensed games aren’t meant to be very good, but EA’s Lord of the Rings strategy games really were very good. As a real time strategy game, The War of the Ring 2 had enough playable races, quality maps and different tactical approaches you could make to last for a very long time. The game did a brilliant job of recreating the aesthetics and atmosphere of the Lord of the Rings franchise, and even had a quality Risk-like mode for people who wanted that extra layer of strategy on top of the RTS action. 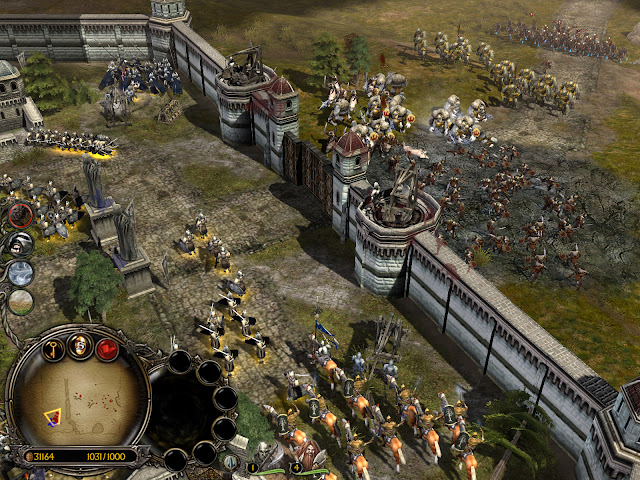 There have been a lot of Total War games, but Napoleon remains my favourite, for a couple of reasons; firstly, Napoleon and his battles have fascinated me through most of my life, for it was a truly incredible era of military history. Secondly, I felt the Total War’s engine – especially on the battlefields itself – really matched well with the actual movement and behaviour of armies in that period of history. So, to me, Napoleon simply matched best with Total War. Fingers crossed for a sequel down the track. 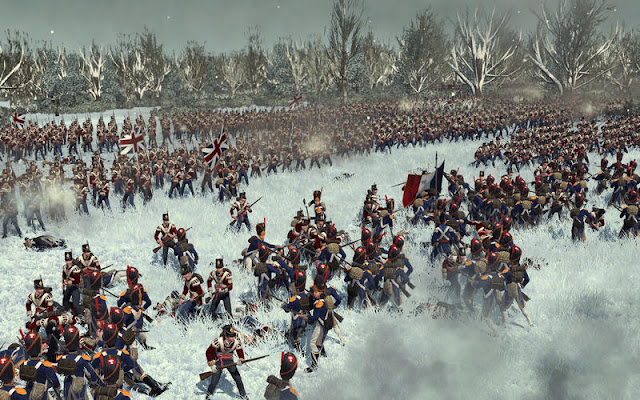 Related reading: My review of the iPad HD release of this game.

Heroes III features a tactical battle mode, but for my mind, that’s not the real strength of the game. As far as I’m concerned, it’s the world map that is the reason to play Heroes. Building up units of heroes and then sending them on missions to capture enemy resources and battle with rival warlords is challenging stuff at times, especially toward the end game, where rivals tend to be cashed up and bring large armies into battle. Challenging, but very rewarding. Especially those moments were you are so completely overpowered that the other side has no hope. 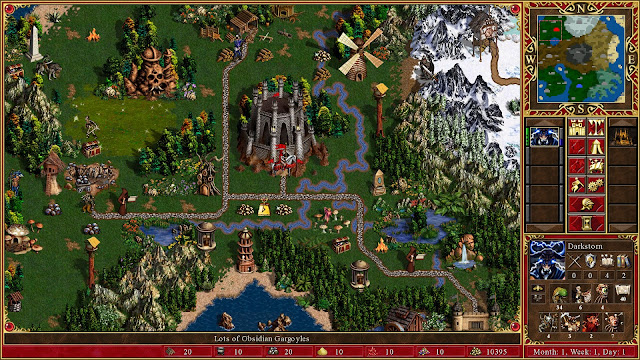 Related reading: An old, old review of mine for the game.

This is a real oldie, but it’s an absolute classic for a very good reason; it’s actual, genuine, military strategy. In Harpoon you’re tasked with sending air planes and naval ships on a wide range of missions against belligerents. Using data from real plains and ships, the conflicts this game simulates are incredibly authentic, and though it might look dry, there’s something to be said for the aesthetic impression that you’re in a war room, desperately trying to figure out where an enemy’s fleet is so that you can counter it before it meets its objective. One for real wargamers. 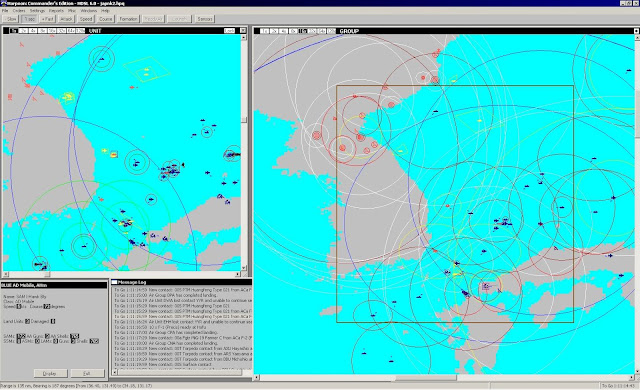 Related reading: My review of the game on iPad.

World War 1 was a time of some of the most fascinating strategic victories –and blunders – of modern warfare. The dynamics (and politics) between the two opposing sides was fascinating, and Commander does a brilliant job in accurately recreating the conditions under which the war was fought. So, yes, it’s incredibly difficult to win playing as the German side, but that is the point and, critically, strategy game fans will relish the opportunity to see if they can come up with a strategy to do what the Germans in the real history were incapable of. 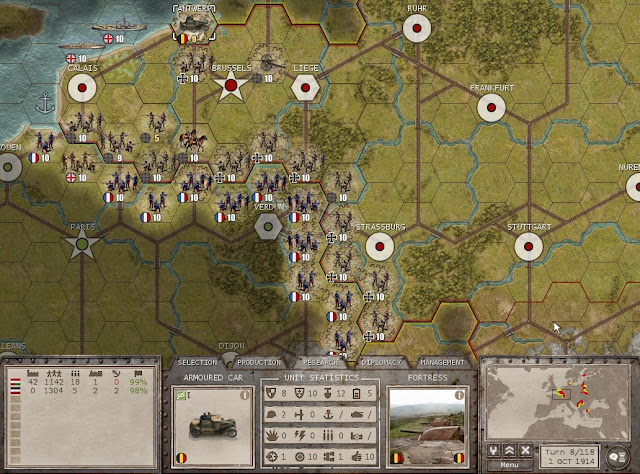