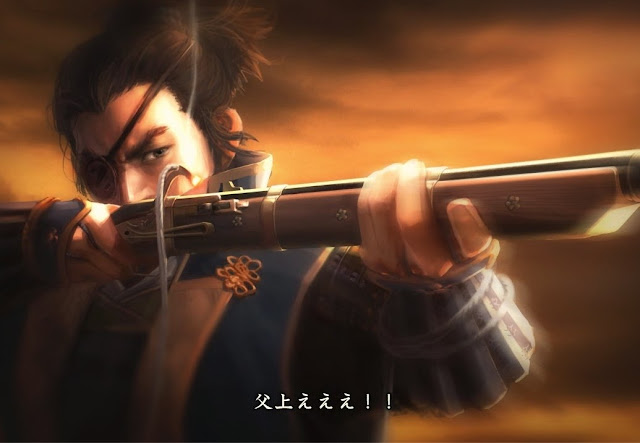 While the strategy genre is not for everyone, those who enjoy delving into meaty campaigns, playing with lots of options and sinking in hundreds of hours into an expertly paced historical game should come away incredibly pleased with what Nobunaga’s Ambition: Sphere of Influence has to offer. While this type of title might seem an odd fit for a console (especially since the series has been absent from the west for so long), Nobunaga’s Ambition is in fact an amazing addition that brings something both new and very rewarding to the PlayStation 4.

Related reading: Another hardcore strategy game worth considering is Europa Universalis IV. Which is, sadly, PC-only.

This is not a game that can just be picked up and played without any effort, let’s just make sure we establish this right out of the gates. Most strategy games require an investment of time and effort to learn their systems, and to that end Nobunaga’s Ambition is no different. It certainly attempts to ease that burden by providing an solid introductory level that teaches you most of the gameplay basics. These can range from your monthly check-in with advisers, to assigning generals to tasks that help to fortify your castle, improve your lands, go to war and so much more.

Do not be deceived by the nature of the tutorial stage, however. There is some playful, almost odd dialogue between the characters that is completely out of place for the time period. However, it is an odd yet excellent choice that shows the development team’s sense of humour in a game that is otherwise very serious with its content. Even this tutorial stage can take half an hour to an hour to complete as it escalates from simply building up the foundation for your fief to eventually attacking another castle. One would think with a tutorial this in-depth that you would have a really firm grasp on how to unify medieval Japan, but all it does is introduce you to your tool kit. How you use it is a continual learning process that necessitates trial and error. 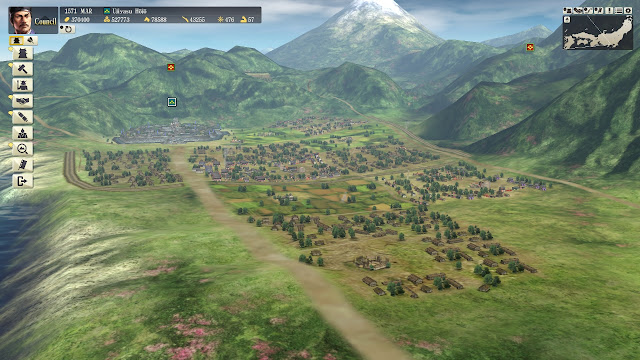 I first played Nobunaga’s Ambition on the NES about a million or so years ago, and obviously things have changed a great deal. There are far more options for improving and expanding your lands, combat is far less linear and the historical flavour is so much better here than it could be back then. It has been several years since I last played an entry in this series, because Koei stopped localising them for so long, so even with my familiarity with the older games, I had to sink in a considerable amount of time to master the various systems at play, but I assure you that it was time well spent.

The setting here is during one of the most famous periods in Japan’s history, when the country was a fractured place and warlords fought for control over scraps of land with one another. Endlessly. The titular Oda Nobunaga is but one of the many warlords – or daimyos – that you can employ right out of the gates, as there are a large number of daimyos to choose from. Not only are the rulers important, but the generals they command are equally, if not more so. As their lord, your job is to employ them and used in a variety of ways. The most obvious is in having them control military units, but almost every single task requires some sort of oversight, from improving the crops in the domain to diplomatic meetings with other rulers and prospecting the land for natural resources such as mines. The sheer number of tasks that need to be managed is amazing, and Nobunaga’s Ambition keeps you in a state of perpetual motion – something that might sound strange from a sedate strategy game, but the development team at Koei Tecmo absolutely nails this game’s pacing.

You start off with a small piece of land and possibly a handful of castles and generals. The early hours are in some ways the least interesting, but also the most crucial. You need to construct a solid foundation before expanding, or another warlord will eventually come and take it away from you. Nobunaga’s Ambition does something so few other strategy games get quite right, and that is find the balance between development, politics and combat. On the harder levels of difficulty, you need to balance all three of those things, or the computer will take advantage of your weaknesses. Diplomacy is so much more than a simple ‘do they like me or not’, because it can not only impact how likely you are to be attacked, but also how likely you are to be able to convince an ally to send forces that assist you in battle. But it takes more work that simply throwing cash around to convince a prospective ally to join forces with you. 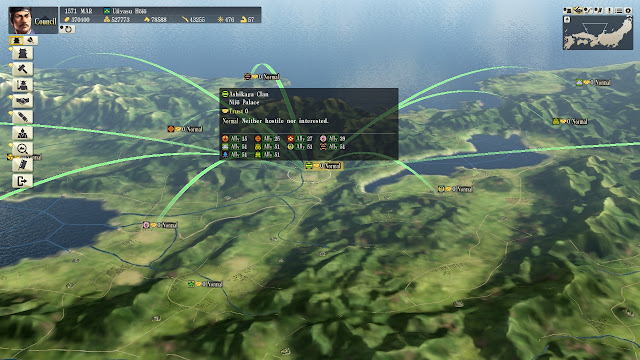 The whole enemy-of-my-enemy strategy is important to capitalise on as well – because you might not be capable of defeating a nearby warlord on your own, but a temporary alliance (or taking advantage of another warlord attacking the rival and weakening them) can pay dividends. Of course, when your ally does assist, you burn off some personal capital that you have with them, and will need to build it up again. Still, it makes sound strategy to let your ally spend soldiers assisting you in combat, especially considering this ally will one day be your enemy if you are to completely unify Japan. Watch out however, because the AI can and will retaliate with alliances of its own.

Related reading: This game is set in the same era as Samurai Warriors 4, also on PlayStation 4.

The setting is one that also makes this game special. Perhaps just because the original Nobunaga’s Ambition was my first-ever strategy game, but I fell in love with this time period in large part because of that experience. It is great to see that the game often reflects the historical events of the time. I always found it fascinating that while playing a scenario (and there are several to choose from – most historical but a couple like the training one that is fictional in its premise) to see certain events unfold the deeper into the game I went. Watching Japan’s Napoleon (Oda) slain by a traitor in his midst never got old and while you are impacting how the story unfolds due to your own interactions, there are enough scripted events that make the game a fascinating text book for students of history.

Reading is something that you will be doing a great deal of with this game. There is a lot of dialogue, and while the visuals themselves range from functional to gorgeous depending on how closely you’ve zoomed that camera in, at the end of the day, just about everything except from combat boils down to menus and text boxes. 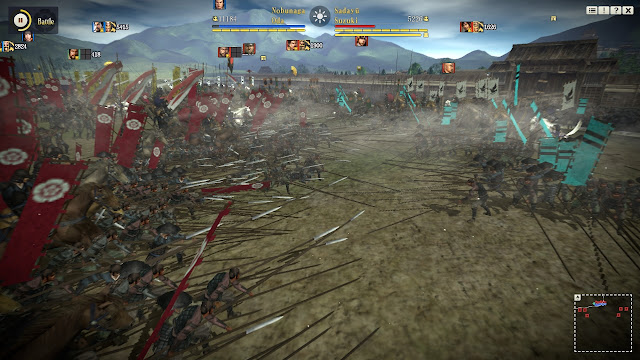 But I’m okay with that. My only minor quibble with this title on the PlayStation 4 has less to do with the console and more to do with the television distance in my den. Generally when we use a computer, we sit closer to the screen, so the text is easier on the eyes when you are a foot and a half from your monitor as opposed to sitting about six of seven feet away. There is an option enlarge icons and text some, and it helps, but further options to customise the user interface would have been appreciated. Either way, it was not a big deal, but something that I thought was worth mentioning since anyone playing it on this platform will be staring at a screen and not a monitor for hours at a time.

Related reading: People with a Nintendo Wii U should also consider Romance of the Three Kingdoms, as a SNES Virtual Console title.

Otherwise the game works on console better than you might expect for such an epic title. The menus are quite responsive to the controllers, and you can use the analogue sticks or the touch pad on the PlayStation 4 controller to move things around as though you are using a mouse. While there is lots of navigation and selecting of items, the keyboard was not missed at all in my opinion. About the only real difference from my time spent with the preview on PC and the final release on the PlayStation 4 is that you could not import your own photos or images in to customise your created generals.

There have been only a few strategy games on consoles in recent years, and none have had the depth conveyed by Nobunaga’s Ambition: Sphere of Influence. The unique historical setting only further cements this title as one of my favourite on the PlayStation 4 to date.