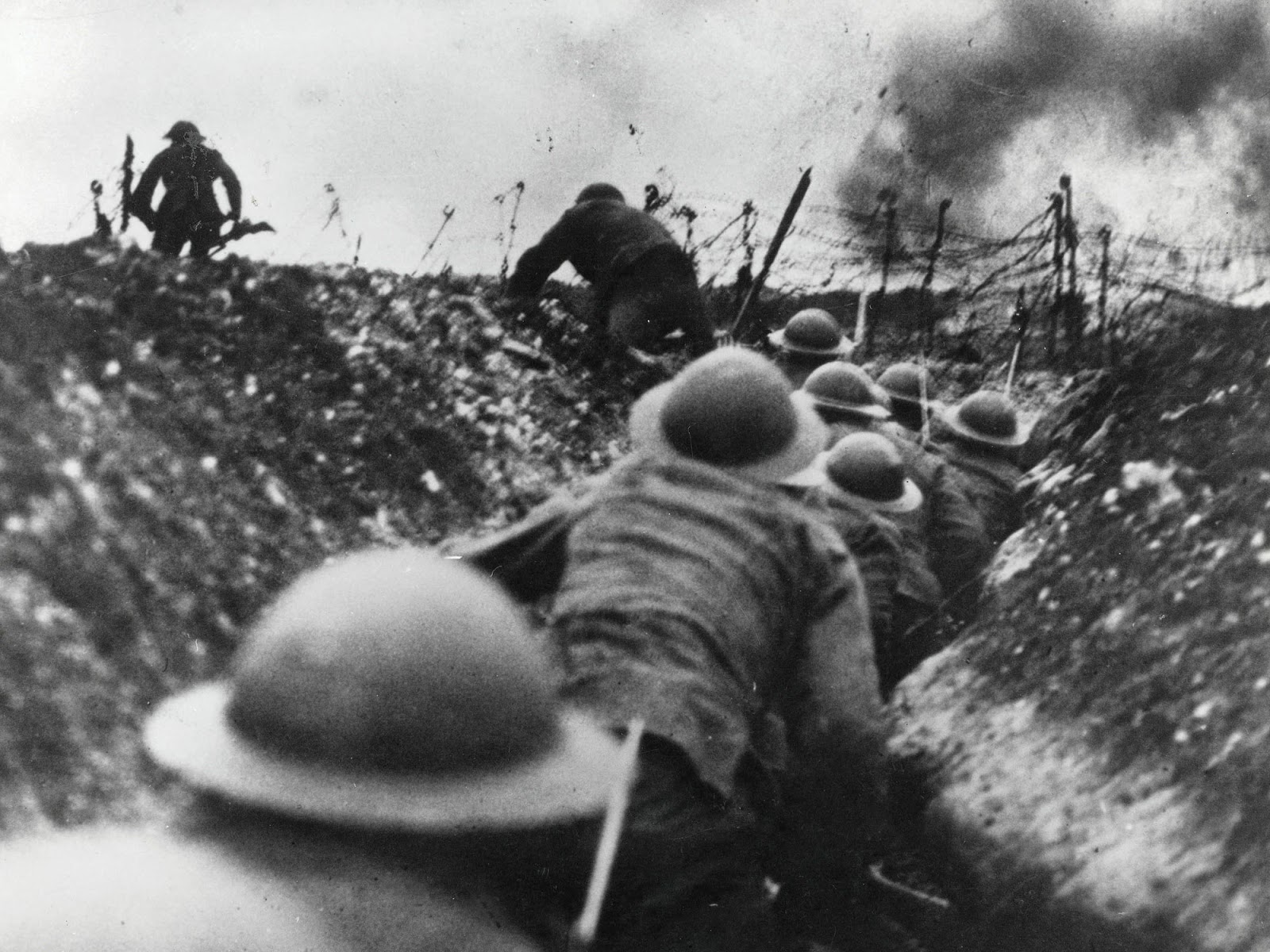 It was 100 years ago now when the first of two global conflicts would erupt and fundamentally change the future of humanity. A war that was directly responsible for its even more tragic successor, and a war that in many ways we’re still paying for today. I am of course talking about the First World War.

This was a war that erupted when a unpopular prince was assassinated, and encouraged the then Austria-Hungary European power to declare war on the war-weary Serbia. A complex series of political and military alliances later and Europe was divided into two, with very few neutral parties; Germany, Austria-Hungary and allies such as the Ottoman Empire on the one side, England, France, Italy, Russia and later on America on the other.

At the time these nations all held colonies on other continents in the world, and these colonies were pulled into the war. Japan and America came into bat for the allies for very different reasons (the same reasons that would see the two fight the Pacific conflict in World War 2). The war produced fascinating stories of heroes, such that of T.E Lawrence, or Lawrence of Arabia. It also produced some of the bloodiest fighting the world had ever seen, with literally hundreds of thousands of lives lost in order to progress the front a couple of feet. It was a time when aerial warfare started to play a role in battle, and nations realised the importance of technological advancement and industry in times such a this. 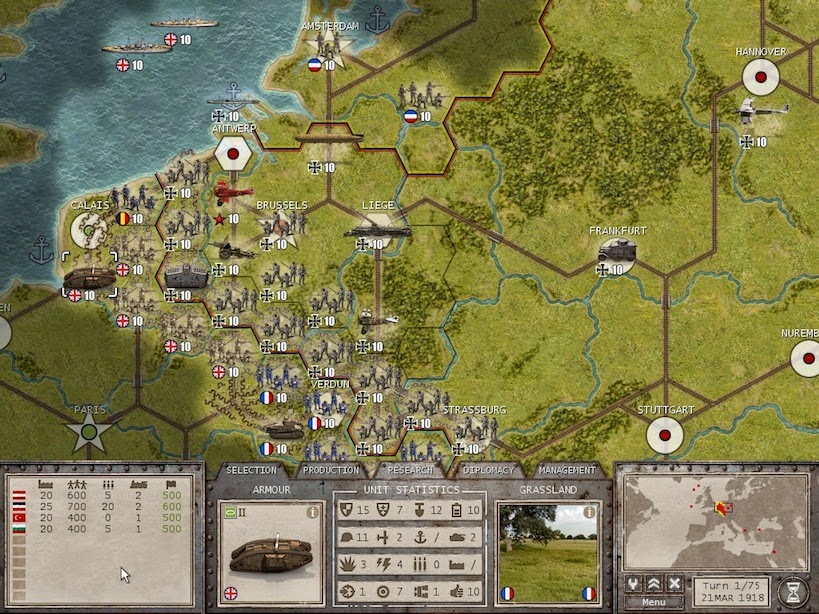 War is never as heroic as the propaganda continues to try to convince us of, and we’ve already seen games this year that have offered us a look at the human and emotional toll of World War 1. But war is also fascinating because military strategy is interesting from an academic point of view, and that’s where Commander: The Great War comes in.

As a grand strategy game this game is not about pumping out units and overwhelming the opponent with fast attacks. It’s a methodical, turn based, almost board game-like strategy experience which aims to faithfully recreate the general flow and historical environment that the real event experienced. While it’s possible to turn the tides of history and have the central powers win the war through clever strategic play, Commander is very different to, say, Europa Universalis IV in that your ability to affect history beyond the way the military engagements themselves play out – there’s no way to convince Germany to fight on the other side, for instance.

Instead, you’ll find yourself looking at the start of a game looking at a realistic breakdown of the forces and political situation that faced the various generals of 1914, and the objectives will be much the same – there’s no Civilization-style cultural victory here. As leader, you’ll need to move units around the map and engage with enemies to capture key strategic points. Capital cities provide the resources to power the war machine, ammunition is limited to your side’s industrial output, morale and training are ever-present factors. And, because this is World War 1, there are trenches everywhere and they provide a whopping advantage to the defending side. 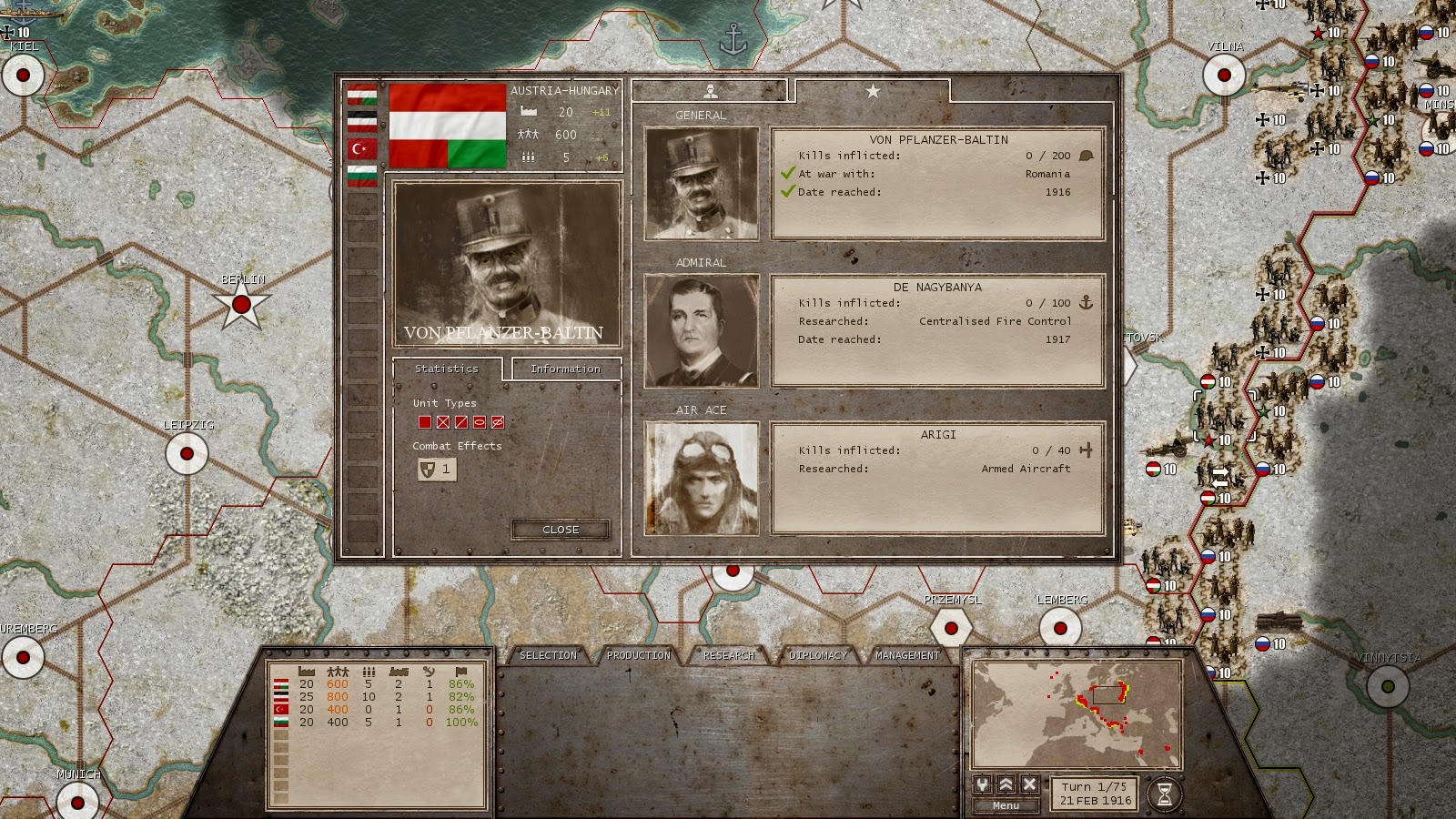 What’s fascinating about Commander is how accurately it recreates the strategic environment of the period, too. When you’re looking down at your map, you’ll realise just why the British felt it worthwhile to throw away all those Australian and New Zealand lives to make it up the hill at Gallipoli; there are key objectives sitting up there. You’ll realise why it was so important for the allies to secure the assistance of the Arabian peoples. You’ll realise why it was at times such a strategically difficult war to fight that the enormous waste of bombarding an area with artillery and then telling soldiers to climb out of the trenches and run at the guys in the hopes that the enemy had been frightened off was, in fact, the only strategy that could have worked.

And that’s the sign of a good wargame; one that in the background teaches players about the war that they’re “playing.” The Lordz Game Studios and its publisher, Slitherine, are world renowned for the depth of research that goes into making historically authentic games, and that comes out in spades in Commander.

The iPad doesn’t have all that many grand strategy games on it, but after playing Commander I’m not sure why. The interface is comfortably laid out and despite the complexity in AI routines and the like, the engine seems to handle everything well enough. You need to be a certain person to find hexagon grids and static units aesthetically appealing, as they tend to represent battle maps and playing pieces more than some kind of grand artistic vision, but the everything is drawn with clarity in Commander, allowing for players to instantly digest an awful lot of information about the relative strength of their battle lines without wading through endless menus. 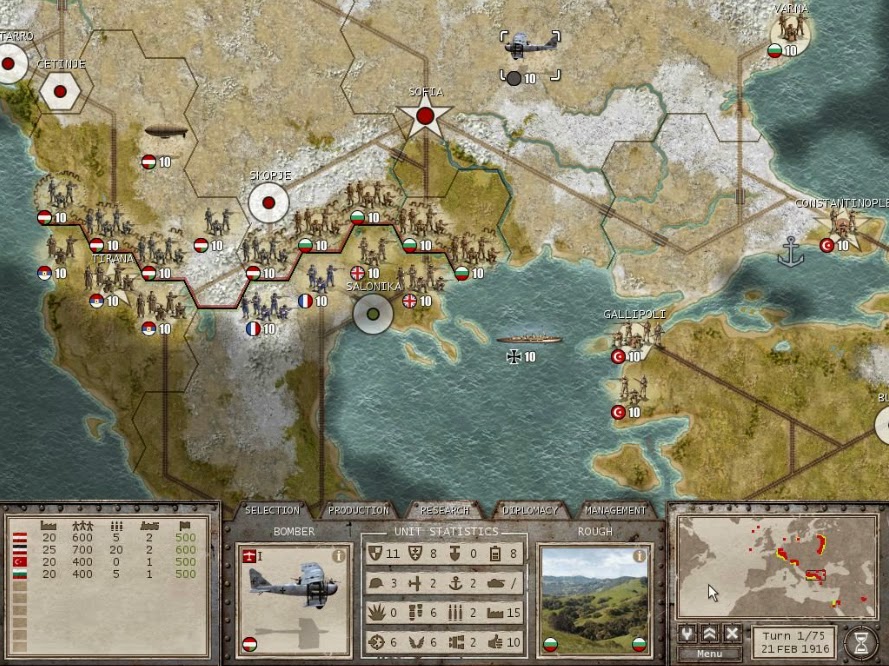 This is the kind of game you want to have on your iPad. It’s perfect for sitting down at the pub with on a lazy afternoon and plowing through a few in-game months of strategy while chugging through a beer or ten. It gets even better if you can also jump online and patch strategic wits with another human armchair general.

Then again, I don’t recommend making too many critical strategic decisions by the time you’ve reached that 10th beer. You might feel like you’ve come up with a foolproof strategy that every World War 1 general somehow missed, but I can promise you that your little virtual armies will hate you for it.

Trailer: The bikini-clad zombie killers are back on the PlayStation 4… and it doesn’t look so bad