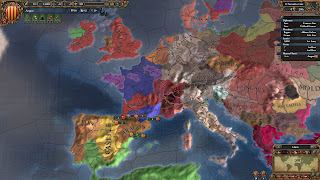 For the past week my sleep has been badly affected. In fact, for the first time since I was at university and in the habit of putting off writing essays that I had three months to do for the night before they were due, I have found myself going completely without sleep.

For the first time since Civilization 2, I actually lost so much time playing this game that the sun came up, and I hadn’t realised that it actually set the day before.

Europa Universalis IV is Paradox Development Studio’s most refined, rich and creative game to date. It’s also the most balanced and deep strategy game ever designed. Everything about this game is meticulous, from the political to military and economic systems that all closely model how they worked historically. The nations of the period have been researched to a degree beyond what we’ve ever seen in a game. Before even getting into discussing the game itself, Europa Universalis is essential for students of history because there’s stuff you can learn from playing this game, such as how the despotic monarchies of the Middle Ages handled the spread of Islam and precisely why the European nations felt the need to expand into Africa, the Americas and eventually Australia. 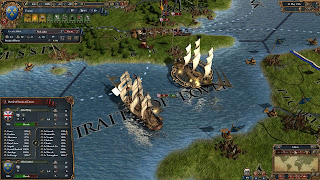 Real historical events and national motivations are impressively modelled. Playing a campaign as Spain, and then as the UK will result in a very different experience because historically these nations operated differently, and getting into the exotic nations like Japan, Brunei and the Incas provides a real well of depth with regards to play types. Setting yourself the most insane goals, such as a unified Africa, feel almost impossible, but that’s because because as history has shown it IS nearly impossible. This game features no difficulty settings because difficulty is determined by the nation you take over, rather than some arbitrary neutering of the AI, and because the range of experiences changes from one campaign to the next so dramatically, achieving everything that Europa Universalis IV can offer will take years of real dedication.

It would be impossible for me to describe precisely what a player does in this game without going to such depths that it would intimidate people away from the game, so the crib note version instead: In Europa Universalis players need to take command of one nation from the middle ages and manage its political, economic and military fate. It plays out in real time, but time moves so slowly that it’s still possible to come to grips with the menus within menus and global conflicts that can erupt all too easily. There’s a constant balance that needs to be struck between expansion and consolidation; be too aggressive and you’ll find yourself invaded by all your neighbours as guerrillas and freedom fighters band together within your borders. So this is a game that rewards deep strategic thinking and if you want to claim a specific territory as your own, you’re going to need to earn it. Time and time again through real history we’ve seen empires rise and fall, and Europa Universalis IV models this to near perfection. In fact, creating an empire that can last the ages is a painfully difficult challenge, and I personally didn’t mind so much that I failed far more often than I succeeded in even coming close to that goal. It’s all part of the learning curve. 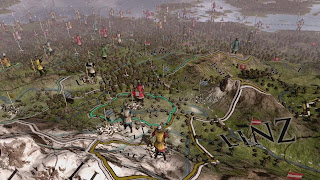 In terms of politics players need to handle the relationship between leadership and the population, as well as religion, foreign relationships, and even ensuring there’s a strong claim to succession so that another country doesn’t swoop in and take over once the reigning ruler passes on. In terms of economics there are a number of administrative and physical resources to balance out, and the rule of thumb is that between city management, army recruitment and technology advancement there is way too many things to invest in for what the resources allow. Foreign trade can be a difficult thing to deal with as well, with your income largely dependent on dominating a large portion of the international trade in your regions. In terms of military players in the event of an invasion you’ll need to manage a degrading relationship with nearby nations due to aggressive action, while planning attacks to take into account winter months and morale.

It’s a complex game – far too complex to simply jump into and learn the ropes on the fly, and in previous Paradox games the main complaint that could be levelled at this series, and others such as Crusader Kings, has been the obscurity of the menu systems and weak tutorials. Both these issues have been resolved in Europa Universalis IV. There’s still an overload of information, but a clear, precise layout and helpful pop-up hints will keep you in the game as you learn where everything is and how everything works. Meanwhile, a tutorial that takes around an hour to run through explains with crystal clarity how the game’s major systems work. Paradox games might never be mainstream, but certainly this one is its most accessible work to date. 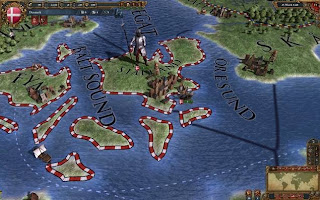 The presentation of Europa Universalis IV is divine and really helps to give players a reason to come back to a game that is, realistically, a lot of spreadsheets sitting on top of one another. Each region of the world is perfectly recreated and little touches such as the ethnic colouring of the soldiers as well as their military dress help to give playing a game as Japan a different atmosphere to playing as an African nation. The music is also divine.

Where Civilization could be considered a “gateway drug” to the grand strategy genre, Europa Universalis IV is the extreme example of it in execution. While the tutorial means that this is a game that is easy to understand (finally!), it’s still a very steep learning curve to master.

Once you have, you can probably put “won Europa Universalis IV playing as Saxony” on your resume and take up a political career. Because if you can achieve that you’ve clearly better suited for a Prime Minister’s job than the people we need to deal with right now.

Minecraft as narrative; one of the great misunderstandings in gaming