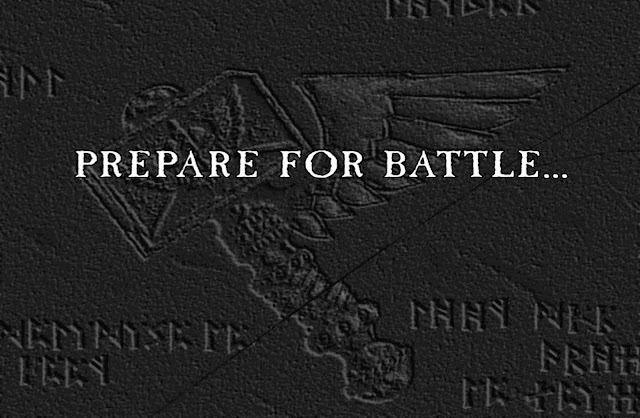 I’ve raved a lot about my love for Warhammer: Shadow of the Horned Rat already. I have listed it as one of my favourite games of all time, and I spent many, many, many hours as a kid playing it over and over again.

But all of that love I had for the game was based on nostalgia, and nothing more. It has been a very long time since I have had a PC that would happily run Windows 95 games. I had thought that Warhammer would be relegated to my memory as a beloved classic I can no longer experience, along with the likes of SSI’s classic Dungeons & Dragons DOS games, and Civilization 2.

But then GOG announced that it had emulated the game and brought it back in a format that could run on modern PCs. I immediately bought the game. I had to. But then I almost didn’t play it. Why? Because nostalgia is a dangerous beast. For all my fond memories of Shadow of the Horned Rat I now had very high expectations in playing it again. And, if the memories and the experience of playing it now don’t match up (as is very often the case with old games), I would be crushed. 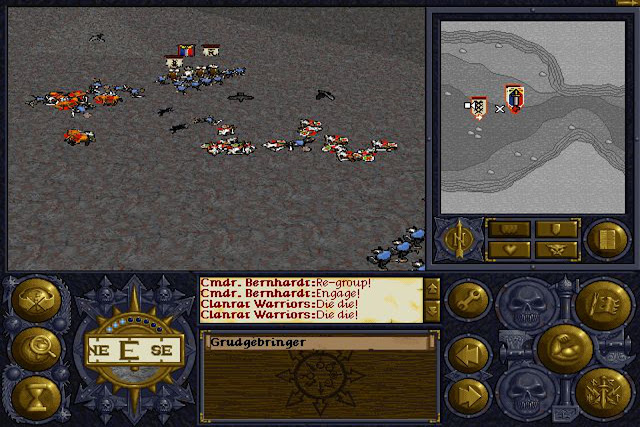 But I’m glad I did play it after all, because it’s everything I remember, and life doesn’t get better than that.

In Warhammer: Shadow of the Horned Rat you are in control of a mercenary army, split up into small units of fighters. At the start, you’ll command a unit of infantry and one of cavalry, but as you take on missions and visit new places that force will grow as new units come to join your army. Archers, cannons, sorcerers and dwarves will all join up so that, by the end, you’re controlling an ecclectic band of the weird and wonderful, as they clash with an enemy force that threatens all that is good in the world (as an old game the narrative is pretty simple and straightforward, to say the least).

These units move around as a unit, meaning that in the larger battles you’ll be commanding a dozen or so different things at once across the battlefield. But there is so much micro-management to consider. As units kill enemy soldiers, they accumulate experience, and the more experience they have the more powerful they become in combat. Some battlefields have magic items that can be picked up by a unit, which the leader will then wield and will grant the unit combat bonuses. 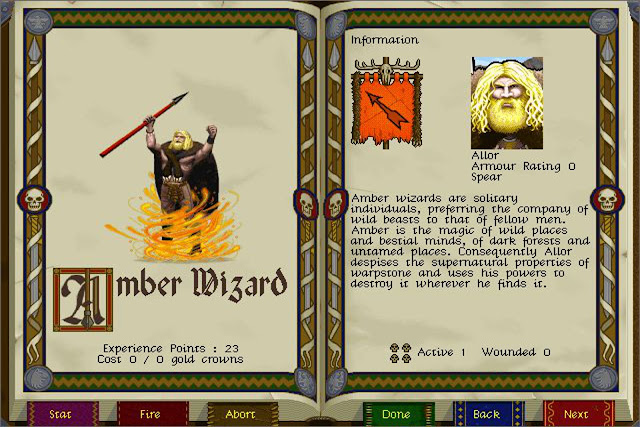 There’s also a financial management side of things, because each unit costs money to field, and as soldiers fall in combat, they need to be replaced, or injured soldiers need time to heal. Each mission (contract) provides a certain amount of money in payment, and so you’ll need to carefully balance out which units you field to ensure that you’re not spending more money then you’re taking, and you’re not stuck fielding units that are not at their full strength.

On top of all of that, Shadow of the Horned Rat is incredibly difficult. Painfully difficult, at times. At a number of points through the game, you’ll have options about which mission to take, but to date there are missions (usually the ones that offer greater rewards, as an indication of relative challenge level) that I have never, not once, managed to complete. I can only assume that something happens once you manage to finish those missions, but I sincerely doubt that I will ever see those pockets of code for myself.

It is because it is so difficult, and because I need to put so much attention into the construction of my armies, that I care so much about my units. Just like with the Fire Emblem series I have my favourite characters (or in this case, units), and each time I play Shadows of the Horned Rat I find myself carefully nurturing those units to earn them the maximium experience possible so they can form a rock-solid core of my strategy. 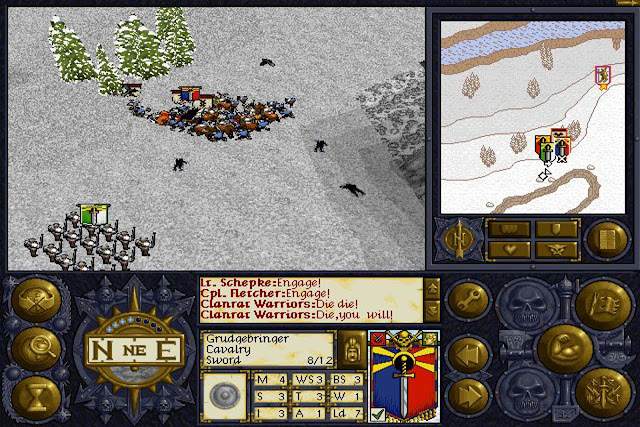 And there are a lot of different strategies that you can take into Shadow of the Horned Rat. You can focus on ranged attacks if you would like, with plenty of magic users, cannons, mortars and archers to facilitate that. Alternatively you could go for heavy armour and solid shield walls. If you’re feeling really brave you can focus on the glass cannon lightly armoured units that either move fast or hit hard. In the way that it enabled a wide range of strategies and tactics, Warhammer: Shadow of the Horned Rat was well ahead of its time, and indeed, in terms of depth, it actually holds up incredibly well today.

It’s not much to look at now, but that really is a minor complaint. Units still look distinctive to one another, and the actual battlefield design is great. Watching a dozen or so units clashing across the battlefield remains a visceral experience, even if you need to use your imagination to fill in some of the visual blanks.

Related reading: Another Warhammer game worth grabbing is Warhammer Quest on the iPad.

But, again, the raw strategy of this game is so rich that, all these years later, I still feel like I can boot the game up and experiment with it. I was worried going in that nostalgia was giving me rose-tinted glasses about the whole thing but, no, after finally getting the opportunity to play it again, Warhammer: Shadow of the Horned Rat remains one of my top ten games of all time.