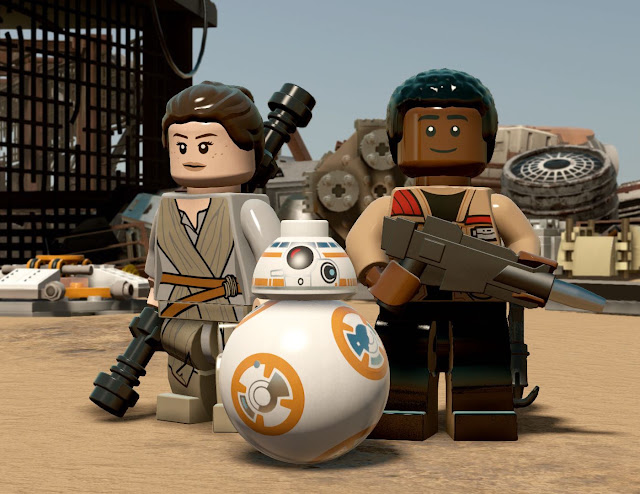 The various LEGO games have been consistently good, if not great, but the last few releases have left me wondering if the formula is perhaps getting too long in the tooth to surprise and delight any longer. I am happy to say that after lots of time spent playing and reflecting on the adventures, LEGO Star Wars: The Force Awakens delivers a satisfying experience.

First and foremost, it is easy to appreciate the little things such as the quality animation and amusing LEGO characters and set pieces. More than that, the familiar music and voice acting talents of the characters from the movie really allow Force Awakens to resonate with fans of the movie. I remember playing the earliest of LEGO titles – including Star Wars. They were mute affairs that delivered on sight gags to carry the development team’s sense of humour. It worked, but over time the series knew it had to progress and voice actors were added.

While most of the voice actors did well with the source material, there was sometimes a disconnect between the characters on the screen when playing the video game and fans of the related movies because the roles were handled by different people. Having the likes of Daisy Ridley and Harrison Ford delivering the lines of Rey and Han Solo absolutely make a difference. This is even more accentuated by the familiar score that accompanies the game. 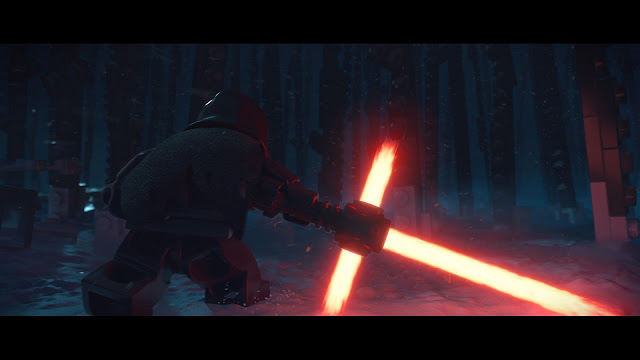 As expected, Force Awakens the game follows the plot of the movie. Well, mostly. While the major notes are struck along the way, the development team at TT Games also took ample opportunity to flex their own creative muscles while showing off their funny bones at the same time. BB-8 being used in small games of basketball and soccer? Check. But more than this, the team did a great job in implementing some new story bits as well in the form of extra chapters that are unlocked via collection of the gold bricks you can find in levels. These stages help to fill in the gaps from before the movie. Want to see how Chewy and Han went about capturing those rathars we see midway through the movie? I sure hope so, because you get to actually get to play it out and capture them. Wondering why C3-P0 had a red arm? It was explained outside of the movie (in a book or comic, I can’t recall which off of the top of my head) – but it gets touched on here as well.

These bonus stages are pretty beefy – maybe not quite as large as most of the core levels found in the game, but they help to make this a surprisingly decent sized game when everything is said and done. Considering there have been prior LEGO games that carry the plot of multiple movies, I was concerned that Force Awakens would feel light by comparison, but there is plenty of content here for those of us who adore these types of games.

While it’s great seeing the production quality and the duration of the game taken seriously, there are a few new tweaks to the existing formula that I appreciated as well. You still find piles of blocks and build things out with them, but instead of just holding down a button and getting the same thing each and every time, you have options to build different items. Sure, it’s pretty cosmetic and still delivers the same basic item – but the different flavours remind us in part what make LEGOs so enchanting to kids both big and small: the ability to create. Given the way that these are used in a lot of the game’s puzzles, this allowed the development team to be a bit more creative in their puzzle design. 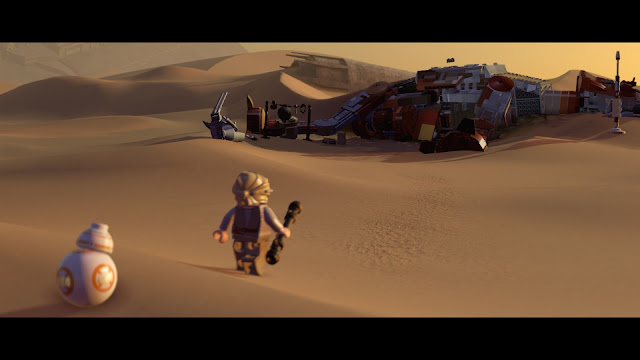 This is one of those new mechanics that is great in theory and absolutely fits with the soul of the franchise, but still does have a few rough edges. I enjoyed the multiple ways you could build things out (they are still pre-formed essentially), but some of the puzzles were more obtuse than others (as is often the case with these games) and the possibility that what you are building is not the right solution does frustrate a handful of times. By and large the new system works pretty well, but there are a couple of puzzles that left me slightly exasperated, if only for brief periods of time.

Another enjoyable new mechanic is the way cover-based combat is used. These fire fights are not overly used, but they happen often enough to add some nice variety to the game. This combined with some of the flying combat sequences helped to break up the game’s pacing in a way that previous LEGO games sometimes lacked, and Force Awakens is better for these chances having been taken. I will say of the two, I preferred the aerial combat more. The controls are slightly crisper, with better aiming and control. The cover based scenes work well, even if the actual gunplay is rough around the edges.

Of course for those who want to spend time in hub levels or collect loads of bricks, unlock characters and go back through stages to replay them and find new items with characters you did not have available the first time around, LEGO Star Wars: The Force Awakens has your back. For someone like me who gladly spends buckets of time trying to collect and unlock items, there is a lot here to keep you coming back. 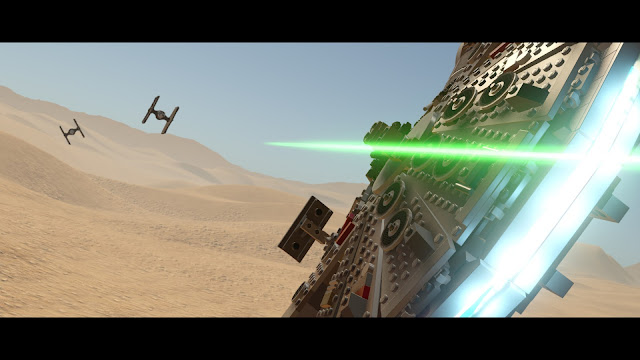 In the end, LEGO Star Wars: The Force Awakens is not a perfect game, but it is a very, very good one that does something the series has needed to do for quite some time: innovate. And that’s difficult to do when both the source material, and the developer’s own formula, are so popular and entrenched. The title stays true to its roots, finding plenty of humour and blending it with shooting and platforming mechanics made all the cuter through the fusion of LEGO toys and one of the most popular movie franchises in history. The small risks taken are welcome ones, and while there is still some room for improvement there, they take the LEGO series into a new direction that is better than the path it had been on over the last several releases.

FromSoftware, before Dark Souls, made forgotten gems like Lost Kingdoms and its sequel