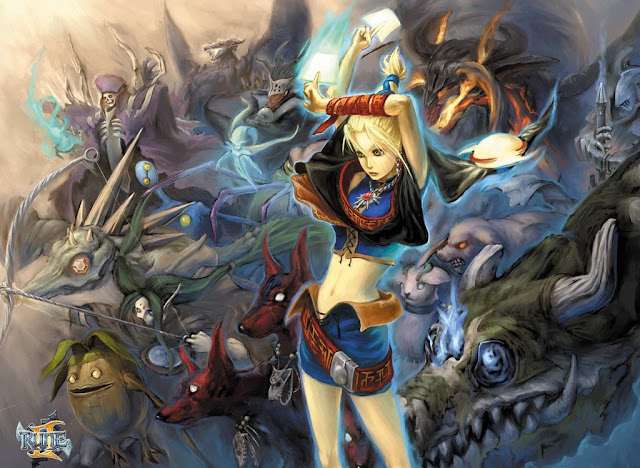 FromSoftware did not spring into existence with Dark Souls. No, Demon’s Souls wasn’t even its first game. Not many people were, perhaps, as familiar with FromSoftware prior to hitting the big time with those gothic nightmares, but in actuality, the developer was already a favourite with a niche audience, producing critically-panned cult favourites. Games such as King’s Field and Armored Core. Games that I would argue would find new resonance now that people are attuned to the way FromSoftware make games.

Today I would like to hone in on one particular FromSoftware property, and one that has been all-but forgotten at that. Do you remember the Lost Kingdoms franchise? Probably not, right? To play either of the games produced in that franchise you needed to own a Gamecube, for a start, and then you needed to be aware that these games existed. They weren’t exactly the most publicised games through the media, and were released in very limited quantities indeed; I remember never seeing the second new on shelves, and was only able to get a copy of that second hand.

Related reading: King’s Field is FromSoftware’s other awesome classic pre-Souls series. Matt looks back at that one here.

But, if you had discovered those games, boy were you in for a good time. To this day I wish FromSoftware would dust of the franchise and give it another go, because I do think it would still resonate today. 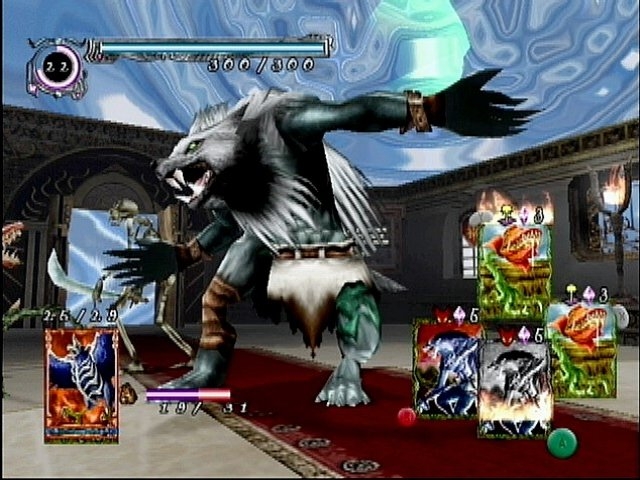 In Lost Kingdoms, you played as a woman (both times) who has the ability to use a deck of cards to summon creatures to do her bidding. These carries with her into battle those cards, and then, in real time, runs around avoiding enemy attacks while strategically placing down monsters to occupy the enemy. Like Pokemon, she powers up her deck by capturing weakened enemies in the field, and each monster would gain experience levels through fighting, becoming more powerful in the process.

This card battling mechanic was really quite deep. Each monster had specific uses in battle – some would tank, others would fight from range, and still others would speed around or buff up other allies. You could carry summon just four cards at a time, with each monster staying on the battlefield until a timer ran out, or they took enough damage, at which point their card would be discarded and a new one dealt into the woman’s “hand.” So you needed to be quite strategic in building a deck to have a good mix of monsters that could handle any situation. There were plenty of different tactics that you could take into battle, which is just as well, because both games held true to FromSoftware’s love of being difficult.

I would spend a great deal of time playing both of these games, in the end, and for a couple of reasons. On a superficial level, I was hooked in to the fantasy worlds that they offered. There wasn’t a great deal of explicit storytelling in either Lost Kingdoms game, but the world itself was nuanced and fascinating, and the level design was intricate enough to give you a sense of world as you were wandering through each area. Sounds familiar, right?

(Note: this video was not recorded by the DDNet team)

Thematically, the Lost Kingdoms games also stuck to the downbeat heartbeat that drives so many of FromSoftware’s games. There’s a hostility about each space – even those that look like they should be serene, that speaks to FromSoftware’s love of the gothic; the clash between natural and unnatural forces at play in these games is palpable and intense. There’s a fog that is slowly consuming the world, and people keep adventuring into it, only to never be seen the same. Anyone who has played Dungeons & Dragons will know that this is a riff on the gothic horror Ravenloft setting, and while Lost Kingdoms isn’t horrific by any means, it does maintain that heritage of dark themes and symbolism.

The monster design was a real highlight, too, with that same fascination for the grotesque that we have seen in other FromSoftware games since, which again speaks to the gothic undertones. That your character is bonding the same monsters that she’s fighting is itself a dark theme that doesn’t put the same extreme distance between hero and villain that we see in many other games. The narrative doesn’t deal with these themes on any significant level, but it makes for a fascinating design choice.

Lost Kingdoms is also a game that not many other developers have tried to emulate, for whatever reason. One of the things I did like about Nights of Azure is that the monster summoning system there worked out a little like the battle system in Lost Kingdoms, only that it replaced the deck of cards and strategic deck building with a more action-orientated system that didn’t leave the hero so weak by herself. 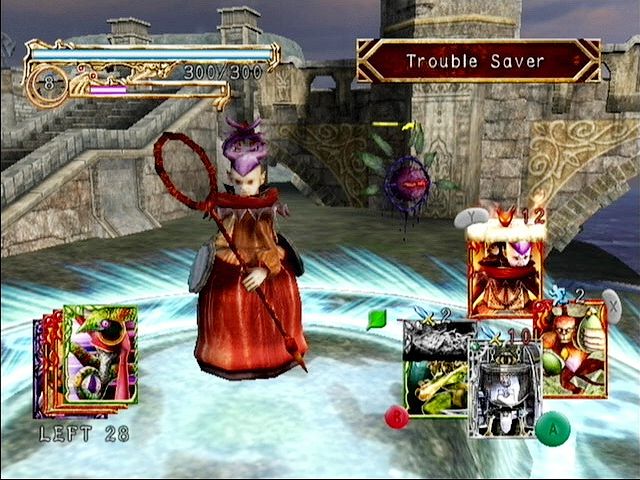 It’s also an unfortunate reality that were a developer to make a Lost Kingdoms-like game today, they would build it as a free-to-play game. The temptation with that deck of cards to make monsters acquired through the free-to-play lottery systems would simply be too great. That’s not to say the game couldn’t work as a free-to-play title, just that it would lose some of its highly honed balance as a result, and that would be painful to the game’s atmosphere.

Looking back at the game now, it’s a bit of a mess; I haven’t seen it for years, but looking back at footage and screenshots now, it’s truly ugly at times, with chaotic, splotchy textures and low grade polygonal models. But I never remembered that side of the game.

And, on that basis alone, this is very much a FromSoftware game. It’s likely the series is dead, but who knows, perhaps we can get a “spiritual sequel,” to it, as the Souls games were spiritual sequels to the King’s Field series.