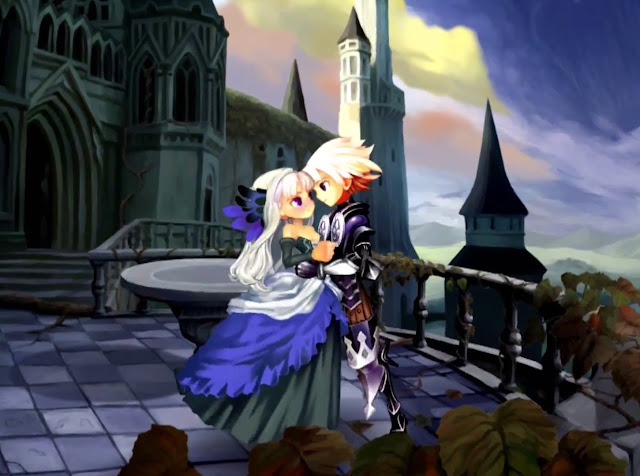 Vanillaware has a well-earned reputation for making some very pretty and memorable games. I still recall when Odin Sphere first arrived on the PlayStation 2 almost nine years ago. If this was simply a matter of bringing that game to modern consoles with touched-up visuals, I suspect fans would be happy. Instead, I believe most fans are going to be thrilled because this update does more than just make the framerate better and add some additional colours to the screen.

The visuals have been improved on, though. The art style used in the original game is timeless, and you could pop the game into your PlayStation 2 today and still be wowed by the beauty and vibrant colours. Where it faltered a little was on the technical level, which this remake addresses beautifully; the newer hardware is leveraged well in smoothing out a framerate that was notorious for dipping during boss battles in the original Odin Sphere.

While the crisp visuals and the beautiful music (and make no mistake, this game has an incredible soundtrack) are nice cherries on top, the core game beneath all of the aesthetics helps to make this an even better experience than the original game as well. Players might be more familiar with the more recent Muramasa: The Demon Blade, which is certainly a very good, worthy game in its own right, but I always came away from my sessions with that game feeling as though it was entertaining in its fluidity, but lacking in depth. Odin Sphere Leifthrasir seems to have taken the best learning from both the original Odin Sphere, and Muramasa, and build on them, to offer considerably more depth. 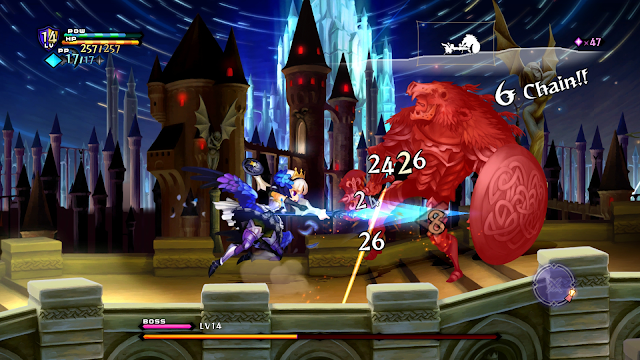 Take the alchemy system for example. Taking the original system that allowed your characters to brew concoctions that restore health or provide status bonuses, you can now combine items with these potions to create all new recipes or merge them with items to enhance the effects. This new system gives the player an incentive to experiment and find combinations that bring out the best in their style of play, and it demonstrates how this is more than just a pretty coat of paint slapped onto a PlayStation 2 classic.

At the heart of this game are some pretty memorable characters and a story that really tugged at my imagination. Similar to the children’s classic film, Neverending Story, Odin Sphere Leifthrasir begins with a child reading a book. We are introduced to a young girl named Alice who finds herself in a library filled with numerous large books, but one in particular catches her eye called Valkyrie. Picking up a book that is nearly half as large as her own small body, Alice begins to read a story that begins with one protagonist but later reveals others. Alice lives the adventures of Gwendolyn, Cornelius, Mercedes, Oswald and Velvet. Each character has their own motivations and stories that start as disparate threads that slowly become interwoven with one another.

It is interesting to walk one of these characters through his or own story, seeing how others touch it in their own way along the adventure. Sometimes the interactions are a near-miss, other times the characters may come into direct conflict with one another. One example is when two of the characters bump into one another in one story arc and fight with one another. Later on, you will revisit that battle from the other character’s perspective but you get to see the events that led up to and followed this conflict, and the narration does a brilliant job of giving each character their own character flaws and strengths while providing motivations that can easily fuel one of them while the other characters remain completely oblivious to what drives these other characters through the tale. While the moral relativism Odin Sphere espouses isn’t as strong as a theme as we’ve seen in games such as Fire Emblem Fates, it’s a strong, compelling side to the narrative nonetheless. Like the characters, it helps that the world of Erion is a vast place with very different lands that tie together throughout the story. Races such as humans and fairies occupy lands such as Ragnanival, a militaristic nation to the north ruled by a might demon lord named Odin. This is a far cry from the home of Mercedes, Ringord. Here they attempt to find peace by being apart from most of the world, a lush kingdom inside of a mammoth tree that is under the protection of the fairy people. These unique kingdoms share an uneasy peace with one another, looking for signs of weakness or hostility from their distrusted neighbours. With enough time and strain, any kind of truce is likely to crack and this one is already uneasy to its foundation.

Related reading: For an alternative, Abyss Odyssey, also published by Atlus and available on PlayStation 4, is another really good bet. Matt’s full review.

When the kingdom of Valentine is wiped out by a powerful artefact, it proves to be the spark that fans the flames of war between the different kingdoms. What the participants do not realise is they are playing roles in an ancient and nearly forgotten prophecy that should it carry out to its conclusion, could spell the end of the world. There’s a shade of commentary in there, as this setup mirrors the precarious state the world was in just prior to the first World War, and is edging closer to again today. That being said, what really helps propel Odin Sphere Leifthrasir from rote to memorable are the characters. Rarely do we see “save the world” narratives pulled off with this kind of style.

It is hard to believe that the original game is nearly a decade old now, but I appreciate that Odin Sphere Leifthrasir takes what was already a great game and refines multiple elements. There are additional bits of story, improved visuals, more complex systems and a smoother, more entertaining combat system that come together to make this an HD remake that stands head and shoulders above most of the ones we are given these days. If you were a fan of the original game, this one does enough to justify giving it another play through. If you missed Odin Sphere the first time around, then this is a great introduction that is also easy to recommend.