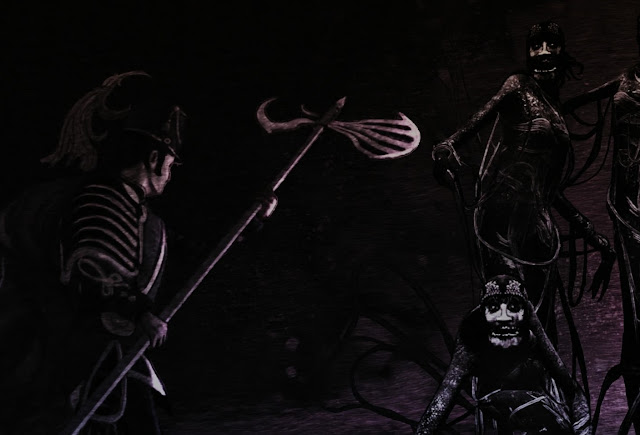 Every time I play Abyss Odyssey I respect it more and more. I respect it not just because it’s a fun game (though it certainly is), but it is also because I like and appreciate what it represents.

For Abyss Odyssey is a game by ACE Team, a Chilean developer, and it’s about South American mythology. And that makes it both different and fundamentally worthy. Unlike some other games from Latin America, such as Toren, Abyss Odyssey is not heavy-handed about its roots, but rather simply presents the unique creatures, aesthetics, and environments as though they were all just another action RPG. And yet, while it doesn’t have a narrative that explores the life, culture and philosophies of people from South America, the experience is nonetheless authentic to the region and the sensibilities of its people.

To me, this represents an important maturing that is occurring through the games industry at the moment. Too often games have been homogenised to fit with global values. An RPG might take monsters in a piecemeal fashion from every mythology across the globe. Character design might be so sanitised that it could come from anywhere. So when a game breaks away with this and has the confidence to be a cultural artifact in its own right, it deserves to be praised for it. That is the core of what makes Abyss Odyssey so interesting to play through. As I noted in my review of the PlayStation 3 release: 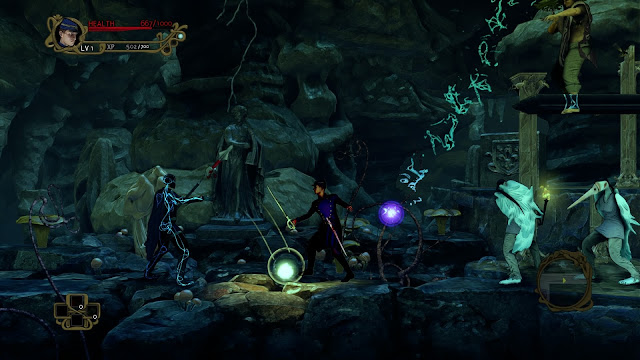 As a roguelike, Abyss Odyssey isn’t loaded with extended dialogue sequences. Rather, it tells a story through its design. Enemies include the Voladora and the Camahueto. South America’s fascination with skeletal demons is manifested through a peaceful guitarist that doles out traditional phrases of advice, and a violinist, Paganini (named after but in no other way resembling the historical Italian superstar) who is something I don’t want to spoil for people in this review. These beings, based on the concept of el Coco, have made their way into popular culture thanks to comic book icon Ghost Rider, but their presence and being is very different from that “hero” when present in the traditional folklore expressed in Abyss Odyssey.

This all holds true for the PlayStation 4 Extended Dream Edition, too, with some quality additions to the gameplay to help turn it into a full, rounded experience.

For one thing, this new version of the game looks much, much better. Characters have better definition and clarity, monsters more detail. Abyss Odyssey was always an understated, but attractive game, and this version takes things to the next level. The aesthetics of a rotting, hostile vision of hell from Latin America is exotic, at times surreal, and always intensely interesting. 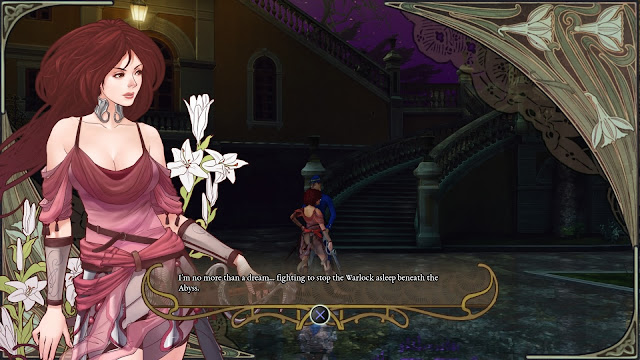 There’s a new difficulty mode in the Extended Dream Edition, which is actually a truly valuable and necessary addition. As a roguelike, Abyss Odyssey was always on the far too easy side of things, with a combat system that, once mastered, made it very easy to plough through even the toughest stuff on the way to the sadly meek boss. However, this new Nightmare difficulty gives the roguelike side of things some fangs. It’s still not as difficult as I would perhaps like (i.e. it isn’t Rogue Legacy), but at least now there’s enough of a challenge that Abyss Odyssey can call itself a roguelike with a straight face.

There’s a couple of neat little content bonuses, such as characters from other ACE Team franchises, and local and online multiplayer (which I couldn’t test out for the purposes of this review, having found no one online to play with). The latter was in the PC release of the original game, so it’s not really a “new” feature, but it’s nice to see on console nonetheless.

Finally, there are some new enemies and bosses to fight and some tweaked balancing issues to make the game a generally more refined experience. Otherwise, it’s the same game as its predecessor, and that’s hardly a bad thing. 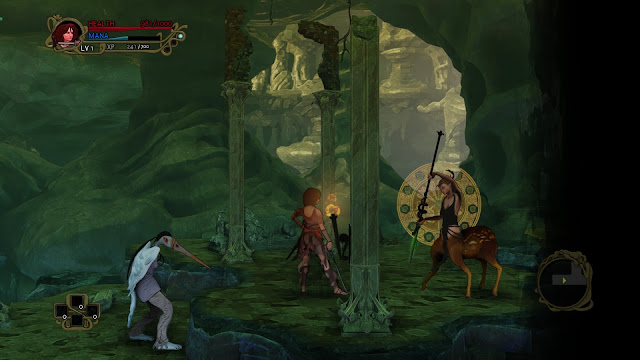 In Abyss Odyssey you choose from a couple of different fallen hero types, on a quest through an abyss to defeat a powerful wizard who has fallen into a nightmare and has subsequently conjured beings of evil into reality. Because the abyss is a fabrication of the wizard’s mind, they are randomised (hence the roguelike elements), meaning that each trip through hell will be different, but along the way you’ll encounter a wide range of fantastic beasts, demons, and other monstrosities to take on.

There are a couple of unique elements to the game. The combat system is quite complex for an action RPG, requiring players make good use of the block, dodge, and a handful of different attacks. The end effect is a combat system that behaves a little like we see in the more accessible fighting games like Smash Bros.: easy to get into, but rich and deep enough that there’s a definite learning curve, and it feels good to get good at it.

The other really neat, original feature is what happens when a character is knocked out by an enemy. In any other roguelike that would be an instant reset back to the start of the game, but here it means that your character is replaced by a very weak mortal. Then you’ve got a single goal – get to a special altar, which will allow you to resurrect the hero. If the mortal dies, though, then it’s back to the start you go. The odds are stacked way, way against the poor mortals, so this feature doesn’t actually make the game easier, per se, but I will never forget the time I managed to run into a boss in this form, somehow beat it, and then reached the altar to be able to continue on my quest. That there felt like a real achievement. 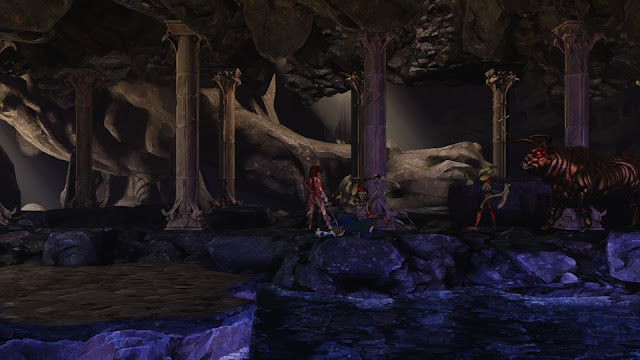 I don’t necessarily think that people who have already played Abyss Odyssey need to rush out and grab this re-release. It’s an improvement, but only a slight one in most ways. For people who haven’t played it, however, Abyss Odyssey is one of the more underrated games in recent memory, and for people who believe in the concept of world games, it’s essential.