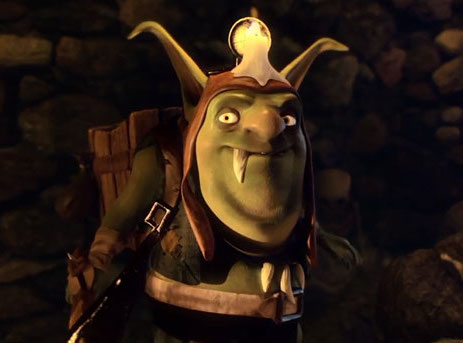 Ahhh, Dungeon Keeper. That venerable Bullfrog classic that, like with stablemates Magic Carpet and Theme Park, has faded into obscurity since EA took over Peter Molyneux’s groundbreaking company. If a Bullfrog IP hasn’t been simply left to die, its fate has been even worse, as it has likely been butchered in EA’s best attempt to ruin everyone’s fond memories of the series.

How EA could not see the value in doing a new, proper, and not free-to-play Dungeon Keeper is beyond me, but I digress. We’re not here to talk about the tragedy that is what happened to Bullfrog. We’re here to talk about Kalypso’s Dungeons 2, and Dungeons 2 is perhaps the closest that we’re ever going to get to those memories.

In Dungeons 2, you’re tasked with managing two different kinds of gameplay. Deep underneath the surface world, you play as a Sauron-like Very Bad God-thing, who sets out to carve out a dungeon for himself and his followers to spawn within and grow powerful. You’ll start off with a small handful of peons, which you’ll use to clear away passages, construct various rooms, and then work in those rooms to keep your dungeon supplied with gold, grog, and building materials. You’ll then be able to produce traps, which keep your dungeon safe from do-gooders, who will frequently invade, in the hope of stealing your loot, or simply trashing the place. 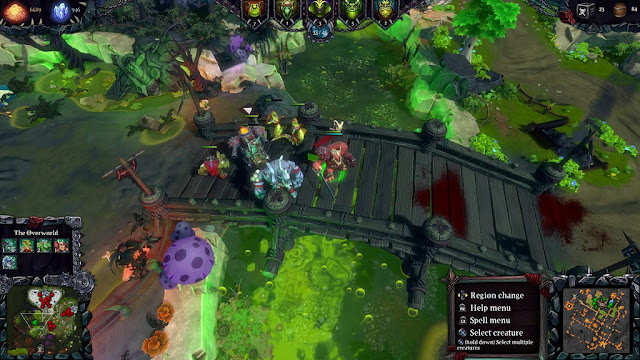 The other half of the game takes place on the surface, and this plays out like a RTS, where you’ll command the units spawned from the underground to move around, attack enemies and buildings, and slowly “capture” the environment. Different units have different special abilities, and you’ll never be commanding an overwhelming number of them, so you’ll need to make good use of those units to counter tough enemies and fortifications.

All of this is handled in real time, so you’ll quickly find yourself flicking between the overworld and the underworld to check on how your forces and dungeon are faring, and to put out proverbial fires as they spring up. That being said, the dungeon half of the experience is the far superior one. There is something deeply appealing about carefully constructing a labyrinth that contains enough traps and other nasties to protect it from hordes – hordes that often contain units with special abilities to counter your various defensive strategies – while at the same time building the rooms and units necessary to fuel the conquest of the surface.

After a while, Dungeons 2 becomes a cat-and-mouse game where you’ll come up with a set of defences that you’re convinced are rock solid, only for the AI to wind up countering it, and then you’ll come up with something different. Though managing both the underground and surface battlefields simultaneously can feel a little like busywork, there’s nonetheless a satisfying sense of escalation about the experience, which is good to keep you on your toes right up to the end game of any given map. 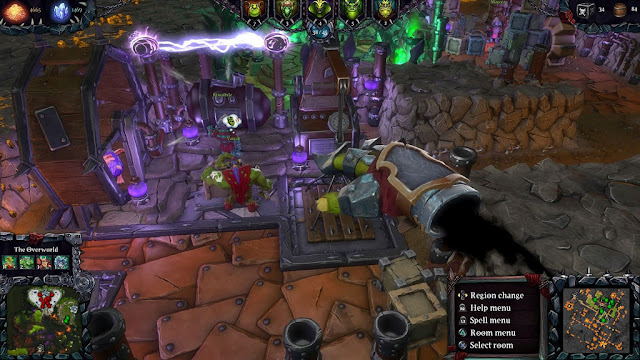 The busywork is managed to an extent by streamlining the collection and allocation of resources. In theory you’ll need to juggle the collection and expenditure of treasure, alcohol, and materials, but in practice almost all of this is handled for you, with the peons running around and doing the right thing based on the context at that moment. So, if an enemy triggers the treasure chest bomb and is blown to smithereens, one of the peons will put down its gold mining tools to go and repair the trap instead. Once he’s done, he’ll go back to the mining, and none of that needs any work on your part. Realistically there aren’t going to be too many occasions where you’ll run out of resources in managing your dank empire and hordes of uglies, but that’s probably for the best, considering everything else that you’ll be getting up to.

For that same reason, though, there’s a point where Dungeons 2 becomes a game that you play by rote. Once you’ve figured out the order with which to build things, the way to effectively place traps and units, and the most efficient mix of units to take to the surface, Dungeons 2 starts to falter both as strategy and simulation. The lack of multiplayer hurts the strategy side of things too, as the AI is far too predictable and stable to challenge any but the most basic of strategies, while the simulation side of things is more characterised by a waiting for room space to be cleared than a need to carefully weigh placement and layout. These aren’t necessarily criticisms, as the game clearly aims to be accessible, and it’s still joyful to watch the dungeon and army grow, it’s just that there isn’t that depth of experience that will sustain Dungeons 2 so that it’s something you’ll be playing years down the track.

What I do think is more objectively poor is the game’s attempt at humour. There’s a commentator that, at first, walks you through the standard “how to play” stuff, but as the game goes on he starts throwing in commentary that has nothing to do with learning the game, and there it becomes obvious that he’s there fore comic relief as well. The problem is that, for all the Monty Python-style British humour that the commentary aims for, it fails to land, almost universally. Dungeons 2 is a charming looking game, and the way characters move about gives them a lot of personality all in itself. This attempt to add additional humour into the mix falls flat, and is indeed detrimental to the game’s overall atmosphere. Suddenly the game goes from feeling gleefully cartoonish to outright juvenile. 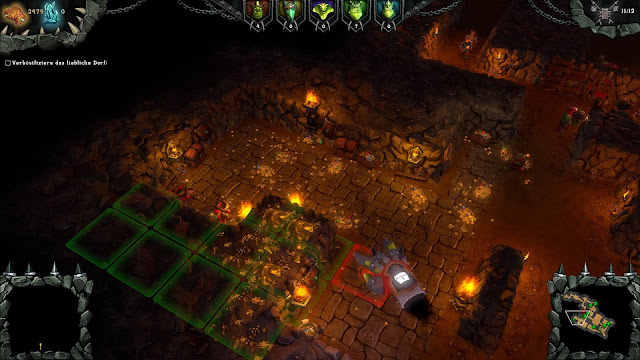 But the gameplay loop is truly satisfying. Realistically all I was going into Dungeons 2 with was the hope that I would get something vaguely reminiscent of Dungeon Keeper on my PlayStation 4, and I wasn’t disappointed there by any means. I can’t see myself pulling this one up quite as often as I do the other two Kalypso games I have on my PS4 – Tropico 5 and Grand Ages: Medieval, but by the same token I don’t regret my time spent with this in the slightest.