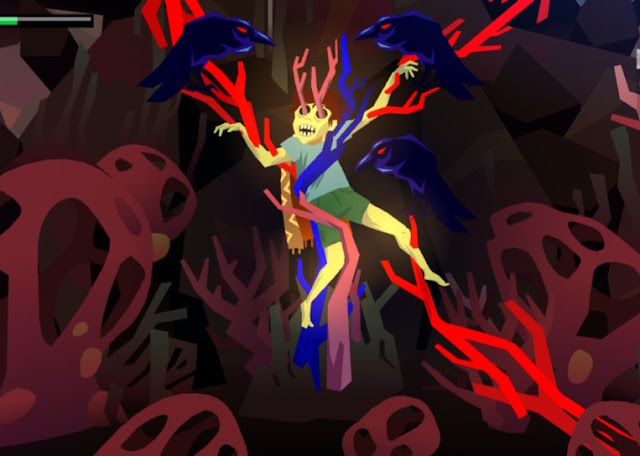 Recently, more and more games that were announced for release on PlayStation 4 and PlayStation Vita have been seeing the handheld versions delayed indefinitely or even cancelled. Luckily DrinkBox Studios bucked that trend, and has delivered one of the most unique handheld experiences ever, combining the best bits of multiple genres together. Severed is a dungeon crawler with gorgeous visuals and innovative touch based swipe gameplay for combat.

Before delving into the premise and narrative, DrinkBox needs to be praised for just how polished Severed is. I didn’t encounter any issues during my time with Severed and it is evident the quality of the developer that made the game in every step of the way. Severed has you playing as Sasha, a woman who had her arm (you know it) Severed. Sasha’s family has been taken away from her by a dragon, and she only has herself, and the help of a precious few with which to survive in the new situa-tion that she finds herself in. This nightmare world is split up into multiple dun-geons and don’t let the touch screen combat make you think this is some dumbed down game. It is hard, and rewarding, through its dungeon traps, puzzles, and more. You start off feeling like things are easy, but with each new floor in an area, newer enemies are introduced, more depth is added, and you will understand why Severed is so good.

There are no random encounters, something that most first person dungeon crawlers have, but instead encounters are indicated in the form of a white flame in front of you. Encounters with enemies range from a single enemy at a time to mul-tiple ones together later. When a new enemy type is introduced, you usually have a one on one encounter to learn how to fight it. Speaking of enemy types, I absolute-ly adore the enemy design and character design in Severed but more on that in a bit. 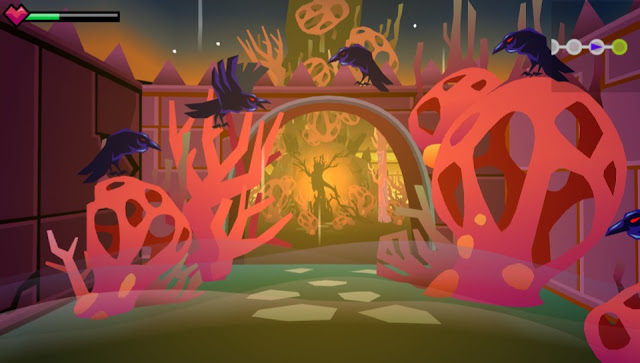 Combat in Severed is touch and swipe based. Each enemy has a weak point and you swipe across the screen to damage said enemy. The longer the swipe, the higher your damage output is. The real meat in Severed’s combat is when you face multiple enemies together. The bottom of the screen has an enemy icon represent-ing each enemy and a yellow circular progress bar around said icons. When the yellow bar fills up, that enemy attacks and you have to be ready to parry it or you take damage. As you land successive attacks, a focus bar fills up. When this bar is maxed out, you have the ability to sever the enemy. This is very important as it lets you gain body parts to use for upgrading yourself. Each enemy has its own body locations for swiping and you need to be super fast with this. Think of it as a super fast bullet time involving you accurately swiping particular locations on the screen within a minuscule window.

The actual dungeons are full of various tropes seen in dungeon crawlers, but has a particular fondness for locked doors that require you to make your way across lengthy patches of land to either unlock, or find a key with which to do so. There’s a day/night system in play too, with some doors only unlocking during the day and others during the night. Getting through these doors amount to a simple – but ultimately effective – series of puzzles to break up the action a little.

While the premise may seem simple where a young woman is trying to save her family in a new world, there’s a whole other story playing out through the game’s environments. DrinkBox’s art already proved itself in Guacamelee, but Severed is a true showcase of the studio’s talent. The use of colours to create menacing envi-ronments is amazing. There are also a lot of areas with dead ends that let you simp-ly gaze into the greatness of the world in Severed, and you won’t mind reaching those dead ends because you’ll want to marvel at what you can see. There’s not a lot of dialogue to the plot, so the narrative context of the game really does rely on you being spellbound by the environmental storytelling. Which you really should be. 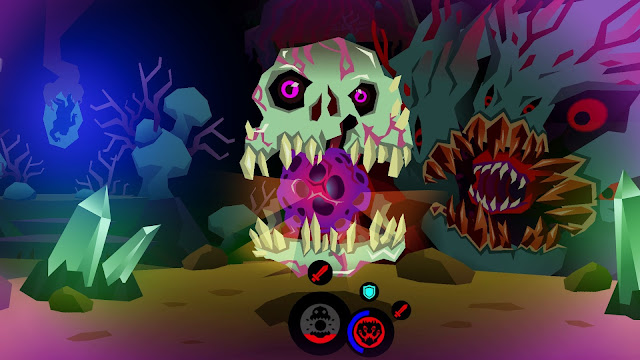 The atmosphere in Severed being immersive has a lot to do with the visual style. A first person dungeon crawler is always more immersive but DrinkBox really nailed it with animations that are simple but feel just right as you traverse through the forest, wilds, and more. Even animations during combat give you the feel of be-ing there with damage shaking you with blood red effects. The music in Severed, too, is exceptional. YAMANTAKA // SONIC TITAN have done a fantastic job with the music in each area, combat, and transition music as an important event is about to take place.

Related reading: And for a sexy (but visually stunning) dungeon crawler, you can’t miss Dungeon Travelers 2.

While most people have given up on this lovely handheld, I’m glad there are still some studios who are willing to take a chance on the Vita. Severed is a great game with a lot of depth that will have you thinking about it for a long time to come. On a console that is absolutely loaded with the dungeon crawler genre, it’s no mean feat that this one manages to stand out.