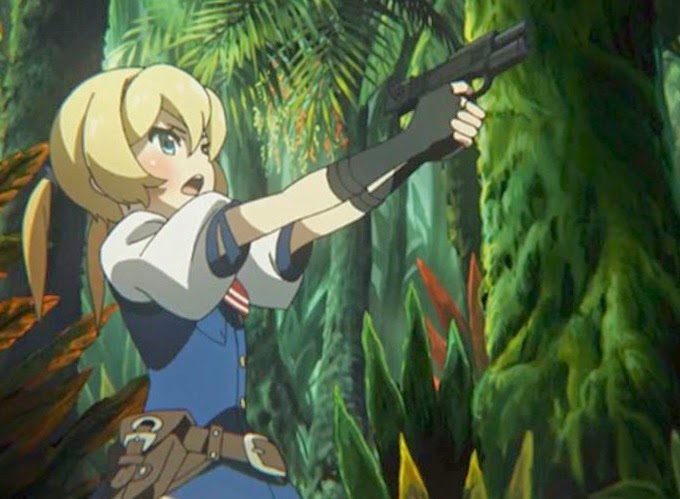 Etrian Odyssey Untold: The Millennium Girl, is effectively an introduction to the Wizardry-style dungeon crawler RPG. It feels weird to write that, because it’s not actually an easy or straightforward game, but that is exactly what this game is.

As a remake of the first Etrian Odyssey, released on the Nintendo DS back in 2007, players who have played the original will be disappointed to know that the additions are perhaps a little light. There’s a story mode that adds in some new maps, voice acting and cutscenes and the like, but the purpose of this story mode is as I’ve described above; it’s there to introduce new players to the world of Etrian Odyssey and the structure of Wizardry-style games, and so this extra content actually feels quite limited, coming from the perspective of someone who has completed just about every game in this genre that has been produced in recent years.

It also doesn’t help that the narrative isn’t anything special (girl with amnesia etc etc etc), and the voice acting is painful. Having just come from playing Demon Gaze, which genuinely tried to be different, The Millennium Girl’s narrative feels quaint and safe, and that’s a pity. The cut scenes are nicely animated, but the characters are a generic mess, so it’s difficult to care too much about their plight. The story does try and throw in one or two moments of intrigue, but without the investment in the characters, the dramatic highs lose some of their impact. Everything about Untold’s script is nice, but nice isn’t really good enough. 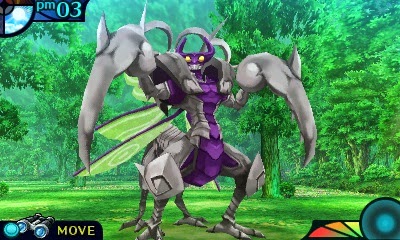 For players who tire of the story, or simply want to play Etrian Odyssey as it’s meant to be played, it’s also possible to play through the game as a remake of the original DS game, as the original was designed. This gets rid of the story sequences, allowing players to create their own characters and delve into largely the same dungeons that they might have faced in the first game… enhanced by the 3D of the 3DS, naturally.

I see this as generally a good thing. The original Etrian Odyssey featured spellbinding level design, and as much as I enjoyed the fourth game in the series (having never had the chance to play the second and third), I do think that the original has a purity of vision. There’s no grand overworld to explore, as there was in the fourth, but rather, there’s one giant dungeon filled with deadly monsters to either avoid or destroy, and some basic environmental puzzles to work through. The developers have changed just enough around that I didn’t feel like I was playing the exact same game (or my memory is hazy enough that parts of the adventure felt fresh), but they didn’t lose sight of the excellent level design, or carefully curated difficulty curve.

And, of course, there’s the need to map the dungeons as they’re being explored. One of the unique hooks that go people into this series in the first place was the dungeon mapping; on the bottom screen players are provided with some virtual grid paper, and it’s up to the players themselves to draw the maps as they explore around. It seems like such a simple feature (or even regressive, considering that other games do the mapping for you), but it’s a feature that hearkens back to years of playing the pen-and-paper Dungeons & Dragons game, or the early Wizardry games that would not keep a map at all. With those games players would need to draw their own maps, and its a spot of pure nostalgia for Etrian Odyssey to do the same. 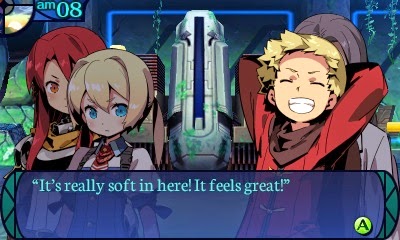 Combat remains nicely strategic and challenging. It loses a few bells and whistles that Etrian Odyssey IV innovated into the structure, but the basic class combinations in The Millennium Girl allow for plenty of strategy and customisation. There’s also a nice system that has been built in that allows players to pick up “Grimoire Stones” through battle, and these stones provide characters with additional skills – some even taken from enemies. Apparently this system was first added to the franchise with the third game; it’s a fun system so I’m glad to see the original has been updated to include it for The Millennium Girl.

The presentation is lovely, with the music being an especially compelling highlight. There’s three levels of difficulty to choose between, and while I can’t imagine playing a dungeon crawler on anything but the most difficult setting, as I mentioned at the start of the review, this is the best game for genre newbies to try out, and the more casual difficulty settings will help them overcome the walls of difficulty that these games like to throw in.

Warriors to invade PCs for the first time in the west